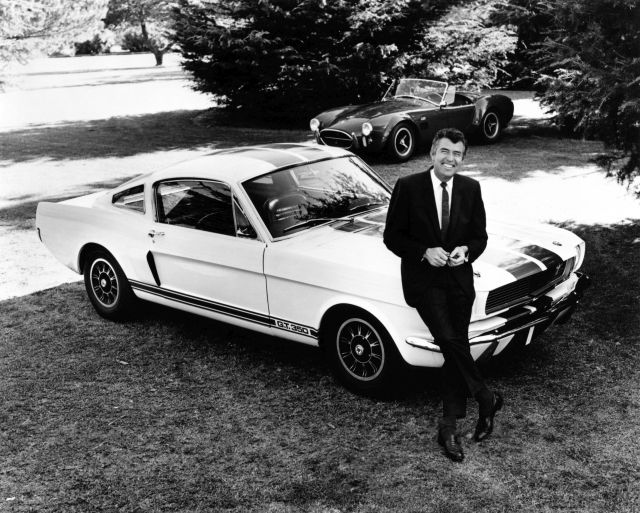 It is a lesser known fact that the legendary Texan, Carroll Shelby, was forced to work on the famous Shelby Mustangs. Back in 1962, Shelby got support from Ford Motor Company when he started producing his Shelby Cobra engines. Three years later, Ford called in his favor when they needed somebody to turn an ordinary Ford Mustang into a Corvette-beating sports car. At first, Shelby was reluctant because he wanted to continue developing and winning with his Cobras. But, Henry Ford II reminded Shelby who helped when the Cobra project started.

Soon, the first prototype of the Shelby GT 350 was ready. In 1965, they officially released the car as a pure racing machine for the street. In just a couple of months, the new Shelby Mustang proved to be successful. It even managed to beat the Corvette in the Sports Car Club Races of America championship.

Shelby produced Mustangs under his own control from 1965 to 1967 in a facility near Los Angeles International Airport. However, starting from 1968 to 1970, Ford produced Shelby Mustangs in Michigan under their control.

The reason was simple: the production of the Shelby Mustangs took much of Shelby’s time. In 1967, Henry Ford II asked Carroll to participate in Ford’s Le Mans project with the GT40, which Shelby accepted. In fact, the true production of Shelby Mustangs stopped in 1969, but Ford gave the leftover models new VIN numbers and sold them as 1970 models later.