Even though they use the term, “European design,” in the automotive industry to mark specific aesthetic values, not on domestic cars. But the truth is, all cars look the same these days. Gone are the times when real artists designed cars. In fact, today computers, wind tunnels and even marketing experts to determine design elements. If you don’t know the badge on the hood, chances are that you won’t be able to tell if a new car is American, European or Japanese.

However, in one period of car history, American car design was globally popular. Car manufacturers and fans respected and widely imitated U.S. cars. This was especially true during the post-war period when European manufacturers struggled to survive the harsh reality of slumping sales. They watched as those American car brands introduced fresh, Googie-styled cars with chrome fins and powerful engines. The cars coming out of Detroit showed America as the promised land and the leader of the free world.

For a couple of decades, American design was dominant in the car industry across the globe. Most manufacturers tried to copy the aesthetics and feel of American models of the period. Some even presented cars that were obvious copies of U.S. models, but on a smaller scale and with different technology. However, in those days, the patent laws were not as strict, so most car companies managed to get away with it.

Here is an interesting compilation of the top 14 European cars with American-influenced designs. Although you may recognize some of them, most of them will be a true domestic design revelation. 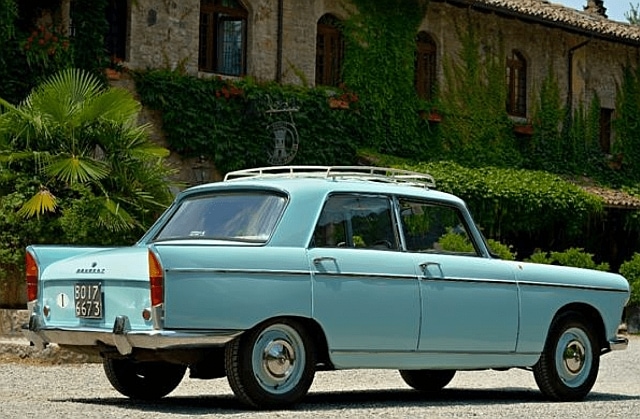 The 404 was a popular French mid-sized family sedan Peugeot produced from 1960 to 1975. It came with a 1.5 or 1.6-liter four-cylinder gasoline engine or a 1.9-liter four-cylinder diesel unit. It was one of Peugeot’s bestsellers and was popular all over the world. The Peugeot 404 was a masterpiece of contemporary car design. It had straight, elegant lines and sported a chrome grille and rear fins.

Since chrome fins were an American design feature, it’s obvious where the Peugeot designers got the inspiration for their 404. In fact, if you saw the 404 from the back, it would remind you of several American models from the period. And if you saw it in traffic, you could easily mistake it for a domestic model. The only sign that would give the 404 away is its compact size. This Peugeot is about a third smaller than a regular U.S. sedan from early 60’s.