25 Facts About the Legendary Ford Mustang

For over 50 years, the Ford Mustang has been America’s favorite pony car. But from today’s perspective, the Mustang is no longer just a vehicle. It is a symbol of industry, a design statement and a cultural icon. But most of all, it is one of the bestselling American cars of all time. Since its introduction in April 1964, Ford has sold over 10 million copies spanning six generations.

Over the years, the Mustang endured numerous recessions, technology changes and difficult situations. However, it has always remained true to its original concept as a rear wheel, two-door coupe or convertible with dynamic styling and high-performance aspirations. There was a time in the mid-70s when those performance aspirations were just a marketing slogan. Yet the Mustang still managed to survive and returned with a vengeance.

Fortunately, the Mustang came back with more power, updated technology and a better design, reclaiming its top position on the car scene. So keep reading to learn 25 bits of the most important information from 55-year long Ford Mustang history. These key tidbits will help you understand this American automotive legend. Find out why this car is such an iconic model and why it means so much to so many Mustang enthusiasts all over the globe. 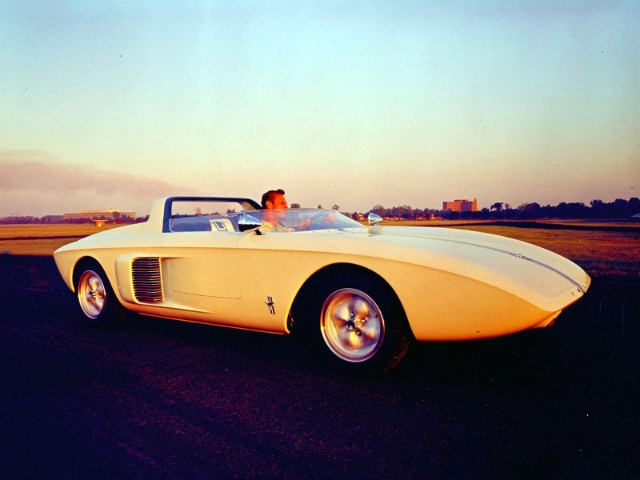 Ford first used the Mustang name on a concept car in 1962. The Mustang I was a little two-seat roadster with a rear-mounted 1.7-liter V4 engine from Ford Europe. Also, it had a modern wedge-shaped body of aluminum. The original idea behind the concept was to develop a small sports car that could compete with those European imports like the Triumph TR3 or MG A. However, despite the favorable reaction from car enthusiasts, Ford decided to go the other way. 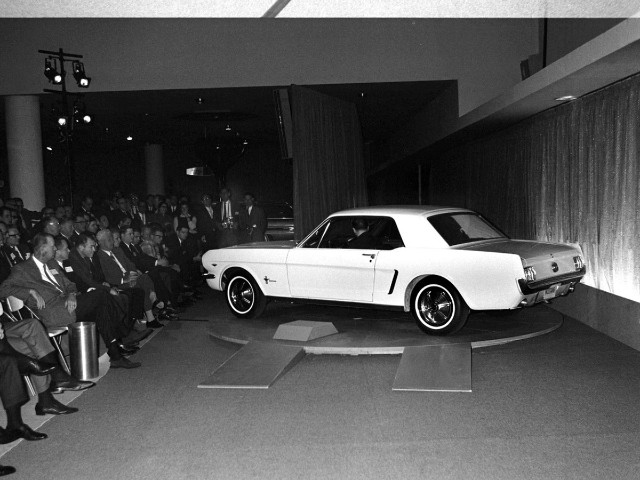 On April 17, 1964, Ford officially presented their new model after an aggressive marketing campaign, placing ads in all the major newspapers and national TV channels. The result was a total frenzy since consumers all over the county went crazy for the new car. In fact, on the first day of Mustang sales, Ford sold more than 22,000 of them. 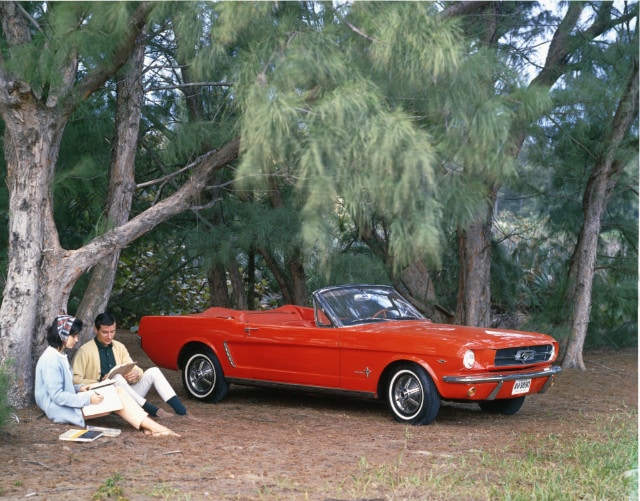 Ford’s marketing strategists designed the Mustang with an affordable base price, but with a long list of options. Although the base price for the 1964 model was just $2,368, the average buyer spent around $1,000 more on extra equipment. 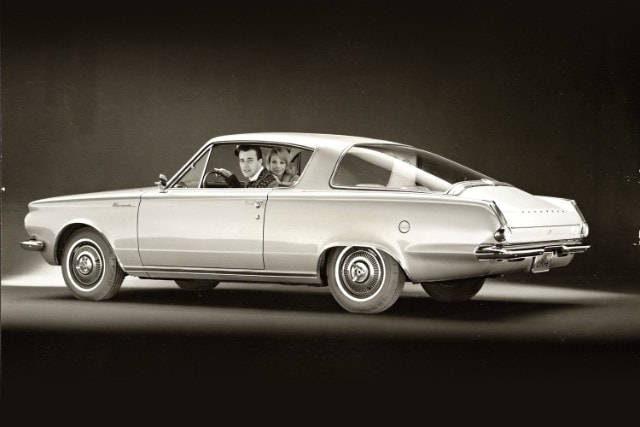 Although the Mustang created a new car segment, which they coined “the pony car” after the most popular model, it wasn’t the first. To be perfectly honest, they introduced the Plymouth Barracuda just two weeks earlier with the same concept, but with much less success. 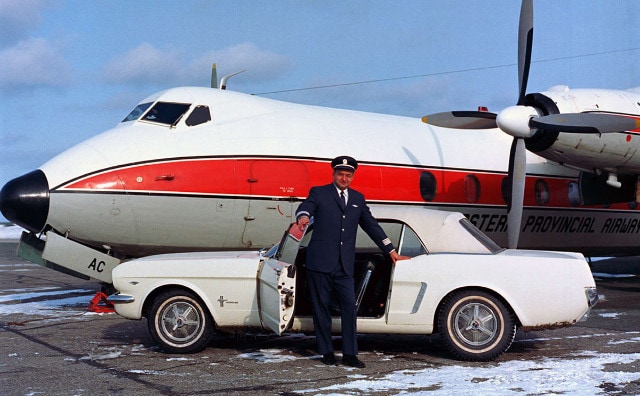 In most cases, car manufacturers don’t sell their early cars or pre-production examples to the public, but instead, they use them for promotional purposes. However, they accidentally sold the Mustang with the first VIN number of 5F08F100001, which was serial number 1 to a Canadian airline pilot. When Ford realized they sold the car, they found the owner and later managed to get the first Mustang back by trading the one-millionth example, which was the 1966 model. 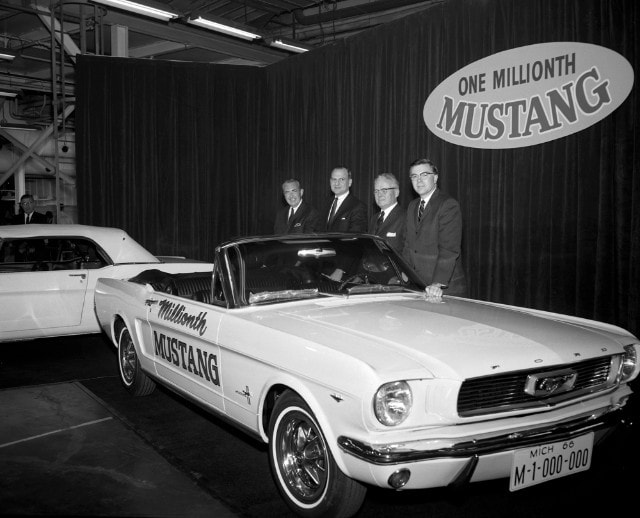 The initial popularity of the Mustang was overwhelming for Ford because they couldn’t build enough of them. In 1966, just a year and a half after its release, Ford produced the one-millionth car. Since that was an extraordinary achievement the Mustang entered the books as the fastest selling car in automotive history. 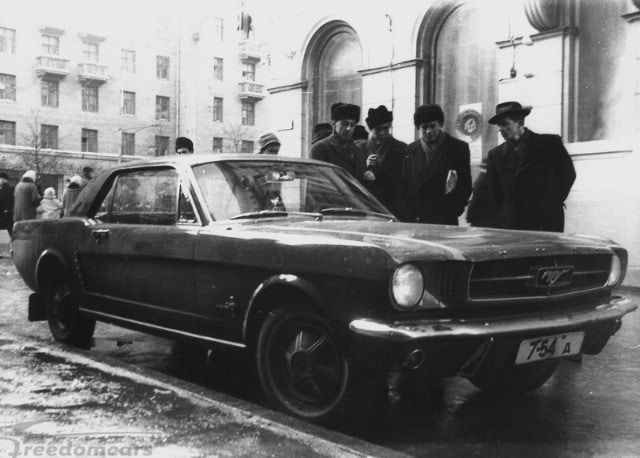 America went crazy for the Mustang, but so did the rest of the world. As a matter of fact, Ford sold the Mustang in almost all of Europe, Australia and South America. And soon, the Mustang created an enormous global trend that goes on to this day. 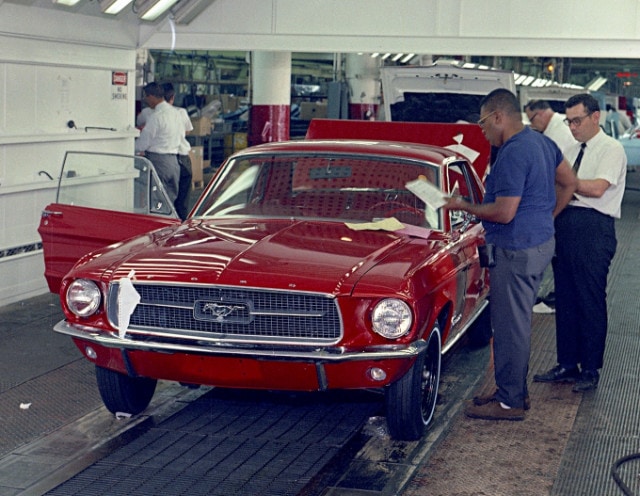 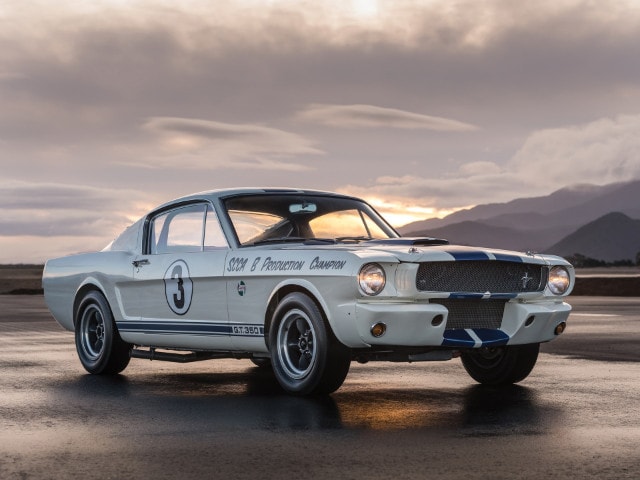 From the beginning, Ford pushed the Mustang as a racing car, and in the hands of Carroll Shelby, it was a winner. Although he based his legendary Shelby GT350s on the regular Mustang Fastbacks, Shelby equipped them with numerous improvements. And that made them almost invincible. 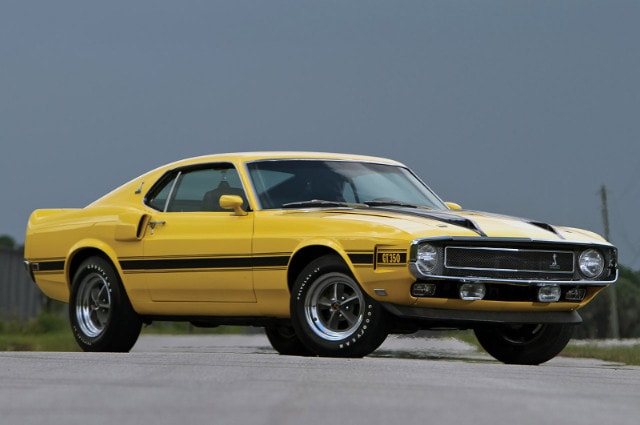 Although Ford offered the Shelby GT 350 and GT 500 in 1970, the truth is they built those cars in 1969, selling the leftovers a year later. But to do that, Ford decided to change the VIN numbers to 1970 codes. However, it proved to be much more difficult than anybody expected.

In fact, the U.S. government sent their FBI agents to make the changes. The problem is that changing VIN numbers is a federal offense. So, a federal agency must perform this action in order to do it right. If you own a 1970 Shelby, the FBI probably approved it early in its life. 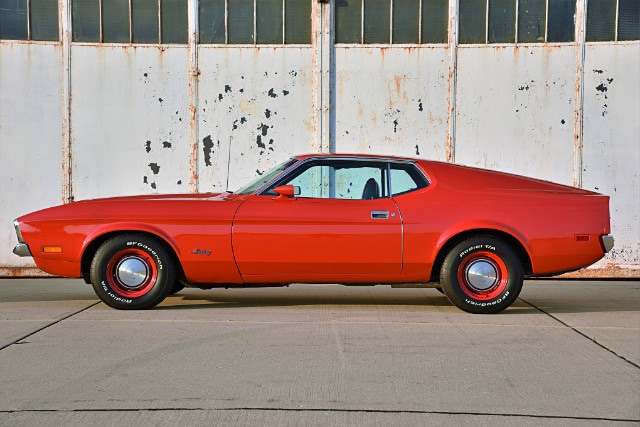 For years, Ford built the Mustang on the compact Falcon platform. But, by the late â€˜60s and in 1971, the Mustang grew with its third and final redesign. In fact, it gained almost 600 pounds and got a much longer body. The car was more powerful than ever, but it was also quite heavy and the fuel economy was poor. 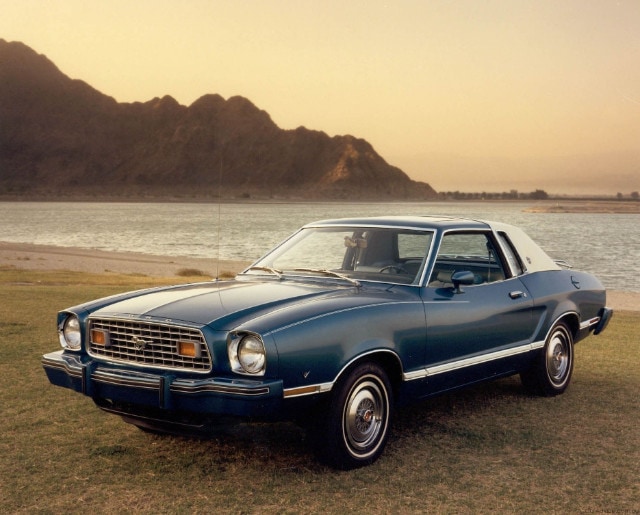 Sadly, the 1974 Mustang was nothing like the fire-breathing models before it. Ford built it on the Pinto platform, so it was much smaller and lighter. In fact, the Mustang II was basically a compact car. Also, its high performance was gone and even though it had a V8, it was nothing like the older cars.

However, despite the fact it disappointed most Mustang enthusiasts, the Mustang II sold well over a million examples. It even managed to sell over 400,000 copies in the first year. This makes the Mustang II almost as popular as the original model, securing its place on the market. 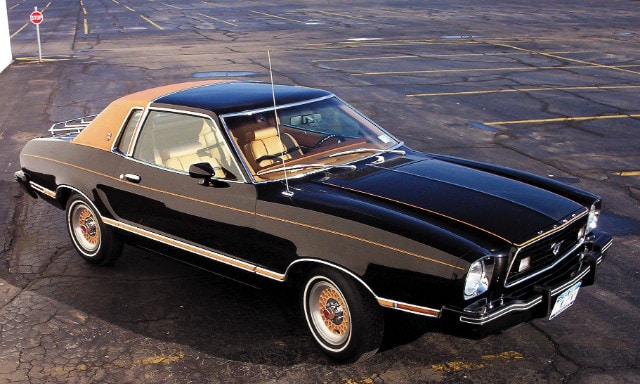 Ford presented the second generation of the Mustang in late 1973 as a 1974 model, selling it throughout 1978. However, it was the most boring generation of all since the cars were slow and paled in comparison to those older models. Also, the Mustang II didn’t have any street credibility and almost no race pedigree. But it sold well, and that was all Ford was looking for in the mid-70s. 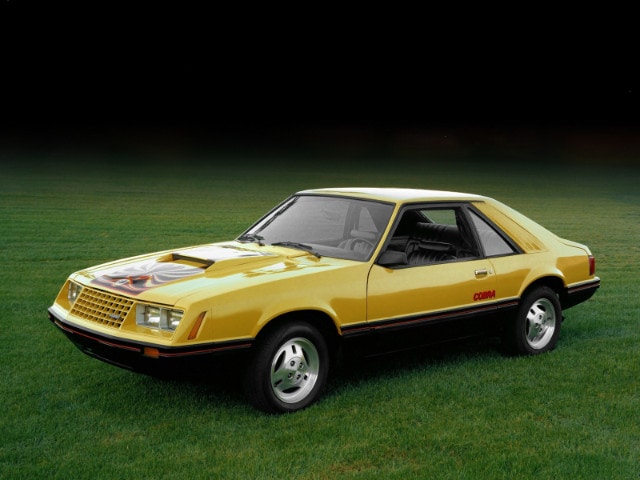 In 1979, Ford revealed the third generation Mustang they based on their Fox-body platform. The car was small and modern, featuring numerous improvements over the previous models. The Fox-body Mustang was advanced and included a turbocharged engine in the lineup. And that made the Mustang a technologically modern car, ready to fight its competitors from Europe and Japan. 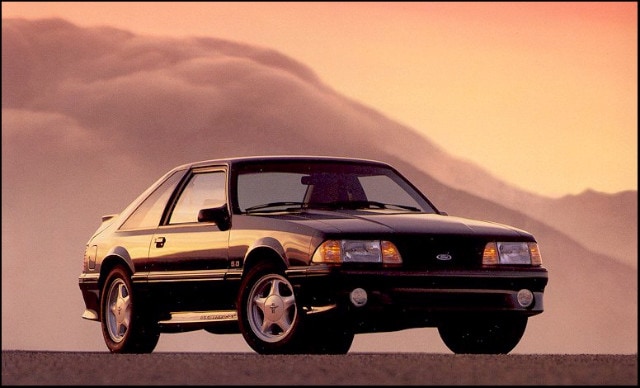 During the â€˜80s, the Fox-body Mustang remained popular. However, the real treat for Ford enthusiasts was the introduction of the legendary 5.0 HO V8 engine. They presented the unit in 1982, but in 1987, they rated it at 225 HP with 300 lb-ft of torque.

And those numbers are what made the Mustang a real performer. In fact, it was one of the best deals in the sports car field. So after over a decade of poor performance, the 5.0 HO put the Mustang in the spotlight of speed-loving buyers again. 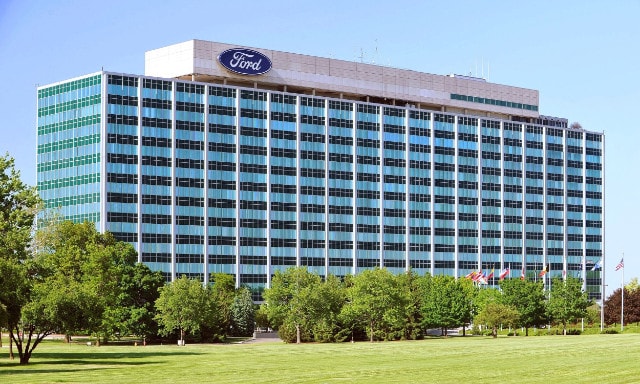 In the late â€˜80s, despite solid sales numbers, Ford wanted to discontinue the rear-wheel-drive Mustang. They had plans to introduce a more affordable, smaller and slower model they would base on the Mazda front-wheel-drive platform with the same name. Their intentions were published in several magazines.

All of sudden, tens of thousands of letters started arriving at the Ford headquarters. And most of the letters were quite harsh. In fact, some fans even threatened the company if they killed the Mustang. Ford got the message, so they started designing the fourth generation, which debuted in 1994. 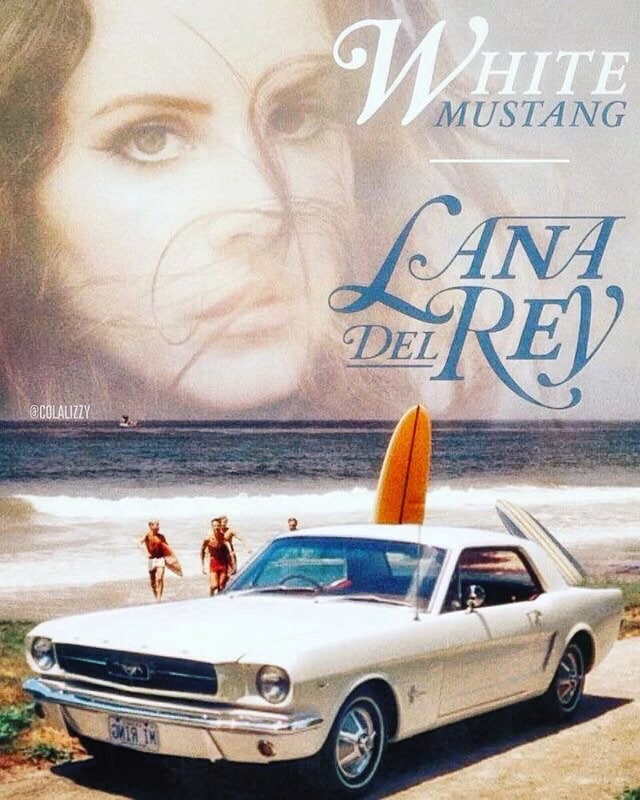 It is hard to believe, but the Ford Mustang is the theme of over 50 songs. From Mustang Sally by Wilson Picket in the mid-60s to Lana Del Ray’s White Mustang in 2017, this pony car has been an inspiration for many artists. So, it is amazing how one car can inspire so many singers and songwriters and create not only automotive history but musical history, as well. 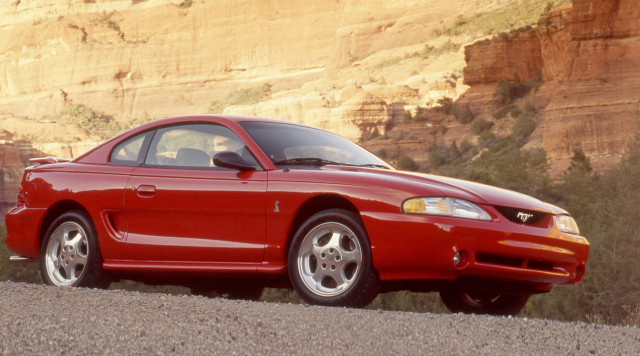 Ford unveiled the fourth generation Ford Mustang in 1994, selling them until 2004. They based the car on the old yet venerable Fox platform but made lots of modifications and improvements. They named it the SN95 Project, assigning a $700 million budget to it. 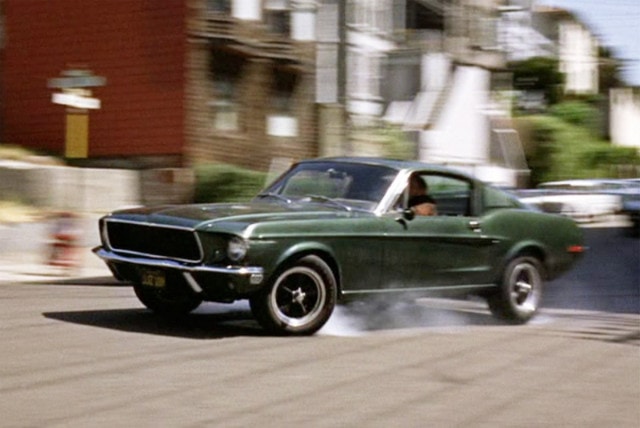 Although the exact number will certainly never be known, there are over 10,000 movies and TV shows featuring the Ford Mustang at least in one scene. Regardless of the model year, version or engine, the Mustang is probably the most popular car in movie history. Interestingly, the Mustang is often not just in American-made movies, but also in European and Asian flicks. 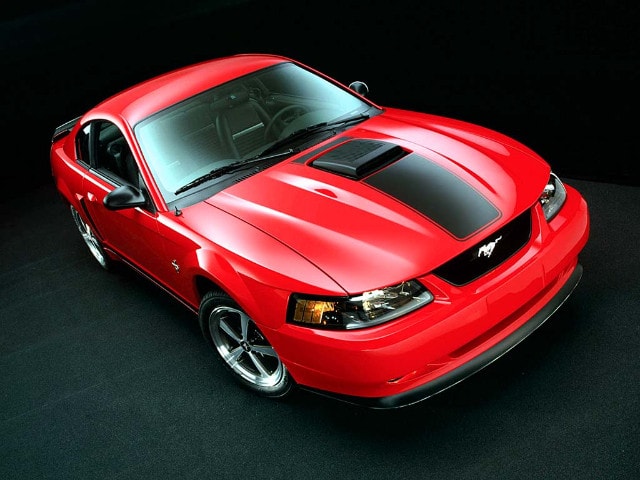 During the 10-year production span of the SN95 generation, Ford reintroduced some legendary names from Mustang history. So, the Special Vehicle Team or the SVT, as well as the Cobra returned in the Mach I and Bullitt special editions. And that was the perfect introduction for what was about to come next. 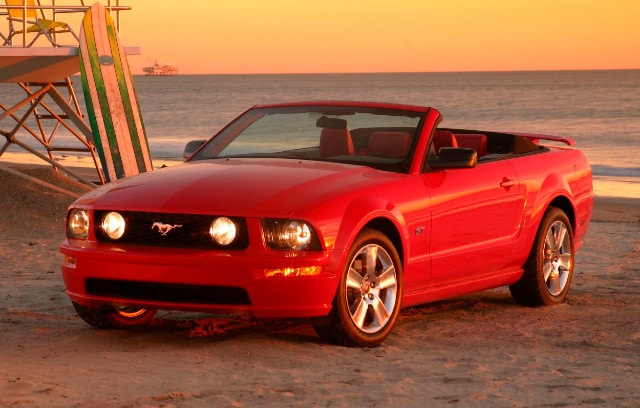 The fifth generation was the pinnacle of retro-styling and when Ford revealed the 2005 Mustang, everybody loved the classic proportions and details. However, the car was all new with an improved performance and chassis. But, Ford decided to keep the rear live axle set up, so they received criticism from the automotive press, as well as their fans. 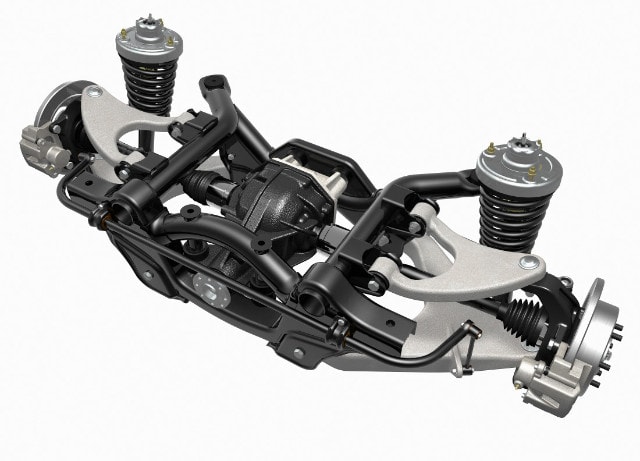 After exactly 50 years, the Ford Mustang got its most important improvement in 2014, which was the independent rear suspension or IRS. Staying true to the muscle car bible, having a live rear axle was outdated for decades, but somehow Ford managed to pull it off. However, for the new, sixth-generation model, Ford introduced IRS and gave the Mustang a chance to fight in the sports car field. 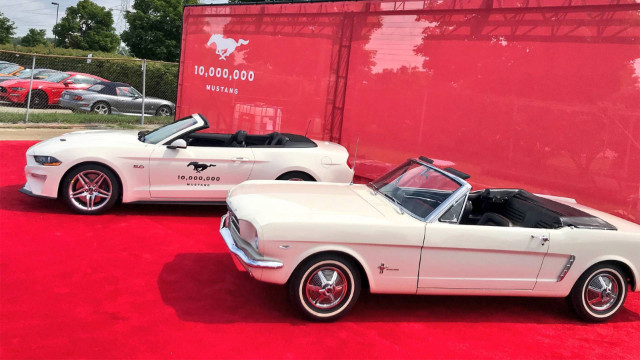 In 2018, Ford and the Mustang reached an important milestone, the 10th millionth car. Interestingly, it was a white convertible with a V8 engine that was nearly the same as the original No 1 car from way back in 1964. But that was an impressive achievement as well as a unique moment for Ford and all Mustang loving fans all over the world. 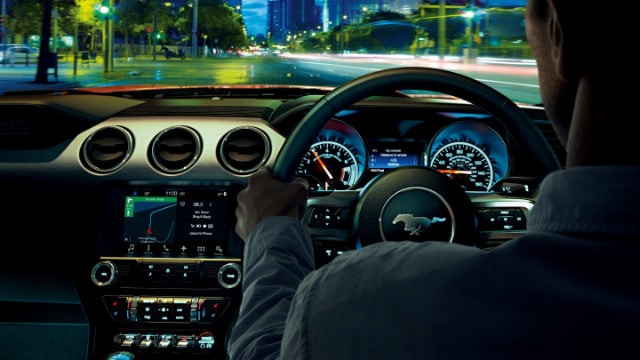 Although they did numerous conversion jobs over the years for customers who wanted their cars suited for the right-hand drive or RHD market, Ford never offered any official products with the steering wheel on the other side. That was until 2014 when Ford announced they would build RHD Mustangs for their customers in UK, Australia, Japan and elsewhere. 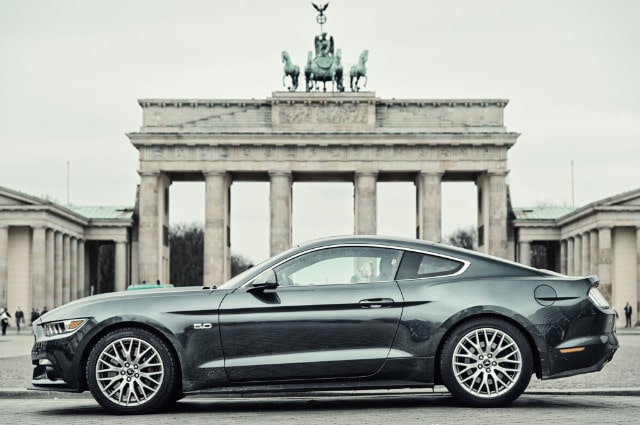 In 2016, the Mustang achieved a milestone, unlike any other American car. It outsold BMW, Mercedes and Audi on their home turf in the sports car class. In the summer of 2016, Ford sold 780 Mustangs in Germany, which was more than any Porsche 911s or Audi TTs they sold in that month on the domestic market. From a financial standpoint, it is not major news, but for Mustang fans, it was an extraordinary moment. Best of all, it just shows how well fans all around the glove receive the Mustang.

This list includes all you need to know about the legendary Ford Mustang. Hopefully, you learned something new that you can share around the office water cooler or at your next party. And better still, the Mustang continues to inspire and delight fans from every walk of life.