20 Facts About the Legendary Chevrolet Corvette

Although the Chevrolet Corvette is not the only sports car they produced in America, it is by far the most popular, iconic and successful. Chevy presented it in 1953, designing the Corvette to battle those European sports car companies like Jaguar and Ferrari. And they did just that for the next 66 years.

Contrary to other sports cars on the market, the Corvette was always an obtainable model in terms of price. So, it was much more interesting to regular car lovers who could afford it at some point. The models from Porsche and Ferrari were always too expensive for the average car enthusiast. But the Corvette was within reach, which made it even more desirable.

So, today, you will learn 20 interesting and important facts from the history of the Corvette. Even in today’s highly sophisticated world of sports cars, Corvettes are relevant, respected machines. Especially with the introduction of the revolutionary mid-engined C8 generation just around the corner. And that is why this list can help you understand this automotive icon. 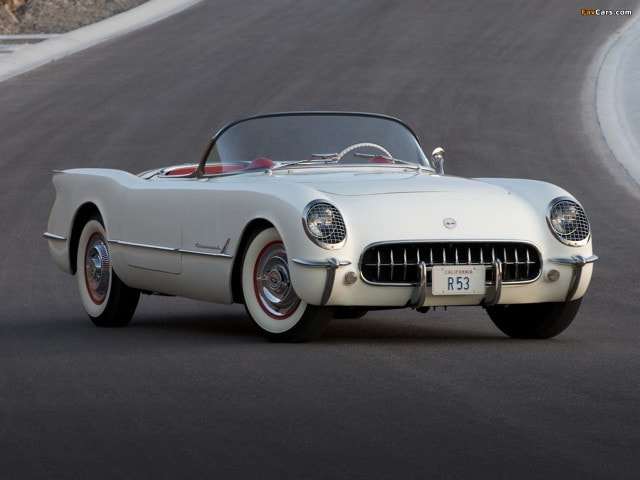 Chevrolet made big news in 1953 with the introduction of a proper sports car they named the Corvette. It was the polar opposite of what Chevy produced back in the day. They made the car out of fiberglass. Also, it was a two-seater with a low silhouette, sporty performance, and high price. They only made 300 in 1953 that all were white with a red interior. 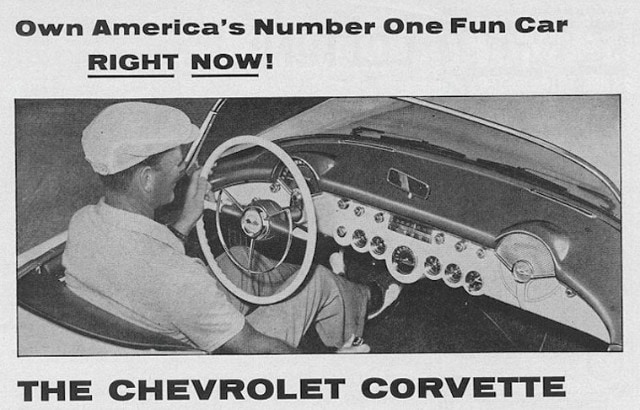 Although the press and fans loved the car, Chevrolet realized that their Corvettes were tough to sell. One of the reasons was that the market wasn’t used to the fact that Chevrolet was producing a Ferrari competitor. Also, the early Corvettes weren’t that fast since they were powered by a straight six instead of a small-block V8.

The Chevrolet management team even considered dropping the model from the lineup. However, Zora Arkus Duntov persuaded Chevrolet to install a V8 engine for more power and performance. 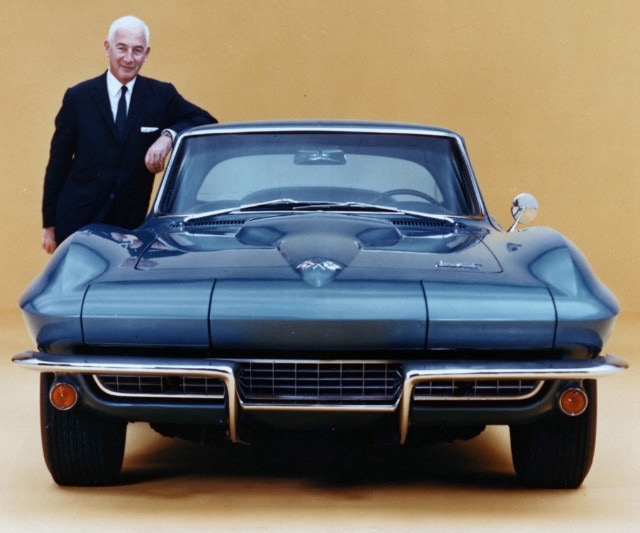 Belgian-born engineer Zora Arkus Duntov was one of the most interesting people connected with the legend of the Corvette. Often called “The Father of the Corvette,” Arkus-Duntov wasn’t with Chevrolet when they designed the original model. But soon, he led the team of engineers and transformed the Corvette into what it is today.

He did that first by giving the Corvette V8 power and second, by entering it in the races. This approach proved successful, so Zora Arkus-Duntov saved the model. And he had an influence on its development until he retired in the early ’70s. 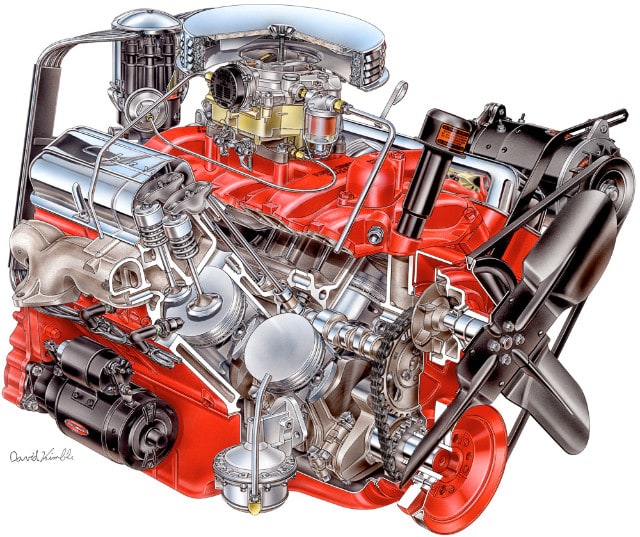 The 1955 Corvette was the first with V8 power, which transformed the car by giving it better performance and credibility. Although it was just a 265 CID small block, it delivered 240 HP. And that was outstanding by the standards of the day. Also, since the Corvette was light, the performance numbers were strong. 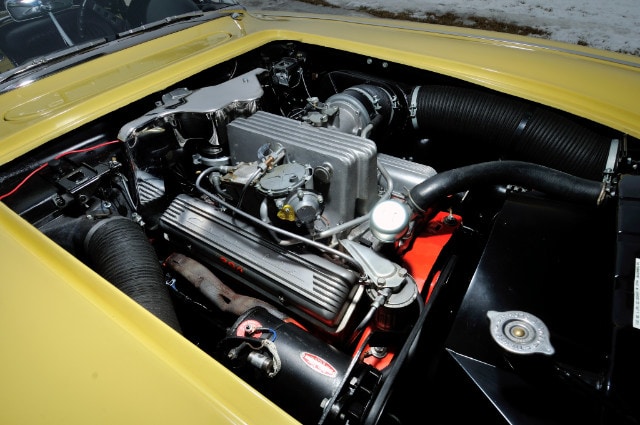 Back in the ’50s, fuel injection was sci-fi technology since all the cars had carburetors. However, in 1957, in the relentless quest for the performance inspired by Zora Arkus-Duntov, Corvette chose the fuel injection option. And that upped its power to almost 290 HP. This was a fantastic achievement that made the 1957 Corvette even faster and more sought-after. 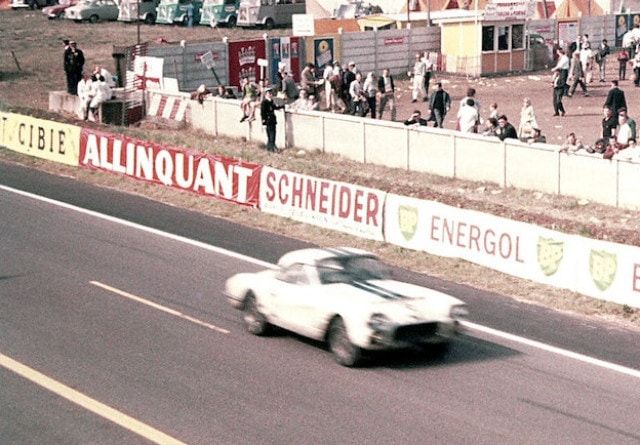 An important year for the Corvette was 1960 since the Chevy factory-backed the famous American racing impresario, Biggs Cunningham and his Le Mans effort. Biggs Cunningham was one of the biggest names on the international racing scene in those days. Although he tried to win the Le Mans several times with his own creations, he never managed to win, despite getting good results and expending lots of effort.

So, on June 26, 1960, a highly modified Chevrolet Corvette became the first American car to win the 24 Hours of Le Mans race. It won the GT class in front of numerous Jaguars, Ferraris and Porsches with John Finch and Bob Grossman at the wheel. The success made Corvette the talk of the global sports car community. But, best of all, it transformed the ‘Vette into a respectable force on the racing scene. 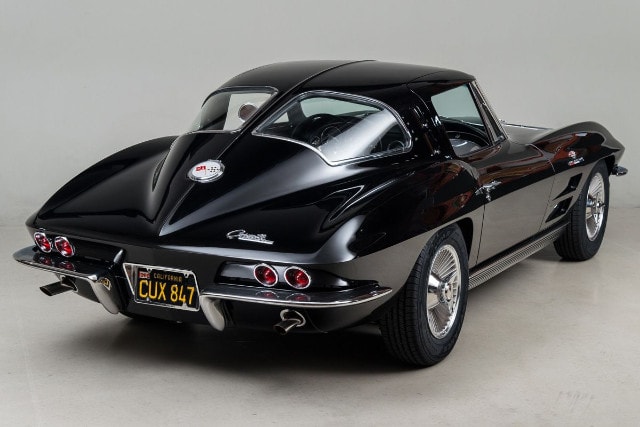 1963 was an important year for the Corvette since Chevy presented the C2, aka the Stingray. For the first time, they offered the Corvette as a coupe and convertible. It came with an all-new engine, design and technology. The 1963 model also featured an independent rear suspension setup that was advanced for the early ’60s. Also, the coupe had a special split rear window that only lasted for one model year, but that made it legendary and coveted by collectors today. 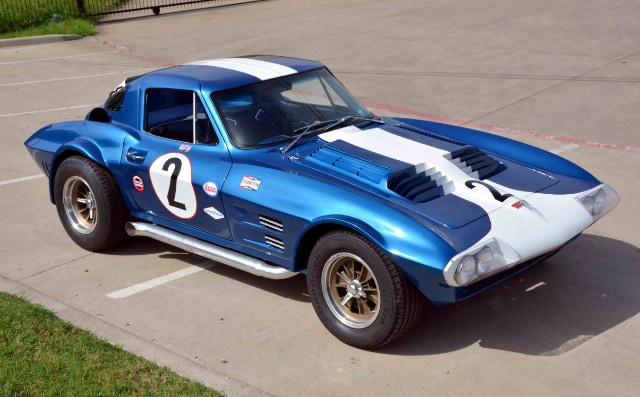 By the early â€˜60s, the Corvette has already proven itself on the market, and now it was time to prove itself on the race track. So, Zora Arkus-Duntov and his team prepared five Grand Sport Corvettes. They gave them modified bodies, special suspensions, fully loaded race engines and a host of other specially built components. 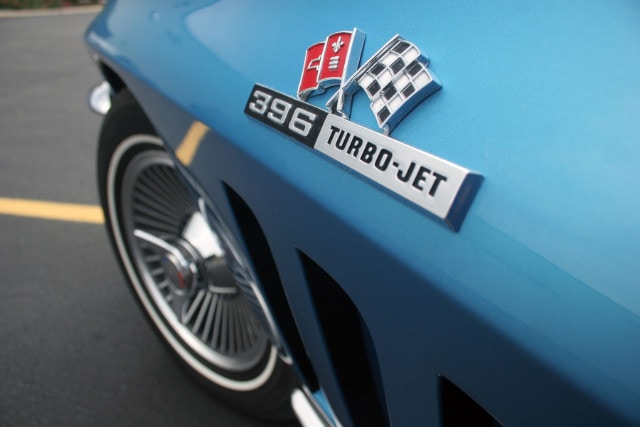 The first time big block power graced the engine bay of a Corvette was in 1965 when Chevrolet introduced the 396 V8 option. This engine brought even more performance, making the Corvette one of the quickest cars you could buy in the mid-60s, even considering the high-priced European exotics. From that moment, the Corvette received Chevrolet big blocks like the 427 and 454, and even the mythical all-aluminum 427 ZL-1. 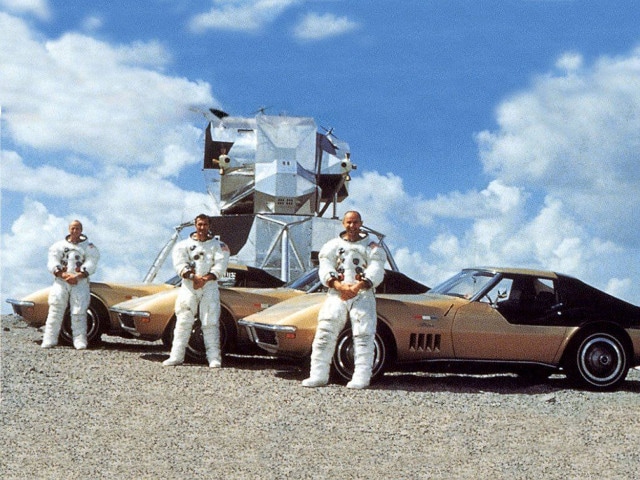 Alan Shepard was the first American in space as well as a huge Corvette enthusiast. In fact, he owned several models, including a white ’62 convertible that was a present from GM. However, just before the legendary Apollo 11 flight, Neil Armstrong, the first man on the moon, bought a Marina Blue â€˜67 Corvette 427.

Interestingly, the relationship between the astronauts and the Corvette continued when all the Apollo 12 members received identical gold 1969 Corvettes. Even today, the members of the NASA space projects drive America’s favorite sports car. 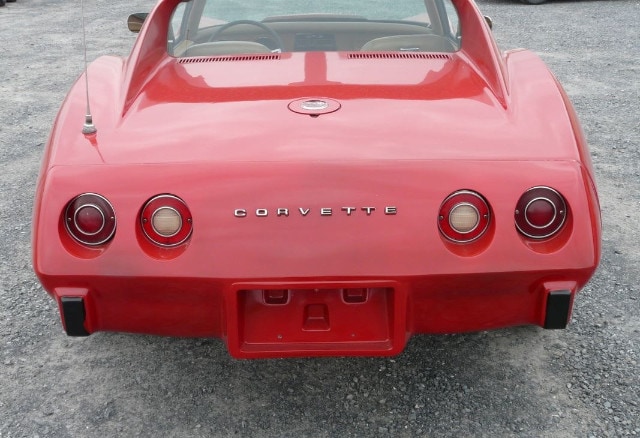 It is hard to comprehend today, but from 1963 to 1982, Corvettes didn’t have an opening trunk. In fact, they only had a small luggage compartment behind the seats and even less space in convertibles. If you look at the pictures of the models produced in those model years, you will notice that not a single one has an opening trunk. This made Corvettes fun vehicles, but not particularly practical for long journeys. 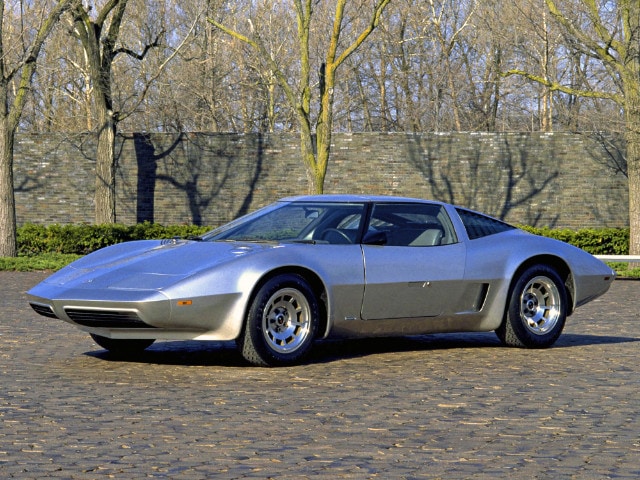 The mid-engine layout has been the obsession of the Corvette engineers for decades. Between 1960 and 1977, there were around 10 fully functional Corvette prototypes with that drivetrain layout. They presented a functional prototype at the 1973 Paris Motor Show, which they received with mixed reviews.

The styling was attractive, and 420 HP was double the power of a regular 454 Corvette. But people were reluctant to accept the idea of a mid-engined Corvette with a zooming sound of the engine instead of a recognizable V8 rumble. After Chevrolet realized the costs of introducing such a car, they scrapped the project. 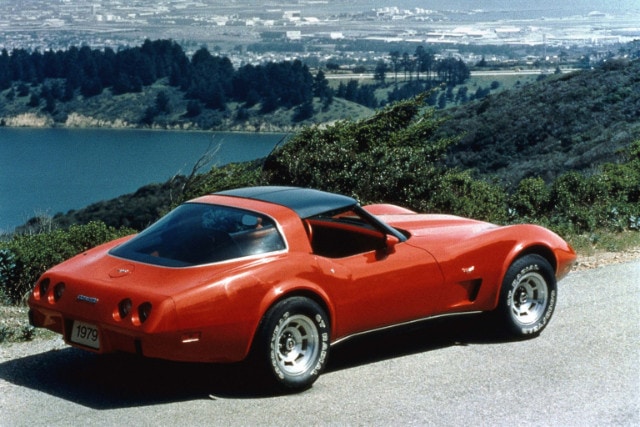 Interestingly, 1979 was the bestselling year in all of Corvette history with annual sales of a whopping 53,000 units. This was quite an achievement, especially because, by 1979, the Corvette C3 design was 11 years old. Also, the car had lost much of its power due to tightening government regulations. However, it was still interesting to car buyers, thus the high production numbers. 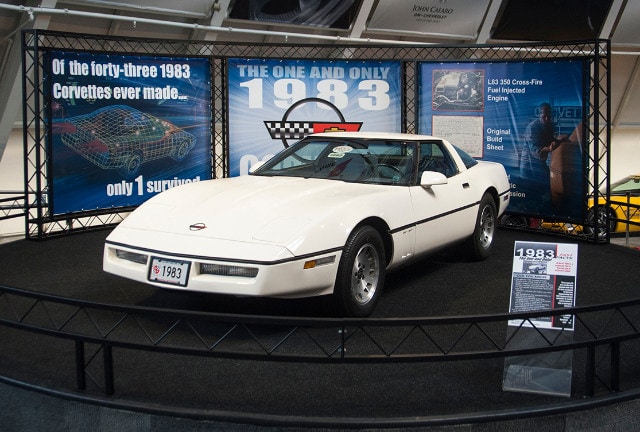 After years of planning the Corvette C4 generation, preparing for production and perfecting different production methods, Chevrolet built around 60 preproduction 1983 Corvettes. However, they found out that the cars were below the standards, so their factory needed more time to prepare for production.

This meant that there was a one-year gap in Corvette history, so C4 production started in 1984. It was a tough decision, but Chevrolet chose to kill the 1983 Corvette, so they destroyed all but one example. The sole remaining 1983 Corvette is now in the National Corvette Museum as an interesting reminder there once was an â€˜83 Vette until Chevrolet canceled it. 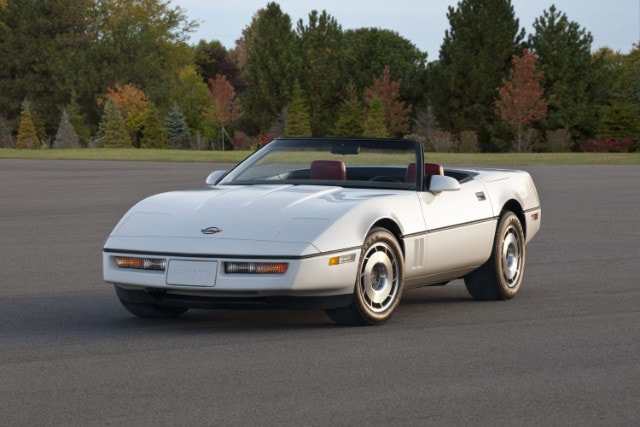 The Corvette C4 was the car that singlehandedly saved the Corvette from its demise due to the recession and a lack of popularity. During the last couple of years, the C3 generation was a joke with its warmed up â€˜60s styling. Also, its big, heavy engine produced less than 200 HP.

However, in 1984 everything changed with the arrival of the C4. The car was new from the ground up, with an updated chassis, engine and design. And best of all, it had a crazy digital dash in the interior. Over the years, Chevrolet managed to turn it into a world-class sports car with the performance and road holding that could rival those European exotics that were far more expensive. 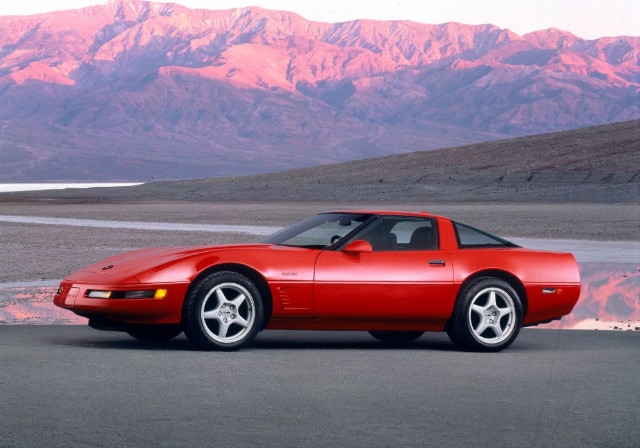 For decades Corvette stubbornly stayed with well-proven small-block V8 engines with one camshaft in the engine block. The primitive technical layout was simple but it delivered durability, dependability, and power to Corvette owners. However, in the early ’90s, the Corvette ZR-1 arrived with an advanced LT-5 engine with 32 valves and dual camshafts to pump out a whopping 405 HP. 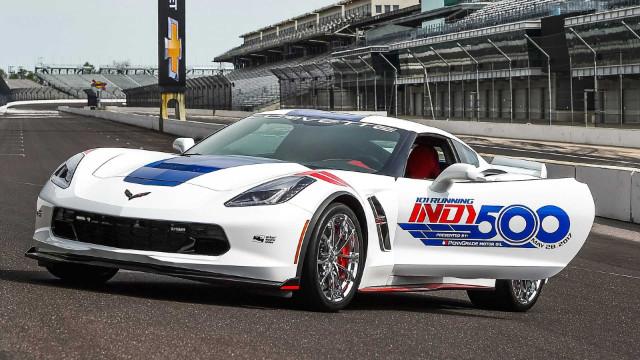 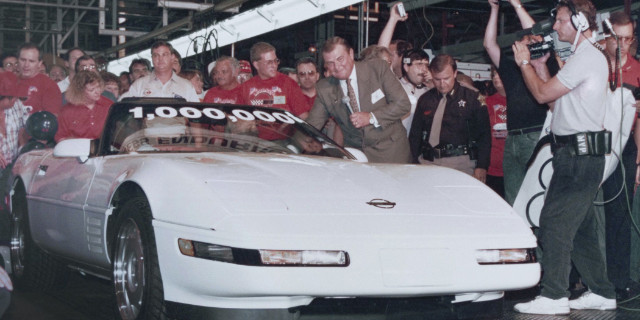 It is amazing Chevy went from producing just 300 Corvettes in 1953, up to building over 1.5 million cars in the last 66 years. The millionth Corvette was a white C4 convertible and this extraordinary achievement makes Corvette one of the most popular sports cars they ever produced. The only other similar model is the Porsche 911, which they also produced in more than a million examples. 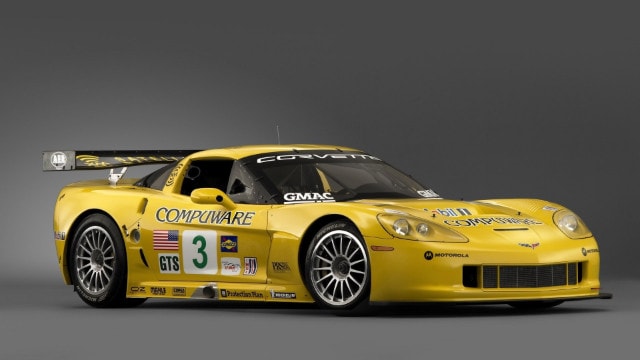 The C6 R debuted in 2005 and stayed in racing use until 2013, which is quite a long time for a high-tech racing machine. Chevy built the car on a Corvette Z06 base. And it featured several V8 engines with displacements varying from 5.5-liters to 7.0-liters. The Corvette C5 R was so extremely dependable and fast, it was well received by racing teams all over the world. And better yet, in 2006, this yellow beast managed to repeat history by winning the class victory at Le Mans. 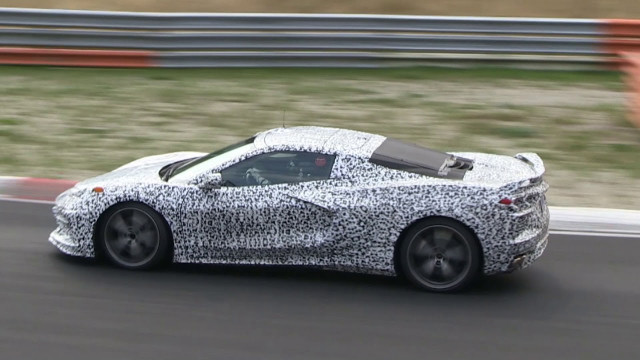 After 66 years of front-engine, rear-wheel drive configurations and dozens of mid-engine prototypes, Chevrolet is finally intruding a proper 21st-century sports cars in form of the Corvette Zora. Appropriately, they named it after the legendary Zora Arkus-Duntov.

This model will feature all-new technology, a mid-mounted V8 engine, and a totally new design. Rumor has it that the engine may be a hybrid. So, expect to see it in 2020. The new C8 generation model will mark the beginning of a new era for Corvette and all its fans.

This is just about all you need to know about the legendary Chevrolet Corvette. It has had a fascinating and lengthy history in the automotive world. Which model year was your favorite? Many â€˜Vette fans are looking forward to 2020 when the new model will be available, but if you can’t wait, there are plenty past models you can buy right now.