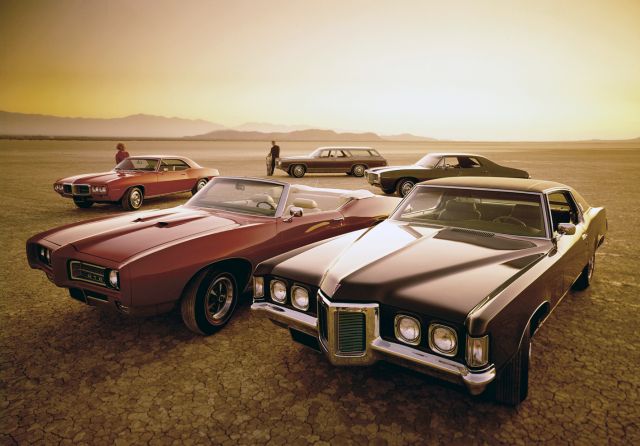 Pontiac has been absent from the American and global car market for several years now. This once famous brand fell victim to the global recession and a sharp drop in car sales. When GM filed for bankruptcy and dealt with the government bailout, management decided to get rid of the nameplates that didn’t make a profit. Time will tell if this was a smart decision, but economics aside, car enthusiasts still mourn the loss of this legendary brand.

Pontiac started as an economy version of the GM long-defunct Oakland brand, which was popular in the mid-20s. They established the company in 1926 and by the early ’30s, it was one of the bestselling GM nameplates they promoted to a separate division. Pontiac was always above Chevrolet and below Oldsmobile and Buick in terms of luxury and price. From 1930s all the way to late 1950s, Pontiacs weren’t all that special and interesting.

But then the company adopted a performance image and built a motorsport heritage. This transformed it into one of the most dynamic and exciting brands on the U.S. car market. This was the winning formula and from that point, Pontiac started offering a stylish combination of performance and luxury that appealed to millions of customers.

So, keep reading to learn about the best Pontiacs they ever made. These infamous cars left an everlasting mark in automotive history. These influential models, legendary shapes and cars presented something new and different than regular GM products. Just browse this list and you’ll see why GM made a big mistake by killing this brand in 2010. 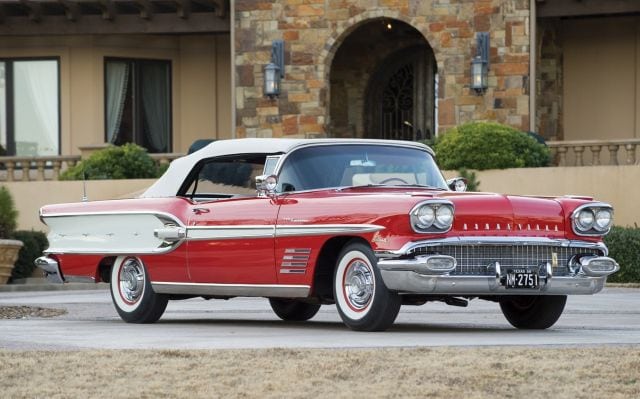 Even though the Bonneville nameplate is famous, most Pontiac aficionados and car enthusiasts connect it with those late â€˜60s and early â€˜70s full-size sedans. However, they introduced the Bonneville in 1958 as a separate model. In fact, this was the car that started the whole performance image for Pontiac. In those days, Simon “Bunkie” Knudsen was head of the Pontiac Motor Division.

But he wanted more excitement for the brand, so Knudsen took a Star Chief model and gave it a full makeover. They improved the design and added a gorgeous rear end that mimicked rocket engines. And then they topped it off with the most powerful engines Pontiac had to offer. The 1958 Bonneville was available only as a two-door hardtop or convertible, emphasizing its performance appeal.

Under the hood was a 370 CID V8 engine delivering 255 HP in its base form. For those who wanted more power, there was the Tri-Power option with 300 HP and the top of the line fuel-injected version with 310 HP. With this engine, the 1958 Bonneville was one of the most powerful and fastest GM cars of the day.

Thanks to its performance and beautiful design, they chose the 1958 Bonneville to pace the Indianapolis 500 race. The Bonneville had moderate success on the market and Pontiac managed to sell over 12,000 copies. Today, knowledgeable enthusiasts highly appreciate this car, but the general automotive public has forgotten.