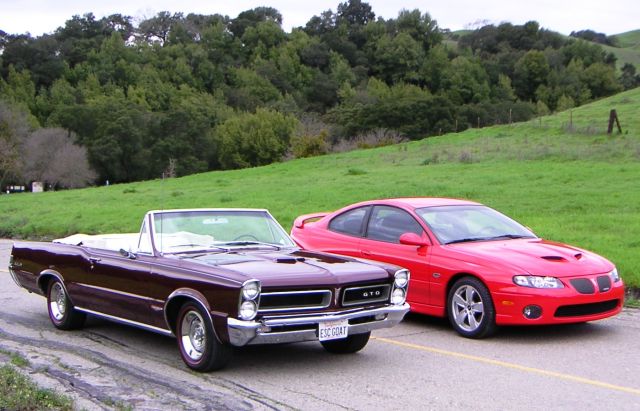 The story of the first proper muscle car, the 1964 Pontiac GTO has become a part of collective knowledge and global automotive heritage. Rarely in car history did a single car become so influential. It not only defined and started the whole class but also stayed relevant long after they discontinued it. The Pontiac GTO was not the first muscle car or American performance model, but it was the first affordable, mid-sized, V8 powered car.

And it set the template for all the other models, regardless of their model year, body style or drivetrain. So, it is safe to say the GTO created the muscle car as a segment and cultural phenomenon. Pontiac produced it between 1964 and 1974, and again briefly from 2004 to 2006. Also, the GTO was a great performance buy and recognizable sight on the streets. With its signature styling details, aggressive stance and sleek silhouette, the GTO was among the finest looking cars of the era.

And even though Pontiac as a brand is dead, the GTO nameplate will live forever. So, keep reading to learn about the best GTOs from its rich history. You’ll find out how the GTO came to be and became one of the greatest automotive legends ever. And finally, you’ll get a look at those classic models as well as concept cars and modern GTOs.

In the early â€˜60s, Pontiac was a success on the drag strips all across America. Soon, the performance aspect became a powerful marketing tool since the new generation of buyers wanted powerful, fast cars. Pontiac wanted to capitalize on its success, but the company was reluctant to invest in a sports car to build from scratch. Also, all their production models were big, heavy vehicles.

However, a young engineer named John Z. DeLorean thought of a genius idea. He wanted to install a big, powerful 396 V8 into a light, intermediate Tempest two-door body. He knew it was an easy and affordable way to create a true performance machine. The result was the Tempest GTO, an option on the Tempest intermediate model. For just $295, buyers could get a high performance 396 V8 with 325 HP in a standard or 348 HP in the famous Tri-Power form.

The package included a manual transmission, unique trim, GTO decals and a dual exhaust. And since the car was light, the Tempest GTO delivered a convincing performance. In fact, in 1964, it was one of the quickest American cars on the market. Even Corvette owners weren’t safe from Tempest GTOs lurking on stop lights across the country.

However, the Pontiac sales manager wasn’t particularly fond of the model and thought the GTO package didn’t have perspective. His estimate of a maximum of 5,000 examples per year was drastically surpassed by the official sales figures of over 32,000 copies. The big sales made it clear the GTO was a hit among younger buyers and that a star was born.