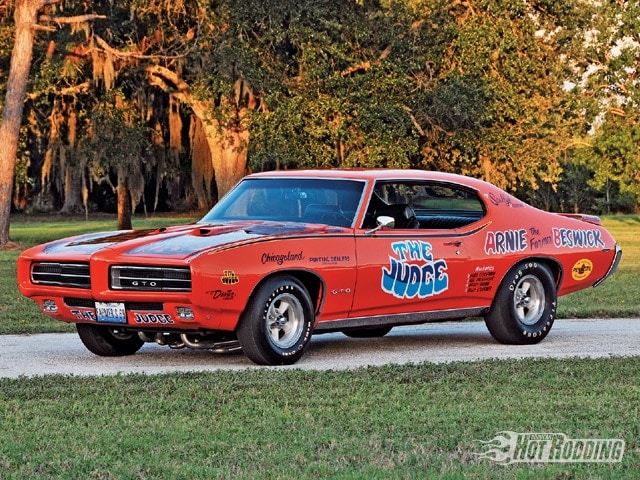 The main arena for those classic muscle cars was the drag strip. And since the GTO was the first proper muscle car, they often used it for racing. One of the most popular and widely recognized racing GTOs was Arnie Beswick’s “Farmer” GTO. It was a wildly-colored and brutally fast car.

Beswick first started racing in the stock car class. But by the end of the â€˜60s, he had evolved into the funny car class with a Plexiglas body GTO. It also had a custom chassis and supercharged engine. Although he never had big sponsors, he was able to keep the red GTO up there with the factory teams, winning many races. 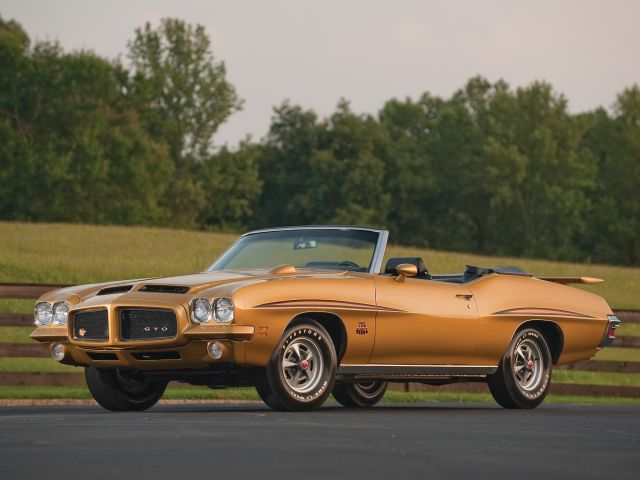 The Pontiac GTO was always a popular and a strong seller. But with so many competitors in the early â€˜70s, sales were down. They continued the popular Judge version they introduced in 1969 for 1971. It featured big block 455 V8 engine, crazy graphics and a big spoiler on the trunk, which was wild for the 1971 model year.

Since the displacement limit was higher, intermediate cars from GM could have the biggest engines available. So, they gave the GTO a 455 big block V8 they rated at 335 HP. Although that’s a modest number compared to earlier GTOs, in 1971 Detroit moved from DIN to SAE horsepower ratings, which lowered the numbers.

Because the Judge version was relatively expensive, it didn’t sell as well as before. Also, the convertible cost $4,000 over the base price, which was a lot of money back then. And that is why they only built 17 GTO Judge 455 convertibles that year, making it one of the rarest GTOs and muscle cars they ever created. 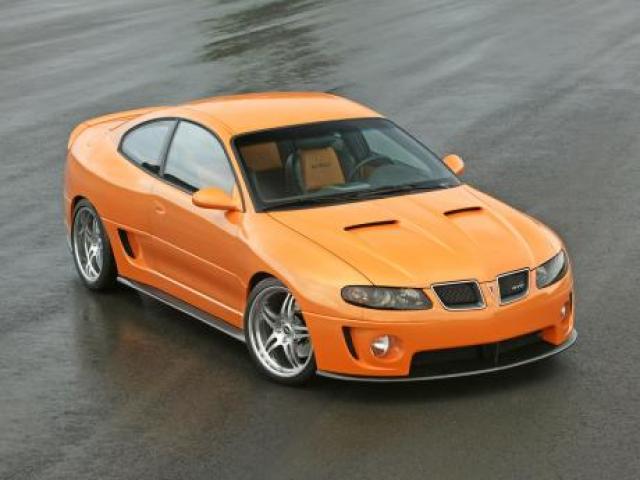 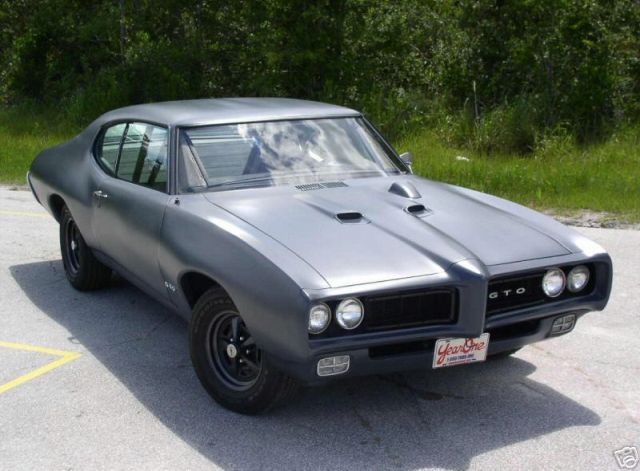 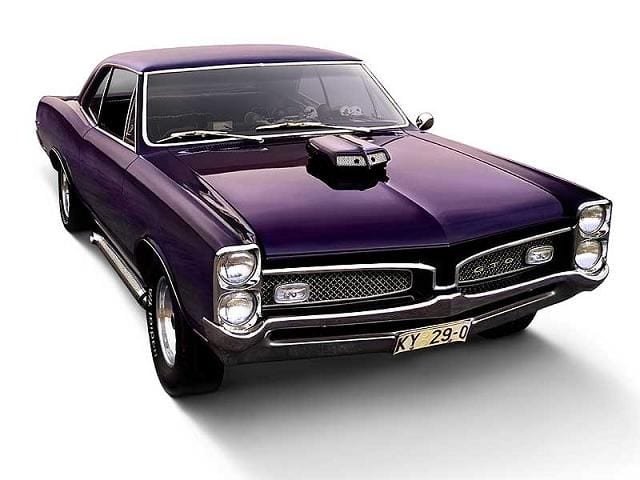