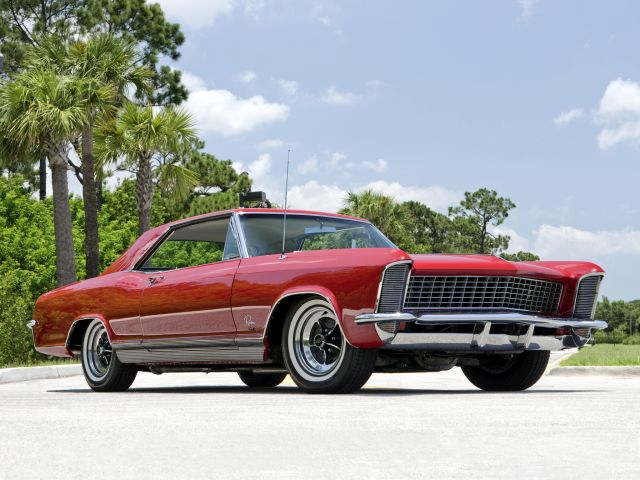 In the early 1960’s, Detroit was aware of the luxury Gran Turismo European coupes coming to America selling in significant numbers. Performance-oriented buyers didn’t want big, heavy domestic-made coupes. Although they had the power, they didn’t provide the handling or the feel of a European sports car.

So, instead, they turned to Ferrari, Maserati and Jaguar for insights on performance car excitement and prestige. So, GM decided to capitalize on this trend by introducing a fresh new luxury model. They gave it great styling, a cool name and enough power to put all those European coupes to shame. And, in 1963, they presented the Buick Riviera to American drivers. And it immediately became one of the most interesting cars on the market at the moment.

The combination of sleek and elegant styling, a modern interior and a powerful Buick Nailhead engine made the Riviera an instant bestseller. It was even the first real competitor to the famous Ford Thunderbird. But Buick wanted more, so the company introduced the legendary Riviera Grand Sport or GS in 1965. The car featured a revised suspension, a bigger 425 engine and a host of other performance upgrades.

In this version, the Rivera was a true world class automobile delivering 360 HP and acceleration times of 7.9 seconds. And that was better than most of the sports cars of the period. The Riviera stayed in production until 1993. However, the first three generations, especially the GS models, remained the best classic luxury muscle cars to come from Detroit.