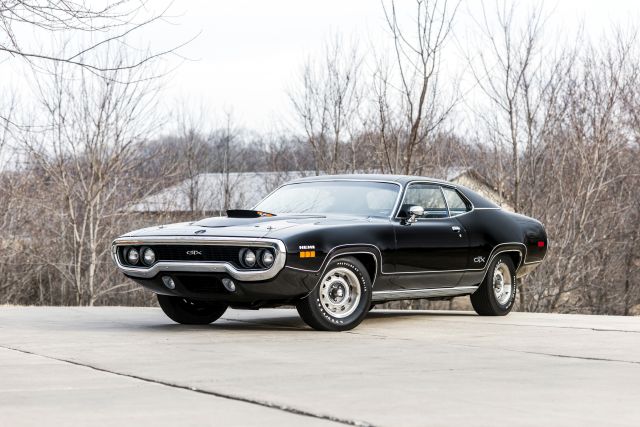 The Grand Turismo Exterminator (GTX) isn’t exactly a forgotten model, but it hasn’t received the attention it deserves in classic luxury muscle car history. Plymouth based this model on the same platform as the Coronet or the Roadrunner, but it was much more luxurious. It also had a 375 HP motor as standard.

Plymouth wanted the GTX to compete with luxury cars of the period. So, they installed almost all of the possible creature comforts of the day, along with a special trim. And these updates distinguishes the GTX from the rest of their model lineup. The GTX was a gentleman’s hot rod with all the top options and updated interior and exterior details. There was only one optional engine choice, but it was the mighty 426 Hemi.

The 440 Magnum was the standard engine, but if you wanted the ultimate Plymouth muscle luxury, you had to go for the Hemi. Because it was significantly more expensive than the rest of the Mopar muscle car line up, the GTX was unpopular, so it is rare today.

When the early 1970’s came and muscle cars lost power and torque figures, Plymouth discontinued the GTX. They stopped production in 1971, keeping the GTX from being a disgrace to its fire-breathing predecessors. The 1971 GTX is the last of its breed and a classic muscle car that deserves recognition and respect.