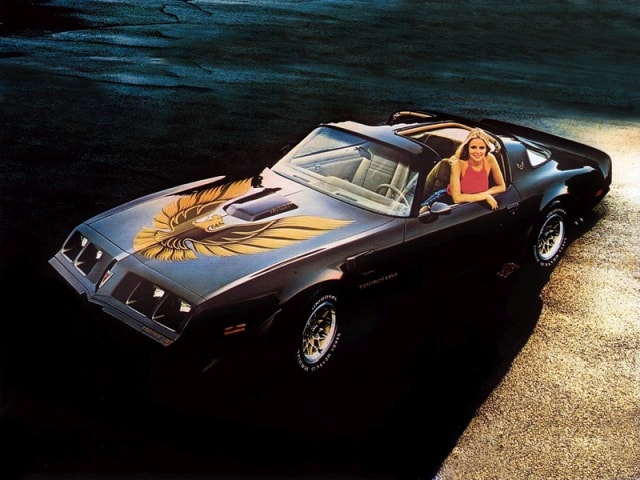 When muscle cars exploded on the car scene in the mid-60s, they brought many new things to the car industry. Muscle cars personified the “big engine in a light body” mantra and brought a youthful market to the car world. Before 1964, Detroit was focused on middle-aged customers with formally-dressed people in commercials and magazine ads. When muscle cars became a sales hit, Detroit took a more hip, modern image with a colorful approach.

By the end of the ’60s, most American manufacturers presented at least one muscle car, so the market was full of powerful, interesting models. The best way to stand out from the rest was to introduce wild, bright colors. Soon shades like Hemi Orange and Plum Crazy Purple became synonymous with Dodge and Plymouth cars, but that wasn’t all. To make their cars even more characteristic and unique, the manufacturers introduced various graphics designs that were unheard of at the time.

Soon, cars like the Plymouth Roadrunner and the Pontiac GTO Judge were the talk of the community thanks to wild graphics and crazy decals. For the first time in car history, manufacturers equipped their models with crazy graphics. This marked a revolutionary moment in the automobile industry. Those graphics became legendary, as well as the cars. This list contains memorable classic muscle car graphics. Perhaps you will find the pattern you liked or remember. 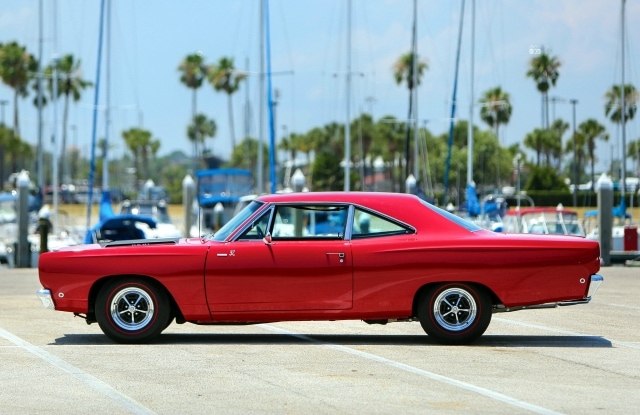 When it first appeared in 1968, the Plymouth Roadrunner was an influential and important muscle car. It introduced a new trend of inexpensive, fun cars. It was also a strong seller that affected the whole segment. The whole idea behind the Roadrunner was simple: present a low priced but powerful model to attract people with a limited budget, but a strong need for performance.

The most appealing thing about the Roadrunner was the cartoon character of a roadrunner from the popular Willie E. Coyote cartoon. Chrysler paid $60,000 for the rights to use the name and design, and everybody thought the company was crazy. The sales results proved everybody was wrong. The Roadrunner was the first muscle car with crazy graphics, starting the trend. 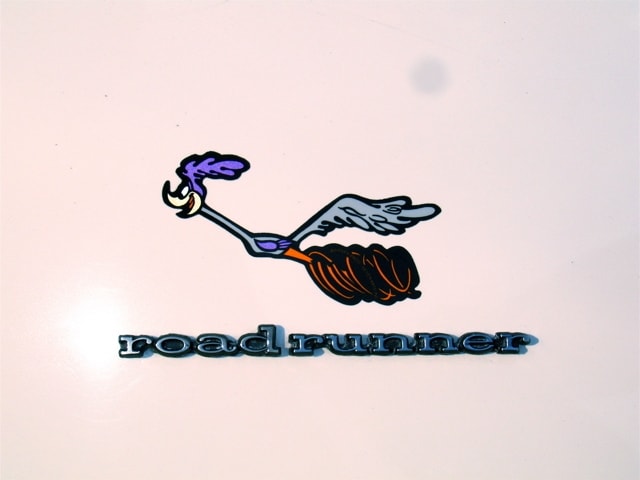 The Roadrunner had a bench seat, manual steering and lacked any luxury options. But it came with a powerful 383 V8 engine. Also, car buyers could also for the 440 or the mythical Hemi 426. In 1969, the Roadrunner got a convertible option for an open-air driving feel, but the majority of Roadrunners were two-door hardtops. For just above $3,000, you could be the proud owner of a Roadrunner in 1970. However, if you wanted a few options and the Hemi engine, the price could rise to over $4,000.