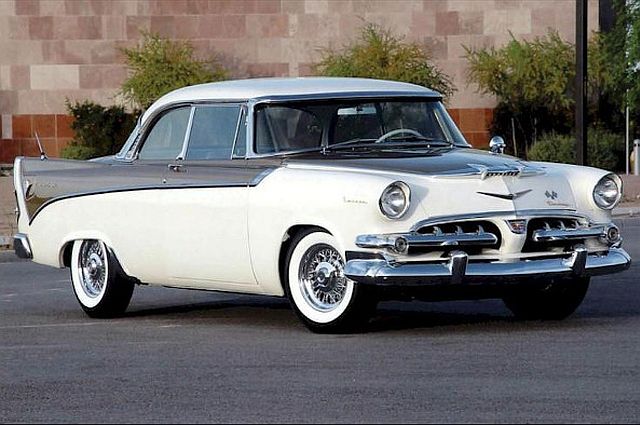 Everybody knows muscle cars as we know them started in 1964. It was when Pontiac introduced their first GTO, creating a revolution in the automotive industry that is still strong today. But, muscle cars as a segment didn’t just pop out on the market. Long before the GTO, there were a lot of powerful, fast cars by the standards of the day, that helped the market grow.

The quest for performance started after the World War II with the appearance of the hot rod culture and drag racing. Those tuned engines and street rod cars were much faster than anything Detroit was producing at that time. Marketing experts realized that the performance aspect was attracting a generation of young Americans, which helped sell cars. However, the first American performance cars and early muscle models weren’t as affordable and plentiful as their successors from the 60’s.

Manufacturers were cautious with the new car segment, so the most powerful models were expensive and rare. They were hard to come by, but the exclusivity increased their appeal. This list includes the 20 best American muscle and performance machines from the late 40’s to the early 60’s. It was a period that preceded the birth of the popular muscle car culture. It also sparked the octane craze of the late 60’s and the early 70’s.

These 20 important cars created the term “American performance” and revolutionized the industry. Some cars on this list like the 1949 Cadillac, 1953 Corvette and 1955 Chrysler C-300 are definitely not muscle cars by today’s standards. However, they are all models that helped define the market, so car fans and historians celebrate those wonderful machines. So, keep reading to go on a cruise through the early history of muscle cars. 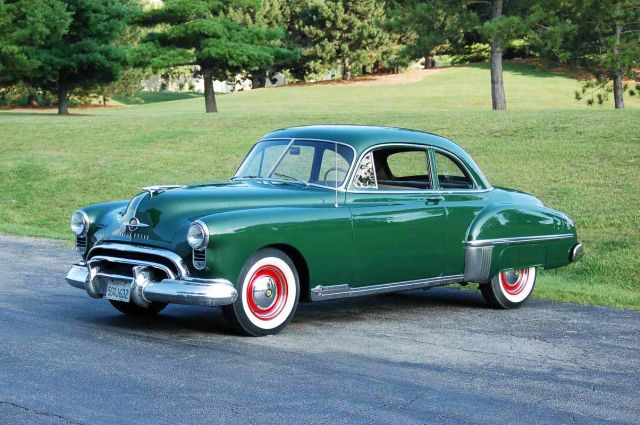 For 1949 model year, Oldsmobile presented two important things – the 88 model series and a brand new 303-cid V8 engine they called the Rocket V8. Both of these new things proved influential in Oldsmobile’s history. The 88 model was relatively light and compact, and the Rocket V8 was a hot engine with a two-barrel carburetor and 135 HP on tap. The combination of a light body and a powerful engine in the 1949 Oldsmobile 88 created the first muscle car from Detroit.

The 1949 Olds 88 was a success with customers, and on the race track, too. It won six out of nine NASCAR races that year and was competitive on drag strips, as well. The car was the theme of one of the first rock and roll songs ever – Rocket 88 by the Kings of Rhythm. All of this makes this car extremely influential in the automotive history, as well as in the history of rock and roll.