The 30 Best American Performance and Muscle Cars From the 1990s 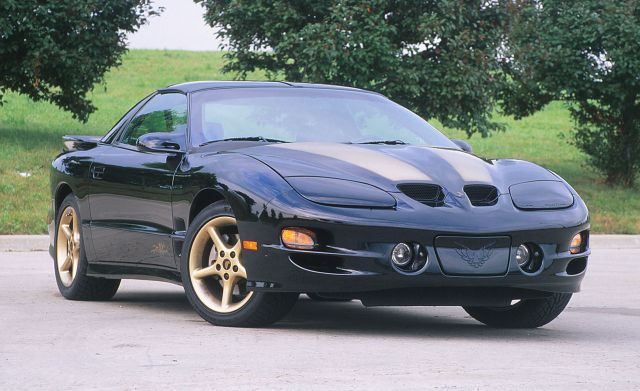 In the history of muscle cars, the 1990s were an important decade. The decade brought many legendary models. But, it also marked the full return of American performance machines. Also, the era expanded the muscle car portfolio to other classes, not just two-door coupes and convertibles. For the first time in history, there were proper muscle car sedans, pickup trucks and even a muscle SUV.

After the painful ’70s, which saw the demise of high horsepower engines and fast, affordable models, the ’80s brought hope to muscle car aficionados. The power levels slowly started to rise and the cars looked better and were faster. However, the U.S. market was under the fire from foreign models and hot hatches. But American manufacturers didn’t give up. They constantly produced new and improved versions.

The ’80s ended with a promise to U.S. drivers, so when the ’90s arrived, automakers fulfilled that promise. American performance returned in full force by presenting several interesting and highly influential models that gained classic car status fast.

So here are the best ’90s muscle cars and trucks to prove that the muscle car culture returned to its previous glory. The ’90s helped American car manufacturers to regain their position on American streets and in the hearts of car lovers across the globe. 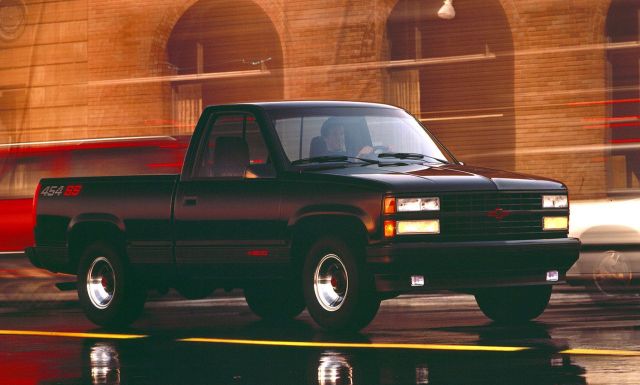 After almost two decades of safety and environmental laws bringing low compression engines and slow performances, U.S. car manufacturers finally started to produce faster, more powerful models. The wave of new-found performance was so overwhelming, every pickup brand had its fast model, special version or a limited edition. However, one of the most menacing and powerful models was the mighty Chevrolet 454 SS.

The basic idea behind this model was to offer the biggest available engine in the lightest full-size truck. They used the muscle car philosophy in truck form. That’s why Chevrolet’s engineers took the ordinary 1990 Chevy 1500 pickup truck with the short bed option and added a massive 454 V8 engine. The enormous 7.2-liter V8 delivered just 230 to 255 HP, but it also had 385 lb-ft of torque, which made it fly down the road.

Chevy borrowed the big block engine from their heavy-duty truck lineup. This made the 454 SS a durable, yet thirsty machine. On the outside, the 454 SS was low key without any wild graphics or color choices. Although there was a model designation on the back of the bed, the only difference was a blackout front grille.

Despite the big torque numbers, the 454 SS wasn’t that fast. For example, it couldn’t beat sports cars like the GMC Syclone did. Still, it was one of the fastest trucks around as well as a cool looking vehicle.