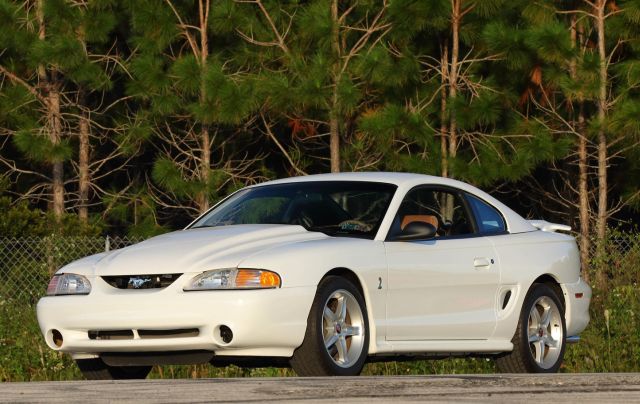 Ford’s Special Vehicle Team (SVT) was responsible for some of the fastest muscle cars of the last 25 years. So in 1995, they presented another Cobra R. This time, they produced 250 of them, only selling them to drivers with a racing license or private race teams.

Under the hood was a tuned 5.8-liter V8 engine that delivered 300 HP and 356 lb-ft of torque. Even though this kind of power is not impressive today, it was a hefty number for 1995. Since the Cobra R was a light car, the performance was good. The 0 to 60 mph time took 5.2 seconds, making it the fastest accelerating American production model at the time.

But The Cobra R was available only in white. However, this model launched the SVT that turned ordinary Mustangs into land rockets.