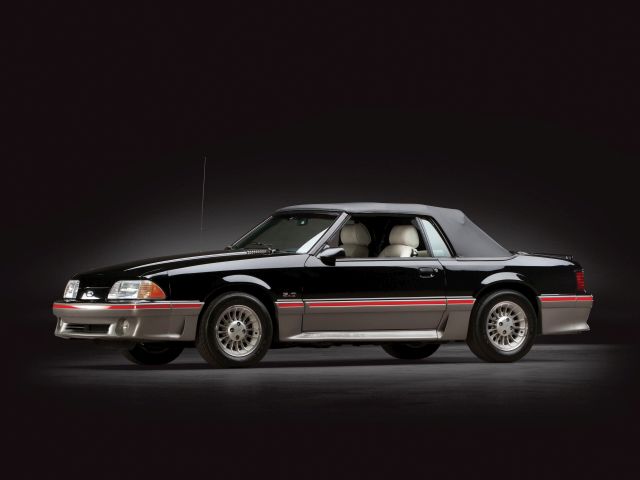 The rise in power of domestic cars during the 80’s brought the first real performance numbers to the Mustang range in almost 20 years. The Fox-body Mustang grew more powerful with each model year. By the late 80’s, the venerable 5.0-liter V8 engine was pumping 225 HP and 300 lb-ft of torque. This translated to a quite competent 0 to 60 mph times.

Mustang was once again an affordable performance car with cool styling, lots of options and enough power to spin the rear wheels in any gear. That is why car fans consider the 1988 to 1993 Mustang 5.0 GT one of the best Mustangs in a long line of quality machines. This car marked a return to the roots with a strong V8 engine and exciting performance.

Also, the late 80’s Fox-body GT was popular, so they are plentiful today. This makes them a great choice for entry-level collectors. Also, the aftermarket for these cars is enormous, so you can modify and make your Fox-body GT even faster. Since they produced the 5.0 GT in big numbers, you can’t expect an enormous profit and big return on your initial investment, but it is a good way to start.