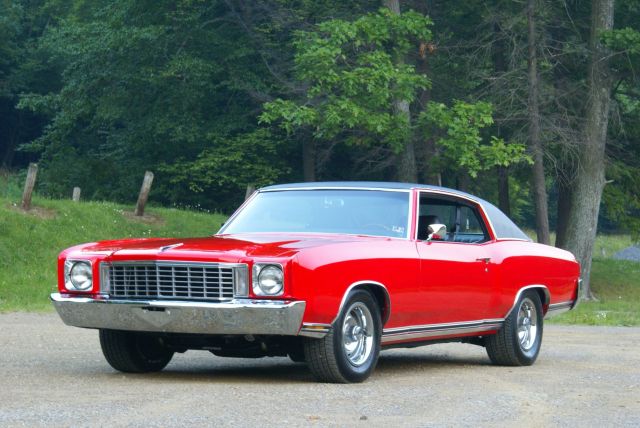 Although American muscle cars made a triumphant return to the scene with a lineup of modern models that are as fast as they are pretty, there is something missing. And that is variety. Back in the heyday of the muscle car culture, each company produced several muscle models. They ranged from pony cars and over intermediates, to full size and personal luxury models. This meant there were dozens of muscle cars to choose from.

Today, we have the Mustang-Shelby, Camaro and Charger-Challenger pair they make on the same platform with same engines and performance numbers. Unfortunately, the times have significantly changed over the past 50 years, so many key players in the muscle car class are gone. Pontiac is gone, and so is Oldsmobile, Plymouth and Mercury. And AMC is long gone and has been absent from the market since the early ’80s.

However, Buick, Chevrolet, Ford and Dodge are still here. And they often produce and revive some of the best muscle cars from their pasts. So here is an eclectic selection of 20 legendary muscle cars most car fanatics want to see make a comeback. And chances are good that they could return in some shape or form in the future.

In the early ’60s, Detroit was aware of luxury Gran Turismo European coupes coming to America and selling in significant numbers. Performance-oriented buyers didn’t want big, heavy domestic coupes with power but without the handling of a sports car. So, instead, they turned to Ferraris, Maseratis and Jaguars for that performance car excitement and prestige.

GM decided to capitalize on this trend by introducing a fresh new luxury model with great styling. They gave it a cool name and enough power to put all those European coupes to shame. So, in 1963, they presented the Buick Riviera and immediately, it became one of the most interesting cars on the American market. The combination of sleek, elegant styling, a modern interior and the powerful Buick Nailhead engine made the Riviera an instant bestseller.

Also, it was the first real competitor to the famous Ford Thunderbird. But Buick wanted more, so the company introduced the legendary Riviera Grand Sport or GS in 1965. The car featured a revised suspension, a bigger 425 engine and a host of other performance upgrades. In this version, the Rivera was a true world class automobile with 360 HP and acceleration times of 7.9 seconds.

Those performance numbers were better than most sports cars of the period. The Riviera stayed in production until 1993. However, the first three generations, especially the GS models remained the most popular. In fact, they were some of the best full-size muscle cars Detroit ever produced. And you could see this nameplate back as Buick is still here, and there’s a need for a proper American GT car.