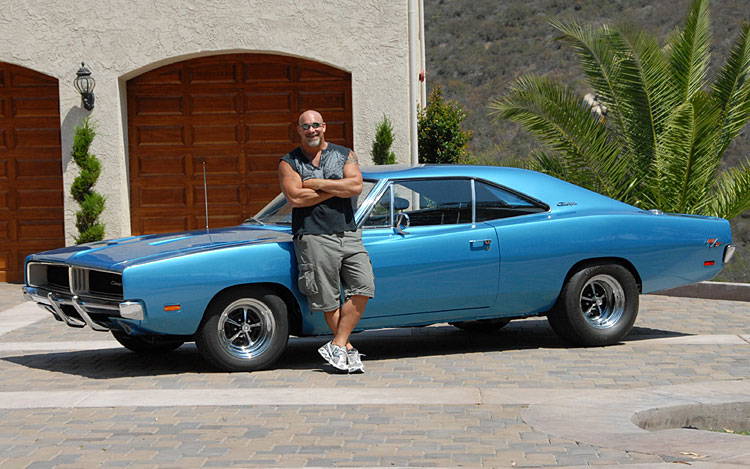 The ’90s were a magical time for the professional wrestling world. Bill Goldberg shot to the top of World Championship Wrestling (WCW) toward the end of the ’90s to become one of the biggest stars in the industry. After WCW went, defunct, Goldberg took a three-year hiatus from wrestling. He had a lot of time and money on his hands. This led the wrestling legend to start a car collection. And to this day, Goldberg has one of the most impressive classic car collections in the country.

Goldberg is scheduled to defend his WWE title at next month’s WrestleMania, so we took a look at his car collection. The legend of the squared circle has some very highly-coveted muscle cars in his collection, such as a Plymouth Superbird. Time will tell if his collection will continue to grow. He may be satisfied with the cars he has at 53 years old. Read on as we take a look at 25 of the best classic cars in his fleet.

According to Goldberg, he was interested in this car because it was a “Moonshine” car. This was GM’s big family sedan back when the family sedan was first becoming the norm. Most collectors tend to go toward the Bel Air. But the Biscayne is actually a big, comfortable sedan with a powerful motor.

Goldberg’s Biscayne is essentially stock except for his supercharger and some other small features. With a powerful motor and a lot of room, the Biscayne was the car to have back in the day.