Law & Order on Wheels: 20 Coolest Police Cars in the World 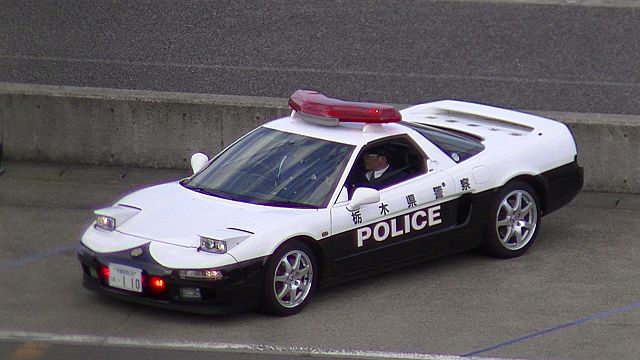 Ever since cars became common street dÃ©cor, one of their first major uses was for law enforcement purposes. Police work became more efficient and response times faster when the officers were in a car. Soon, the police car was a mandatory piece of equipment almost as important as the badge and the gun. Over the years, the concept of a police cruiser advanced far beyond just a sedan with lights on top.

Modern police cars are more of a police station on wheels than just transport.They come with police scanners, computers and communication equipment. They provide safe storage for weapons and back seats where criminals cannot escape. However, different places in the world have different police cars. While some countries don’t need fast, powerful vehicles, in some countries, police drive muscle cars, exotics, and high-priced performance sedans.

Here is a list of the coolest police cars from around the world. All these cars are real and some of them are still in use. Some are retired, but all of them left a mark on the community. Although their jobs can be dangerous, at least some cops get to drive cool cars on daily basis.

The insanely rich yet tiny Middle Eastern Dubai emirate is home to some of wildest supercars and exotics collections. This is the place where seeing three Ferraris at a random stop light is a daily occurrence. There, they casually park their Bugattis on the streets. That is why the local police force formed a special unit that drives only the most expensive, high-end models in their recognizable white and green color.

Currently, there is an Aston Martin One-77, Lamborghini Aventador, Ferrari FF, Bugatti Veyron, Bentley Continental, Mercedes SLS and several high-priced exotics in Dubai`s police force fleet. This makes them the most expensive police cars in the world.

Those models are not for everyday police work, but mostly for promotional purposes, national holidays, parades and or part of high-speed motorcades. However, all of those supercars are ready to speed down the desert highways with flashing lights in pursuit of dangerous criminals.