1973 was an important year for domestic automakers as a fuel crisis was among us. This model year is the last year of the real V8s according to Goldberg, and the Super-Duty Trans Am has enough power to go around. The car has a pretty factory green paint job with all of the decals, but what makes this unassuming Trans Am unique is the fact that it can handle business on the track right from the factory.

Goldberg has done medial modifications to his such as adding a supercharger. But when it comes down to any exterior enhancements, Goldberg has kept things close to stock. The Super-Duper Trans Am is a one-of-a-kind muscle car.

The Pontiac GTO is a name that’s synonymous with performance. And that makes it no surprise that Goldberg had to get himself one. 1970 was a unique year for the car because it had most of the benefits of the Chevelle. Factor in the unique exterior look of the GTO and you had a muscle car that would turn heads in public and on the track. Goldberg has kept his pretty ordinary; you’ll see the occasional feature like aftermarket rims, but that’s about it.

The 1970 GTO is not your ordinary muscle car, and Goldberg knows how to handle it. Goldberg actually had his GTO featured on WWE television when he was challenging Triple H for the title. His GTO broke down on live television. He later blamed this on bad gas that he got for the vehicle.

Goldberg has a lot of unique cars in his collection, but perhaps the one that stands out the most is the Camaro Z28. The engine has been tuned up and supercharged to handle better than anything else in this range. Goldberg enjoys tinkering on his cars. The Camaro Z28 from this time period was just getting good. After all, this was the second generation of the Camaro, which also happens to be Goldberg’s favorite car.

Going inside of this Camaro you won’t be treated to anything terribly unique as Goldberg kept it all stock. Still, the 1978 Camaro Z28 is one of the original pony car. It’s interesting to see that Goldberg has a mixture of Mustangs and GM F-bodies in his collection.

The Silverado SS was a remarkable pickup truck introduced for the 2003 model year. This was the first performance truck that was offered by GM since the launch of the 454 SS. The truck had some unique quirks to it. The AWD performance coupled with the supercharger made it a hit. The Silverado SS carried on for sometime before it was discontinued. Goldberg owns one of the cleanest examples on the road. 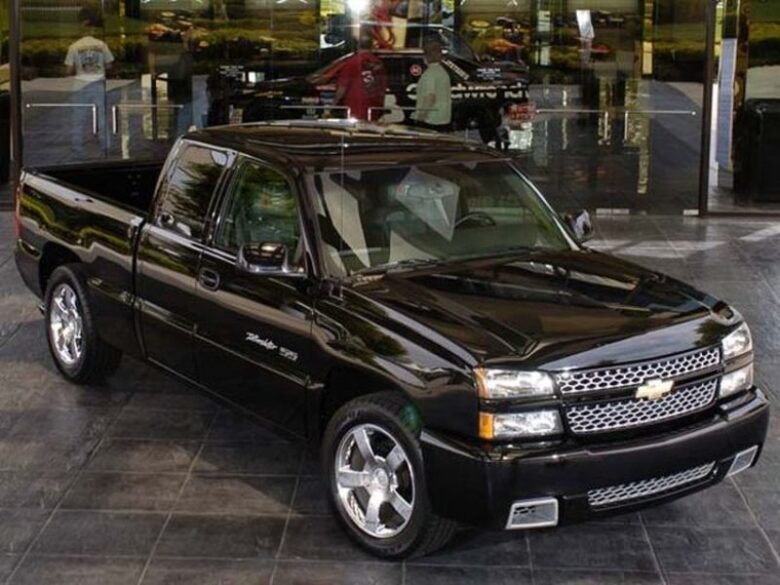 via: GM AuthorityThe modern truck was both comfortable and fun to drive, something that Ford never considered with the single cab Lightning. The Silverado SS that’s owned by Goldberg is a very unique truck. It offers one of the last GM performance engines in a modern and appealing package.

The Impala SS needs no introduction. The car was an iconic part of the ’90s, offering some of the most breakthrough performances of that era. The model is the most highly sought-after version of this car because it has the floor shifter. For anyone who appreciates Impalas, the floor shifter is a big part of the revised interior. Then you have the supercharged V8 LT1 engine that Goldberg had upgraded.

While nothing is over the top with this car it still goes to show that a bond stock Impala is a highly coveted car. The 1995 Chevrolet Impala SS has become a piece of pop culture, and you see these cars pretty much anywhere where a car meet is happening. The notable performance and easy to repair parts make the Impala SS a great bargain when compared to other performance cars of the period.

Here is an addition to the other Cobra models Goldberg has in his collection. This name is familiar because the ’90s Cobra was a special edition car that came out after the 5.0 was discontinued. Goldberg has had his Cobra tuned and added special aftermarket wheels. The superstar actually bought this car at the height of his fame. This generation of the Mustang was panned for its looks.

But when you get behind the wheel of this Cobra, you can feel the difference. SVT went all out to make sure that this generation of the Cobra was a suitable car. Goldberg enjoys his model, which is the coupe and not the convertible version. The Ford Mustang Cobra will go down in history as one of the best pony cars.

Another unique performance car from the ’90s is the GMC Typhoon. This turbocharged sport utility vehicle was the first of its kind. This was long before TrailBlazer SS and the other unique SUV models that have hit the road. The Typhoon came in only two colors and featured a notable interior enhancement over the stock Jimmy. The performance was spectacular even by today’s standards, which is why these cars remain in high demand.

The GMC Typhoon has a unique exterior look to it that has remained timeless. The Typhoon that’s owned by Goldberg has a rather unique look to it. The wrestler added some touches, such as aftermarket wheels. The performance of the Typhoon will remain a major selling point for it. These rare turbopowered SUVs will continue to rise in value.

Yes, Goldberg does own a Pontiac Fiero. This was a car that was instrumental in helping GM to redefine the mid-engined vehicle market. The Fiero was a wonderfully fun car to drive, with the exception of its notorious engine fires. Goldberg hasn’t done anything to his factory red example. This Fiero is unique because it was the last year of the car and featured a clean redesign. The Fiero had a good deal of potential but the technology just wasn’t there to perfect the problems.

Still, you’ll see Goldberg take his out on the road from time to time. The Fiero really wasn’t a bad car once you got used to it. But the engine fire debacle shut the car out of the running for most consumers. It was a consequence of rushed engineering that hurt Pontiac to the bitter end. Nevertheless, Goldberg keeps one in his renowned car collection.