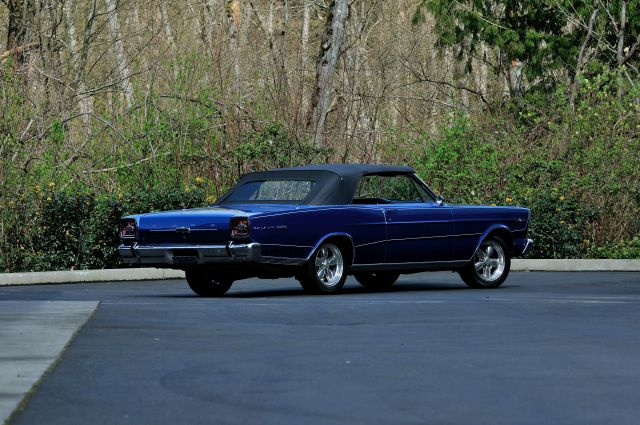 With Mustangs and Thunderbirds being the most famous and recognizable Fords of the 60’s, the Ford 7-Litre is a forgotten luxury muscle model. In fact, most people are not even aware of its existence. But this is an interesting, powerful car with an unfortunately short history. It started in the mid-60’s when Ford introduced a new engine with 428 CID or 7.0-liters, which was an evolution of their venerable FE block.

They designed this engine to be a powerful street engine with lots of horsepower and torque. At the same time, Chevrolet had a successful Impala SS model that featured a 427 V8 engine. Ford wanted to compete with it, but they had a different vision. If Chevrolet produced the Impala SS as a mundane car, Ford would produce its model as an upscale coupe or convertible with an emphasis on luxury and exclusivity.

So, using a full-size Galaxie two door hardtop or convertible platform, Ford introduced a new model for 1966, which they called the 7-Litre. The “7” stood for displacement and the liter spelling gave more charm to the otherwise ordinary Galaxie. Under the hood was a 428 V8 engine pumping out a respectable 345 HP that delivered a convincing performance.

However, the 7-Litre’s equipment was also interesting because Ford put everything they could into this car. The buyers could get A/C and bucket seats were standard. There was also a heavy-duty suspension, power everything and the choice of special colors. It also came with some fancy 7-Litre badges on the sides, which helped identify this model.

This was a one year only model, so in 1967, the 428 was back but only as an option on the Galaxie, not as a standalone model. In muscle car history, people forgot the Ford 7-Litre for quite a while. But, in recent years, its popularity has grown, so these big coupes and convertibles have increasing value on the classic car market. In 1966, Ford produced a little over 11,000 7-Litres, so it is hard to find one.