Ever since the first car rolled off the assembly line, if the hand manufacture could be called that, innovation was the name of the game in the car industry. For over 100 years, car companies invested enormous sums of money into finding out new solutions, technologies, materials, patents, and components. And because of that, we now have self-driving vehicles, infotainment systems and active safety that can brake to a stop or sense trouble, even before we are aware of it.

However, the path of innovation wasn’t easy. Putting new patents into production often proved difficult and customers didn’t always receive them well. Some patents never lived beyond one generation while others became regular production items for every car company afterward.

So here is a list of the 25 firsts from the car industry in a unique view of the automobile history and technological progress. Some of those items are standards in today’s cars, but you will be amazed when you see who invented them and when. 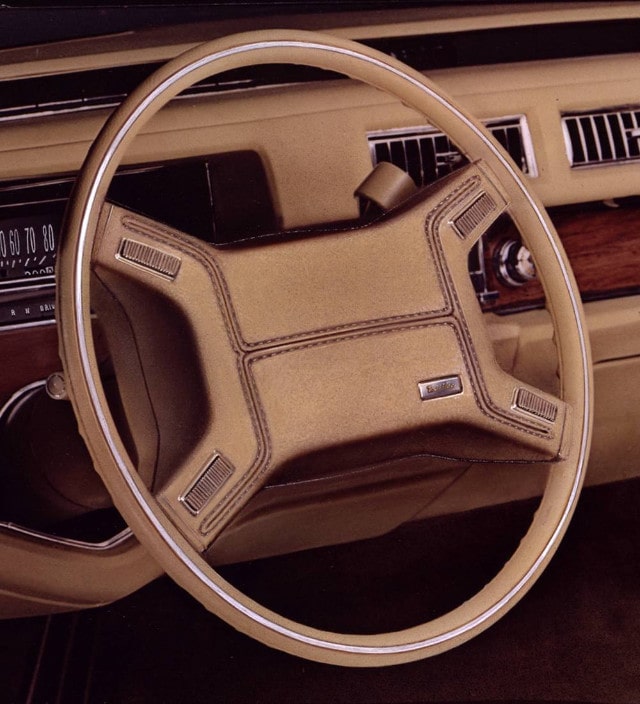 The idea of inflatable plastic bags to protect passengers near the front seats in case of collision isn’t new. They invented the concept in the â€˜50s. But nobody managed to successfully design airbags that work until General Motors in the early â€˜70s. They called it the “Air Cushion Restraint System.” It was an option on luxury, full-size Cadillacs, Chevrolets and Buicks in 1973. Later, it became known as the airbag system and today, it is an obligatory piece of equipment. 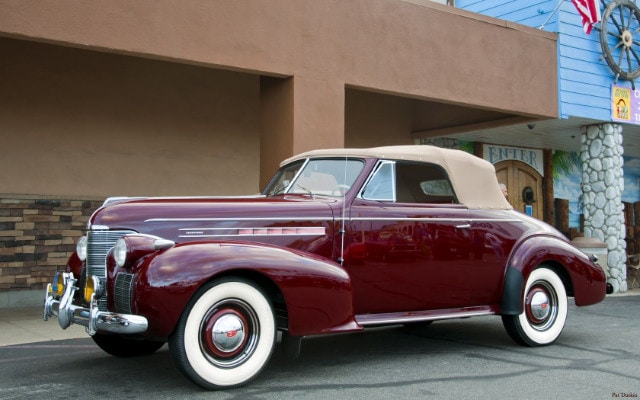 Oldsmobile was dedicated to the introduction of new technologies in GM’s nomenclature. And automatic gearboxes were one of their greatest hits. They introduced them on their 1939 models. However, the Hydra-Matic automatic was slow, complicated and heavy. But, it revolutionized the industry. Today, almost half the cars they offer each year has an automatic transmission, thanks to those innovative Oldsmobile engineers. 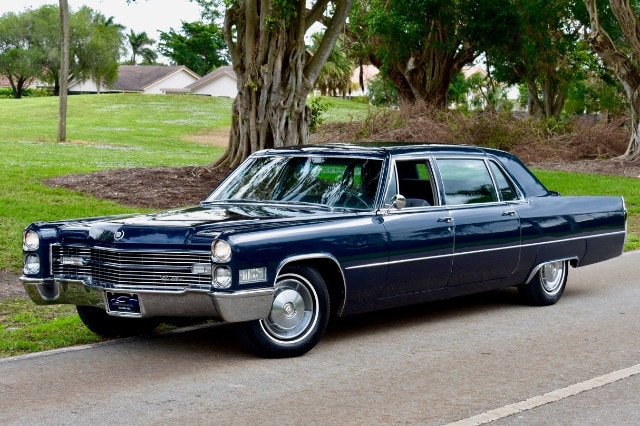 If you have leather seats in your modern car, chances are they come with heaters to help you through those cold winter months. This is the obligatory standard of the industry, but in 1966, it was a revolution. Cadillac was the first company to offer heated seats as an option for their top of the line, 1966 model year 75 Series limousine. 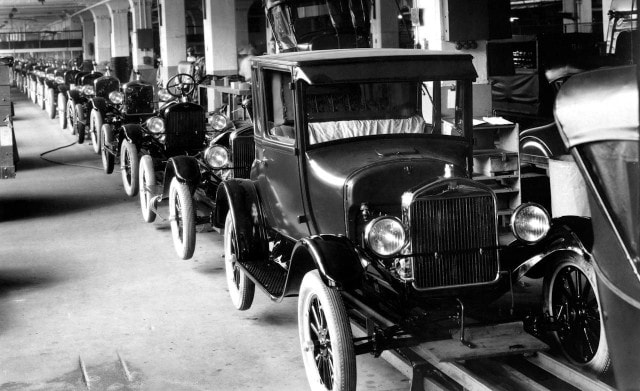 Before the Ford Model T, they did car production mostly by hand in a slow, expensive process. But when Henry Ford introduced their economy model, he made it on an assembly line with each worker doing just one simple job. This allowed Ford to not only employ more people but to produce cars much faster and affordably. The assembly line resulted in the sale of 15 million cars and Ford’s world domination in the early years of the automotive age. 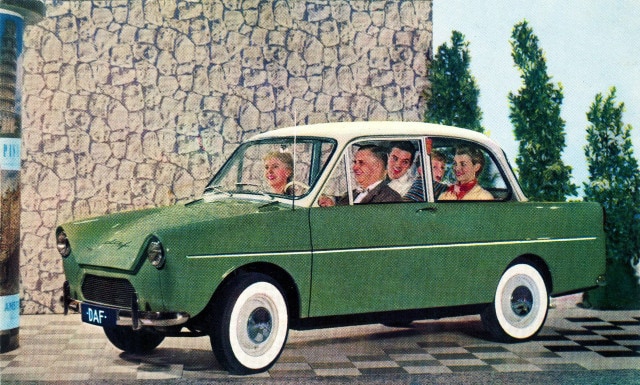 Today’s automatics are often CVT-type units with one forward gear and a varying forward ratio, which is a simple yet effective solution. But the first car with this type of transmission was the 1958 DAF 600. A Dutch truck manufacturer, DAF also produced cars at some point. The 600 was a small, economy model with the Vatiomatic transmission, which started a revolution. 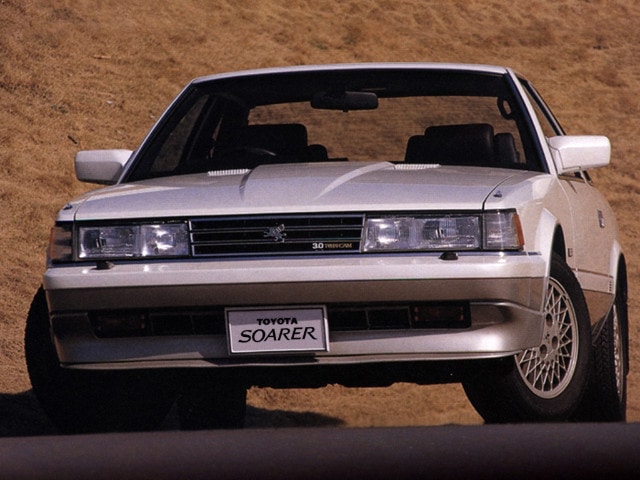 Even though GPS technology started in the early â€˜70s, it is far from the GPS of today. The biggest problem in those days was putting heavy, expensive equipment in the limited space of a car interior. Honda started experimenting in the early â€˜80s, but the first car with a factory installed GPS navigation system was the 1986 Toyota Soarer for the Japanese market. 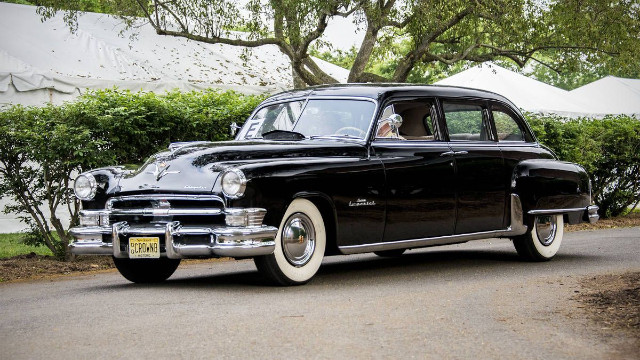 All modern vehicles have power steering. For decades, power steering has been a feature that buyers take for granted. However, can you imagine how hard it was to steer back when cars didn’t have power-assisted steering with big, heavy engines up front? The Chrysler engineers addressed the problem in the 1951 Imperial, which was the first car with hydraulic power steering. 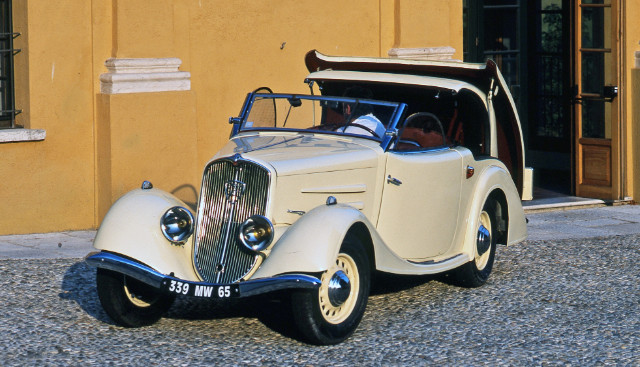 The idea of having a coupe and a convertible in the same car has occupied car engineers since the beginning of the automobile age. But the technology just wasn’t there yet. The first retractable hardtop appeared on the 1935 Peugeot 401 Eclipse. It had a roof in the trunk with electrical controls. But for the late â€˜30s, this was sci-fi technology. Later, the Ford Skyliner and most recently, the Mercedes SLK, has used the system. 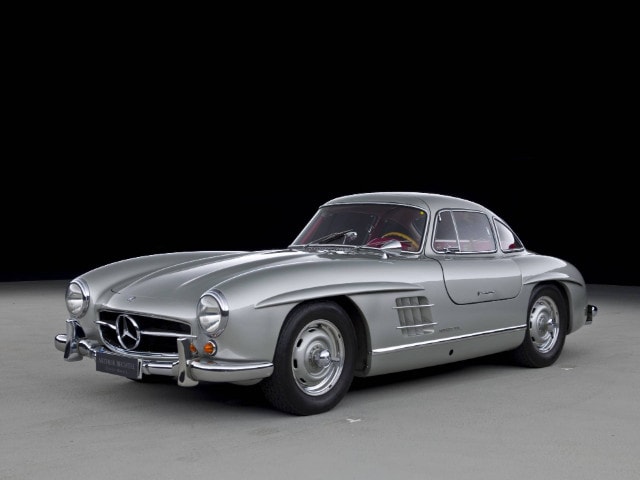 Fuel injection technology was used in World War II fighter jets to ensure constant fuel pressure under maneuvering. However, they later modified it for cars. The first car to successfully implement it was the legendary Mercedes 300 SL in the early â€˜50s. After that, it became the standard of the industry. And today, they no longer produce carbureted cars. 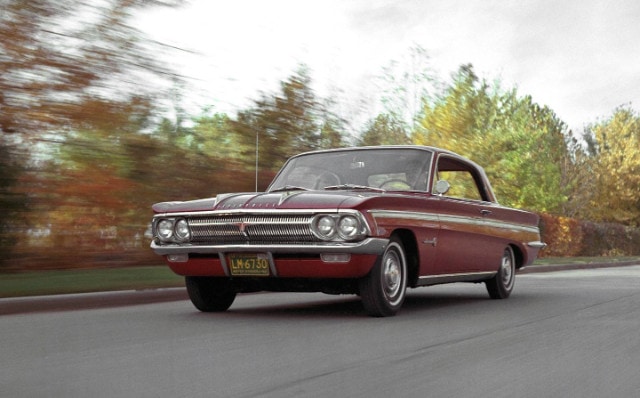 Again, they first utilized turbocharging technology in military vehicles. And in 1962, Oldsmobile made history with the 1962 Olds Jetfire, the first turbocharged passenger car. Their engineers used the compact F-85 model and retained its small 215 CID V8 engine with 185 HP. And they then gave it the new forced induction intake system, which included a Garett turbocharger. 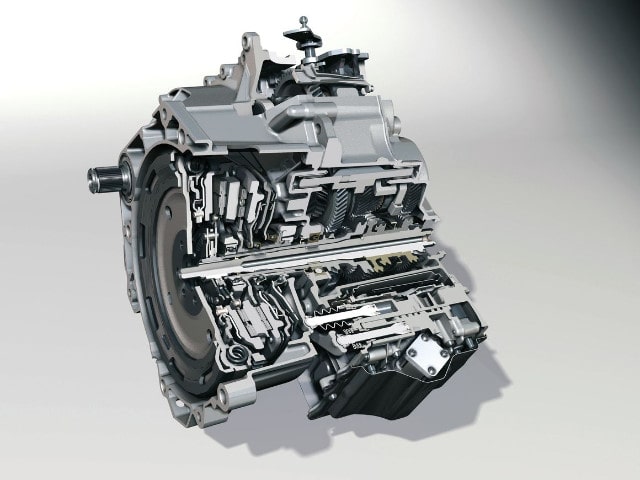 There is no modern performance, sports or supercar without the dual-clutch automatic. This system is famous for its ultrafast shifts, precise work and ultimate performance. Volkswagen first used it in 2003 in the Golf R32 hot hatch. But soon, almost every other manufacturer with performance cars in its portfolio used it. 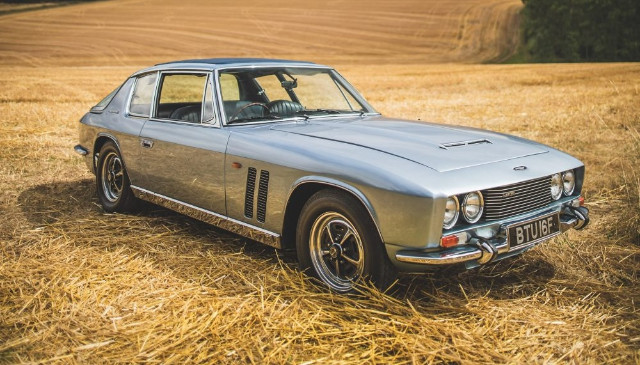 The invention of all-wheel drive happened in 1900 for various military and off-road vehicles, but not in passenger or sports cars. However, in 1966, the English company, Jensen introduced the FF, which stands for Ferguson Formula. It was a sports coupe with a massive Chrysler V8 and all-wheel drive.

The FF featured a heavy all-wheel-drive system they borrowed from the tractor manufacturer, Ferguson. Later, Jensen used it in the Interceptor for more usability in difficult conditions, as well as superb road holding. But it also made this coupe heavy and expensive. 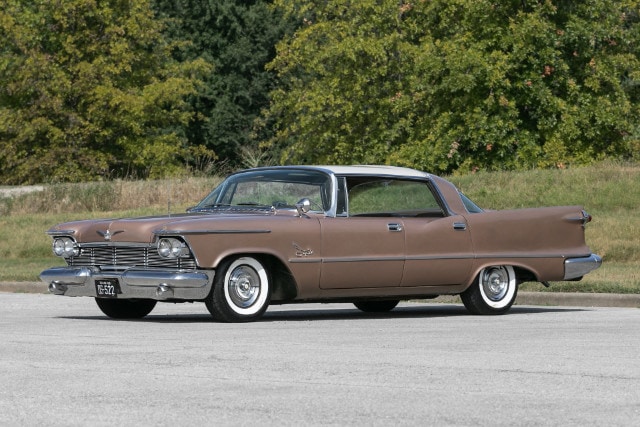 Even today’s most economical cars have cruise control, which keeps your car moving at desired speed, even if you aren’t pressing the gas pedal. However, there was a time when such a device wasn’t available. In fact, the Chrysler engineers created a small revolution when they included it as an option for their 1958 Imperial model. Soon, all the other luxury brands followed. 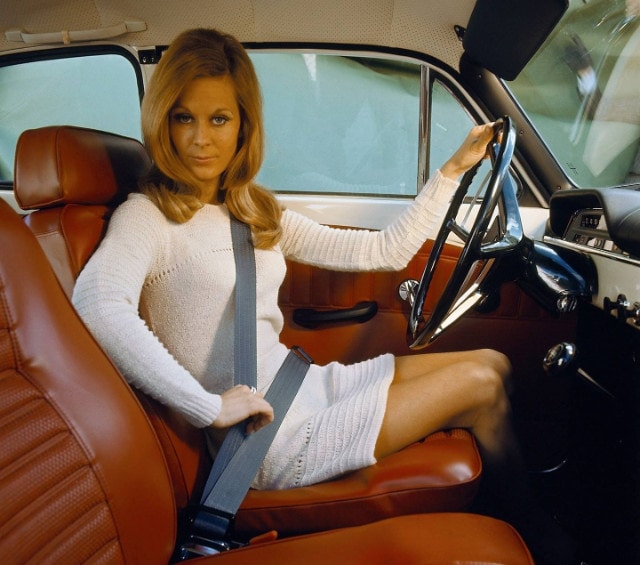 Drivers first used seatbelts in the late â€˜40s only as lap belts. However, they weren’t obligatory by law, so most car companies decided not to install them. This is totally unimaginable today, but those were the times. Soon, SAAB made lap belts part of their standard equipment and Volvo invented three-point, shoulder belts in 1959. Now they are the norm throughout the industry. 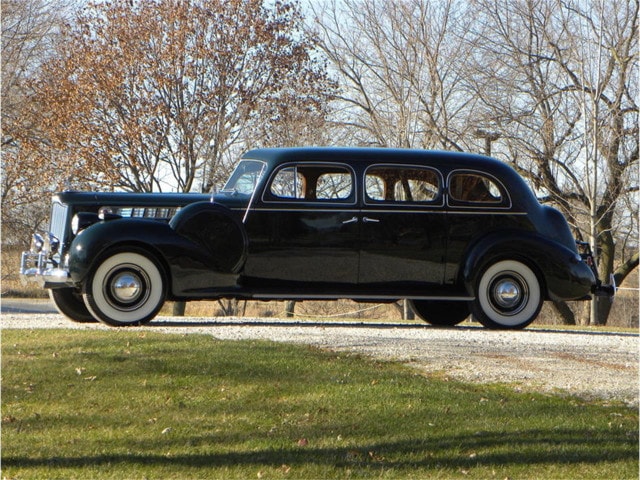 The idea of cooling or heating your car’s interior seemed like a fantasy back when cars barely had windows. But for a long time, car manufacturers have tried to accomplish that. Ventilation or heating wasn’t that big of a problem, but cooling was. Finally, in 1940, Packard managed to produce the first air conditioning system for their top of the line cars. Later, Cadillac introduced automatic climate control and the revolution started. 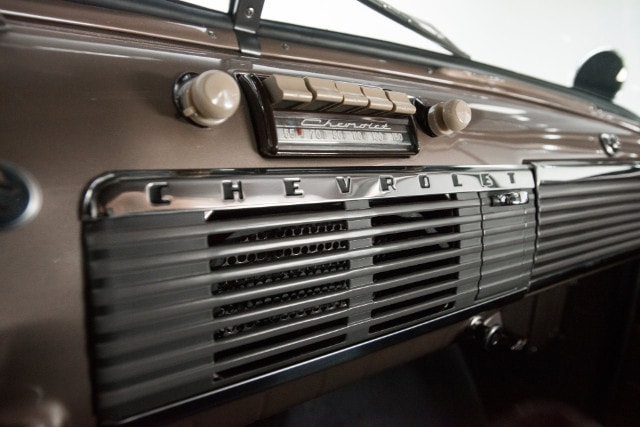 There was a time when listening to a radio in the car was considered extremely dangerous because the driver’s attention was on the broadcast, not on the road ahead. Today, drivers have infotainment systems with TV-sized screens, but nobody calls that dangerous anymore. The first attempt to put a radio in cars was in the early â€˜20s, but it was too expensive and complicated.

However, when the Motorola Company presented its compact radio in the early â€˜30s, installing radios became much easier. In fact, Chevrolet was the first company to offer it as a regular production option. 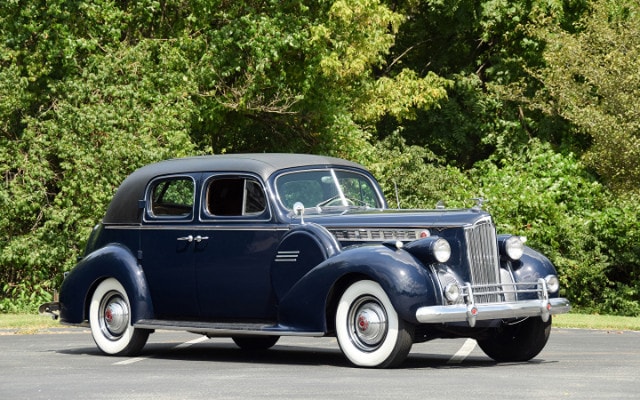 One of the features people take for granted today is power windows. Practically all new cars sold globally have them. But not so long ago, you had to crank to open the windows. Packard installed the first power windows as an option for their 1940 models. The system was heavy and expensive, but their customers loved it. And soon, other car companies used them, as well. 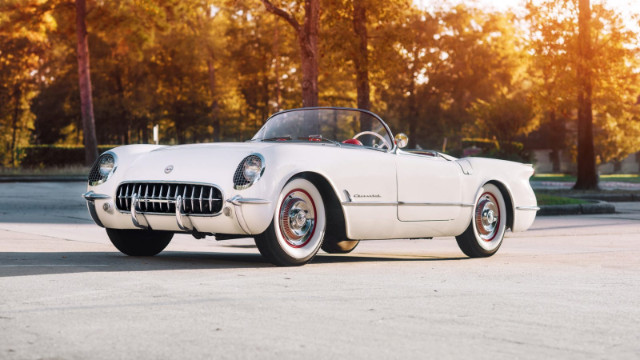 Steel was the material for cars, and for decades nobody dared to do anything different until Chevrolet presented the 1953 Corvette. The most interesting thing about the new Corvette was the fiberglass body. Back in the early â€˜50s, plastic was still the material of the future, so they rarely used it in the car industry. The Corvette was the first production car with a full plastic body, making Chevrolet one of the pioneers of fiberglass construction. 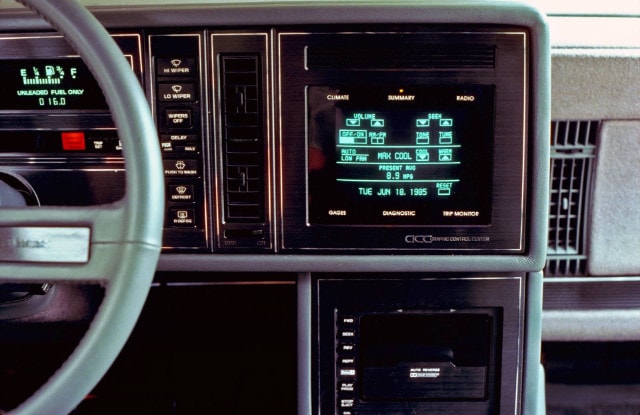 Today, almost all cars have touch screens, so most people consider this technology to be standard. However, think back to 1986 with those monochromatic touch screens car customers thought was a technological marvel. That is exactly what Buick wanted when they introduced a special touch screen as an option on the 1986 Riviera. There’s no doubt that design and technology have come a long way since. 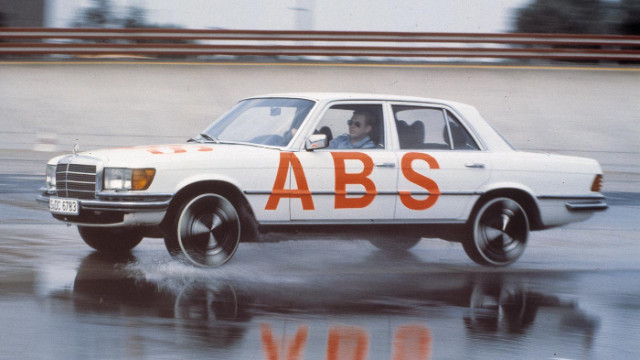 It is hard to believe, but the Bosch Corporation, one of the leading manufacturers of car electronics systems in the world, thinks the introduction of the antilock braking system (ABS) and its widespread use has saved over million lives since 1976. The invention of Antilock brakes came in the â€˜60s. But Mercedes was the first to use them in the â€˜70s. However, since then, they have become an important standard in car safety. 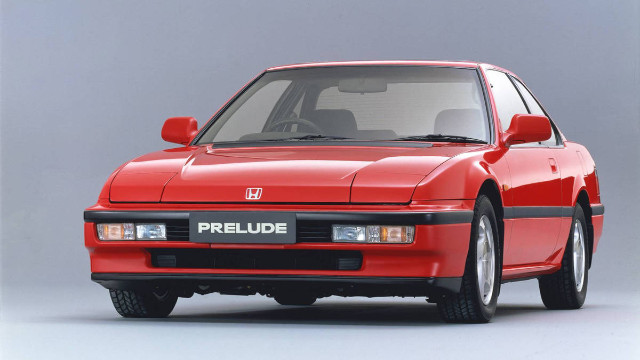 Today, many cars have four-wheel steering. It’s a complicated system that steers the front as well as the rear wheels. And that gives cars a better turning circle and more precise steering. Most automotive engineers thought about all-wheel-steering for a long time. But, just a few companies dared to put it in regular production. Nissan was the first in 1982, soon followed by Honda and its Prelude 4WS. 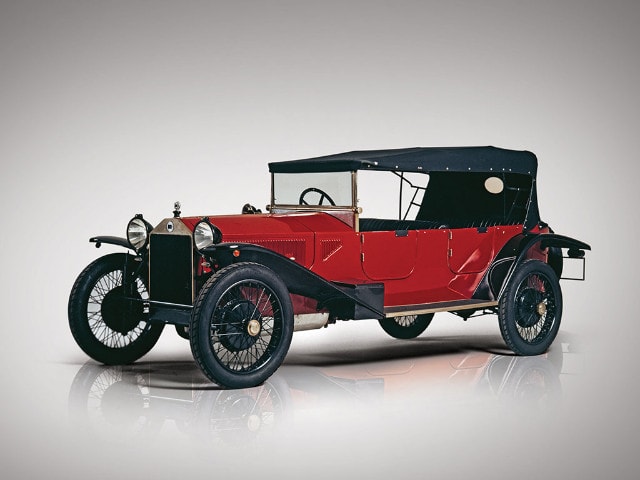 Today, almost all cars have unibody construction or monocoque, as they sometimes call it in Europe. But for a long time, most cars had a sturdy, heavy, ladder-type chassis. But that type of chassis affected handling, making cars taller and chunkier than they needed to be. The first unibody car was the 1922 Lancia Lambda, which revolutionized the construction of passenger cars. 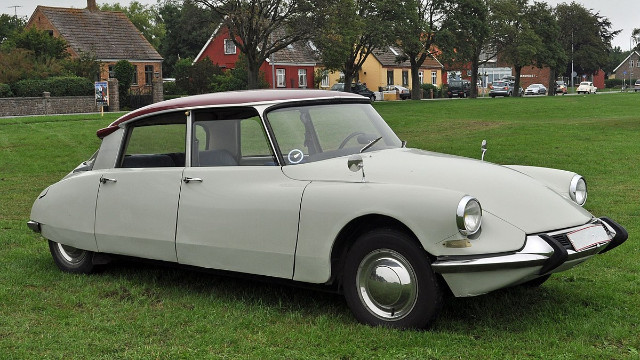 The invention of disc brakes happened early in car history. However, drivers had to wait almost 50 years for Citroen to present the DS. The DS was the first mass-produced car to feature this type of braking, among other notable features. Today, disc brakes are the norm and almost nobody remembers the drum brakes of yesterday. 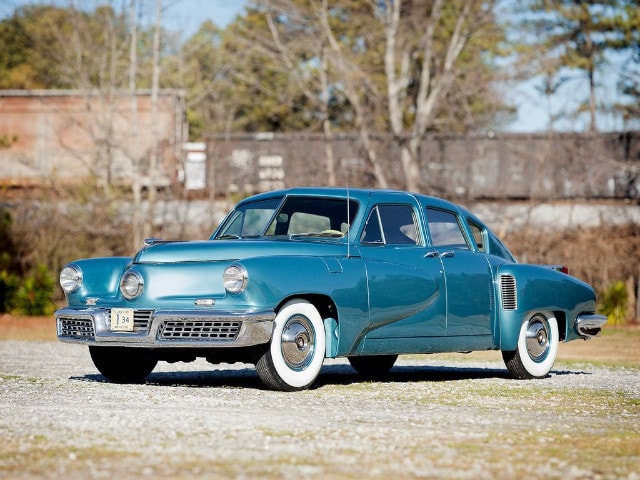 The car safety glass that shatters into small pieces to avoid cutting passengers is the standard for decades. But once upon a time, cars had real glass, which was dangerous in the case of a crash. The ill-fated Tucker Car Company invented safety glass to use on their Torpedo model. The car never got a chance to compete with the Big Three. But, safety glass lives on, and not just in cars, but in many other items. 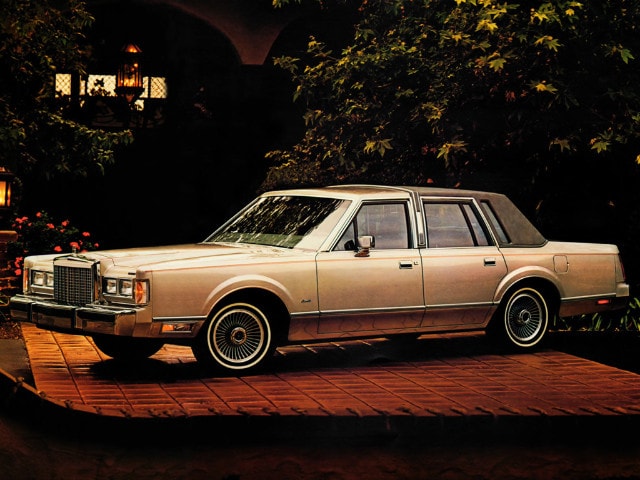 After the radio revolution, car manufacturers started installing newer, better sound systems. Also, they added updated stereo speakers as well as eight-track and cassette players. But the first factory-installed CD player was in the 1986 Lincoln Town Car. After that, almost all luxury manufactures offered CD players as part of their standard equipment.