Chrysler had a fair bit of fun with the K-Car platform in the 1980s and ’90s, although by the latter the platform was tired. The Dodge Shadow was an entry-level car that you could get for a little bit of nothing and drive for a reasonable amount of time. The interior was fairly spacious and the power wasn’t bad considering the dated design. But most drivers from the 1990s are tired of looking at these cars if they’re even still around.

The Shadow wasn’t necessarily a bad car, but the inherent cheapness in its design turned a lot of drivers off. These days, you seldom see a Shadow on the road, and with good reason. Most of them have either had a catastrophic transmission failure or worse, costing more than the car is worth to repair.

Toward the end of its life, Mercury was a sad example of what it once represented. By the ’90s, Mercury was nothing more than home for rebadged Ford models, and poorly rebadged examples at that. The Topaz is a fine example of badge engineering gone wrong, being nothing more than a Ford Tempo with makeup on. The Topaz didn’t have any unique features to differentiate it from the Tempo, not even a different radio.

Yet Ford shoved this car down the throats of consumers for decades in hopes it would appeal to them. Few cars have developed as much of a hated reputation as the Topaz did in a very short amount of time. The car just didn’t resonate with anyone and Ford eventually got the hint and discontinued the car altogether. 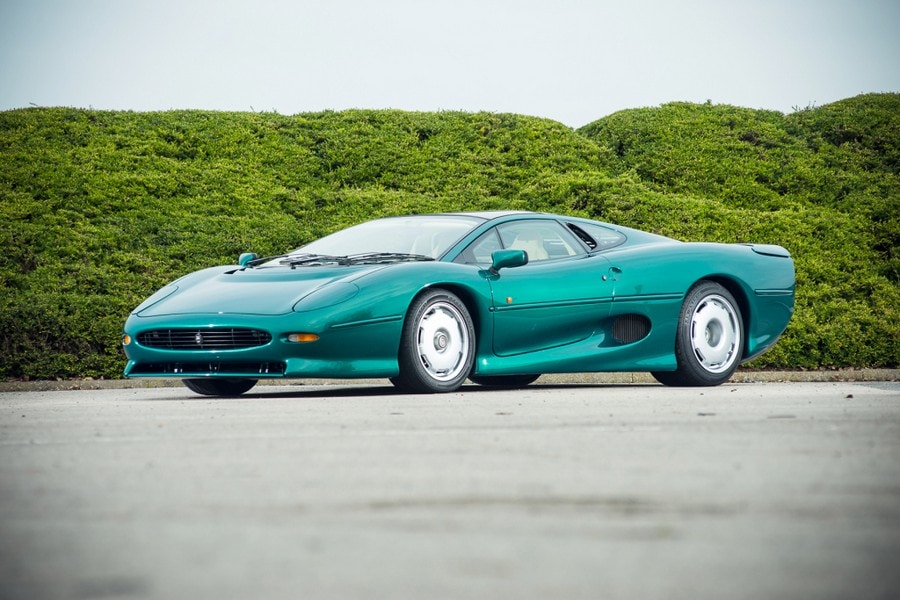 Jaguar is a brand that has been on an uphill battle to escape obscurity for some time now. When it comes to supercars, Jaguar isn’t the first brand that pops into your head. Yet, at one point the company attempted to market a true supercar during the ’90s. The Jaguar XJ220 was so poorly received that there were less than 300 of these cars made. Famous singer Elton John had one but that was about it; overall the car just didn’t sell.

Nowadays an original Jaguar XJ220 will fetch a pretty penny, but that doesn’t mean that anyone wants to buy one. Jaguar is notorious for having reliability issues and high maintenance costs, could you imagine on a supercar? You may not think about that when you’re buying a supercar, but Jaguar’s reputation still isn’t the most stellar one in terms of ’90s cars.

The Chevy Lumina has been a favorite of used car lots for decades, offering dirt-cheap transportation that will run a long time. But reliability isn’t the most important thing when it comes to a vehicle as sometimes you want quality too. The Lumina is far from being a quality driving experience. Drivers know this if they’ve ever seen the paint flake on one of these cars. Luminas were notorious for the paint falling right off of them, on top of transmission failures.

Chevy marketed the Lumina as an entry-level family car, but it was eclipsed by Toyota and Honda. Few people wanted to opt for the outdated and ugly Lumina when they could just go across the street and get an Accord. Chances are the Lumina will go down in history as one of GM’s worst failures, and most drivers from the ’90s agree.

Perhaps one of the oddest things to come out of the nineties was the Monte Carlo, also known as the Lumina Coupe. GM decided to chop two doors off of the Lumina and call it the Monte Carlo, which, at the time, was a coveted nameplate. We’re not sure what GM was thinking but this ’90s version of the Monte Carlo was poorly received. The quality was subpar at best and the performance was nonexistent.

Coming from a nameplate that was known for its V8 powerplant, the fact that GM did this to the Monte Carlo was appalling. Naturally, enthusiasts rebelled against the car and GM was forced to do a redesign for the year 2000. Automotive enthusiasts are far past ready to see this particular Monte Carlo hit the graveyard already.

By the turn of the decade, Oldsmobile had also become a mere relic of what it once was. In the ’90s, Oldsmobiles were badge-engineered and non-imaginative. That is, save for the Aurora, which was quite the accomplishment in terms of technology and performance. But the Achieva was a poorly executed two-door that just felt downright aged and cheap. Astonishingly enough, it was said that GM had spent over a billion dollars on the platform.

You could say that investment wasn’t well spent, as the Achieva has become the laughingstock of the used car market. There was nothing remotely appealing about this car other than the standard V6 engine. From a power standpoint, the car was reasonable to drive, but the rest of it was lackluster at best.

Of all the automakers that should get some props, Suzuki is one of them. The company didn’t make great cars in the 1990s but at least put an effort forth. The X-90 was an ugly rendition of the classic Suzuki Samurai SUV. From a design standpoint, nothing about this car looked right, from its Targa top to the awkward trunk.

Nevertheless, Suzuki was trying to innovate at a time when other automakers had become stagnant. The X-90 could be construed as one of the first “original” crossover vehicles. But enthusiasts are tired of seeing these things from time to time and so the X-90 must take a final bow soon.

In the mid-’90s, the Grand Am was a bit of an oddball, incorporating a shrunken design and a lack of power. The car didn’t seem much bigger than a Chevy Cavalier at the time, yet it was was competing with the Camry. The usual Pontiac treatments were evident on this car from the oversized body cladding to the boy racer image.

The Grand Am from this generation sold quite well and thus there are a lot of them still on the road. But drivers are tired of seeing them and it’s time for this generation of the Grand Am to say bye. Pontiac has since died off and the Grand Am is an example of what to do wrong with a storied car brand.

In the 1990s, Land Rover was at an impasse and had to decide if it would compete with the rising SUV tide or keep the same design. The company decided to compete with the other SUVs on the market at the time, and thus the Discovery II was rushed to market. The problem was that this SUV was notoriously unreliable and suffered from a ton of expensive fixes and recalls.

Land Rover buyers quickly figured this out and by the turn of the millennium, the Discovery II was flooding used car lots. There is still an enthusiast community behind it, but for the most part, it is is a no-go. Its unreliable design and expensive repairs just make this Land Rover a pain to live with. If you enjoy off-roading, other models are much more reliable and easier to work on than the Discovery II.

The Passport has the unique distinction of being one of the few Honda models that isn’t a Honda model. Honda needed an SUV to compete in the boom period during the ’90s. The company turned to Isuzu to rebadge the Rodeo SUV instead. The Rodeo wasn’t a bad SUV, but it wasn’t a Honda and buyers weren’t convinced.

One of the main reasons drivers buy a Honda is for the reliability, and the Passport just didn’t cut the mustard. Still, Honda sold the Passport for quite some time with minimal changes. Although the final generation of the SUV seemed to become more refined, enthusiasts are ready to see this thing vacate the road once and for all.

The ’90s Thunderbird was just lost as the design was dated and the fanbase had left. The car had gone from being unique to just another relic of a bygone era. Ford stopped innovating with this car and SUVs had taken over. So, it was time to pull the plug on the Thunderbird. Ford even replaced the car in the NASCAR circuit with the Taurus after many successful years.

The final year for the Thunderbird was 1996 and the car was about as unimpressive as you could get. The V8 was cut from the lineup and all you got to choose from was a standard V6 engine. Not what most Thunderbird enthusiasts were looking for and the car died a quiet and obscure death.

The 1990s Ford Mustangs were some of the worst, both in terms of quality and performance.
GM was outpacing the Mustang 3-to-1 with the Camaro, and part of this was due to the Camaro’s standard Corvette motor. Not only was the Mustang from this era underpowered but it was also ugly to boot. True, you had the Cobra, but how many ordinary drivers were going to get one of those?

Ford had to improvise the Mustang was redesigned later in the decade, but the first couple of years was rough. The car just couldn’t compete with what the market had to offer, and Ford knew it. We’re not sure what the company was thinking with this generation of the Mustang but it was the wrong move.

The funny thing about the Probe was that it was supposed to be a replacement for the Ford Mustang. But after doing market research on the car, Ford could see that buyers weren’t going for it and it was sold alongside the Mustang. We’re not sure what Ford was thinking with the naming of this car but that’s one reason people want to forget it. On top of that, the bland styling just didn’t stand out like you’d expect a sports car to.

The Probe was unimaginative and the car didn’t bring anything particularly unique to the table. There was a 24V version of the car that got high marks in the performance community, but this car was discontinued shortly after the release. From then on, the Probe trudged on as the also-ran partner of the Mustang until being discontinued.