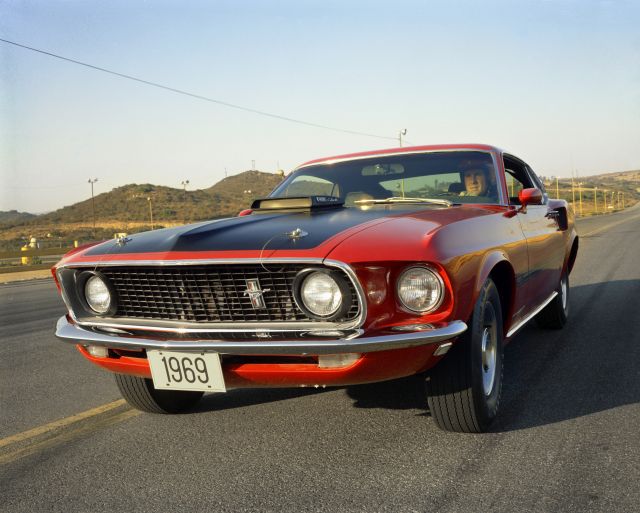 Ford’s best-selling pony car, the Mustang, got its third restyling for 1969, growing in size. The new body was bigger and wider, but the wheelbase stayed the same. All three body styles were present, so buyers could choose between the elegant convertible, standard coupe and sporty looking Sportsroof fastback. But the competition was tougher than ever, and Mustang sales showed Ford it needed to invest in the Mustang to maintain its popularity.

The biggest news for 1969 was the famous Cobra Jet 428 V8 engine available in two versions – the Cobra Jet and the Super Cobra Jet. The difference was in several high-performance parts they used for SCJ. Interestingly, Ford rated this engine at a conservative 335 HP, but in fact, the output was closer to 450 HP. Mustangs with this engine could see 60 mph in as little as 5.5 seconds.

The Cobra Jet 428 was available in all three body styles and with the GT package. However, the model car fans want is the Mach I, which is the appearance package available with Sportsroof coupe. The Mach I was a trim level with three engines: the 351, 390 and 428 CJ V8. However, only the last one is collectible and highly sought after. The prices are high, and a perfectly-restored Mach I 428 could be yours for around $70,000.