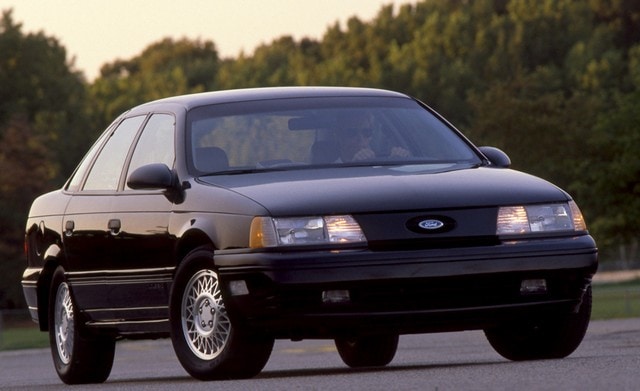 Back in the late ’80s, Ford caused a revolution with the introduction of the Taurus. This was the first truly modern American sedan that ditched the heavy ladder-type chassis and big engines. Instead, it went in a different direction with a sleek, aerodynamic body and front-wheel drive. The Taurus was a big seller; however, the most interesting is the famed SHO version. The Super High Output or SHO was the performance model in the Taurus lineup.

It featured a Yamaha-sourced 3.0-liter high revving V6 with 220 HP. This may not sound impressive, but for 1989, it was a lofty figure. Also, the performance was outstanding with just 6.7 seconds to go from 0 to 60 mph. But on the outside, the Taurus SHO looked like any other regular Taurus. Only the badge on the back revealed its true sports car nature.

That was more than 25 years ago, but even today, the modern Ford Taurus SHO is the champion of understatement. It is also one of the best sleepers you can buy. It has a powerful Ecoboost V6 engine displacing 3.5-liters and delivering 355 HP to all four wheels. The new Taurus SHO can outhandle and outperform many current sports cars. It must be frustrating to lose a race to a Ford sedan that looks like a rental car yet flies like an Audi S6.