The German auto industry is one of the biggest, most influential in the car world. But, not just that. In fact, the Germans invented the car as a patent in 1886, starting the whole automotive revolution which lasts even today. Even though it is an integral part of Europe, Germany has several distinctive characteristics.

And one of which is a vast network of free-to-use highways they call Autobahns. About 60 percent of those highways are de-restricted in terms of top speed. That means on some German highways, you can drive as fast as you want without fear of losing your license forever.

So, for decades, those German automakers produced a string of high-class, high-speed Autobahn sedans with powerful engines and lots of comforts. This is a list of the cars they designed to go fast for long periods and cross continents with ease. So, read on to learn lots more about the best old-school Autobahn bruisers they ever made. 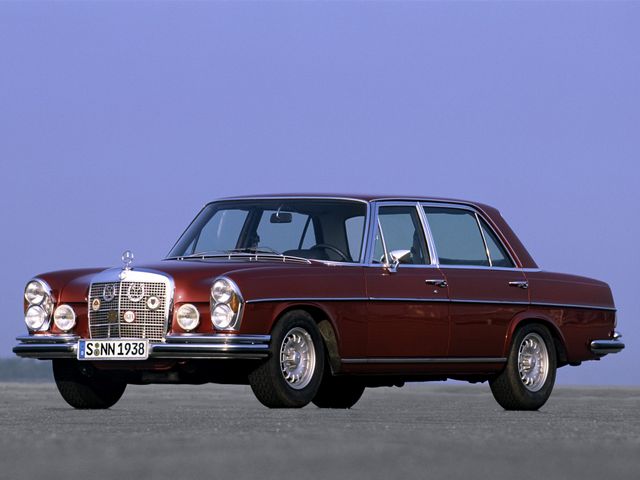 Back in the late ’60s, Mercedes took a big leap forward by introducing the 300 SEL 6.3 version of their luxury sedan, the W109. This was arguably the first power sedan for the company since the mighty 6.3-liter V8 engine with 250 HP and 434 lb-ft of torque sat under the hood.

From the outside, the formal Mercedes sedan looked ordinary apart from the twin tailpipes. However, when you kicked the accelerator pedal, you could leave the Porsche 911 in the dust. They designed this Benz to cruise the Autobahn at speeds of around 140 mph for hours on end. 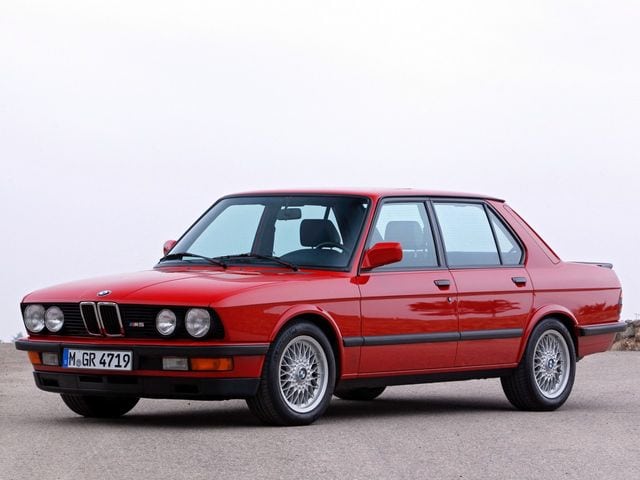 The ’80s brought a slight rise in power and liberty to experiment even further. So, in 1984, BMW created history with the introduction of the first M5 model. They named it the E28 and it was the ultimate version of the popular 5-Series sedan. Under the hood was a highly-tuned 3.5-liter straight six engine with 265 to 288 HP, depending on the market.

Although this not sound much today, for the mid-80s, it was unbelievable power. And better yet, they paired it with the M-Performance tuned suspension and brakes. And that turned this family sedan into a proper sports car. 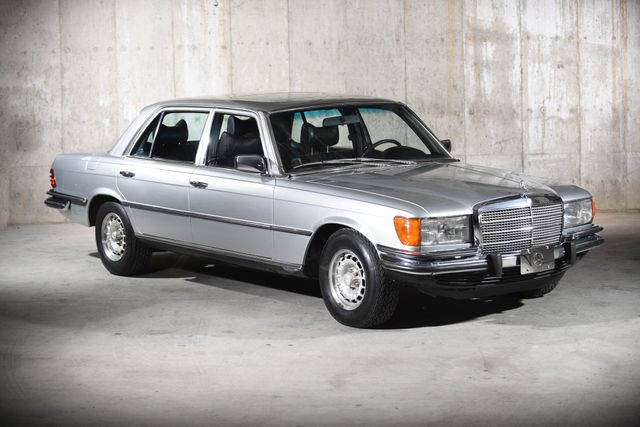 The mid-70s were dark times for performance models all around the globe. The muscle cars were almost gone. Regulations reduced the sports cars power output to ridiculously low levels and performance sedans were almost extinct. However, in 1974, Mercedes introduced the 450 SEL 6.9.

Continuing on the idea established by 300 SEL 6.3 several years prior, the 6.9 was a bigger, heavier, more advanced model. However, it came with impressive performance hidden in the formal body. With 268 HP and 405 lb-ft of torque, it was one of the most powerful automobiles you could buy in the mid-70s. 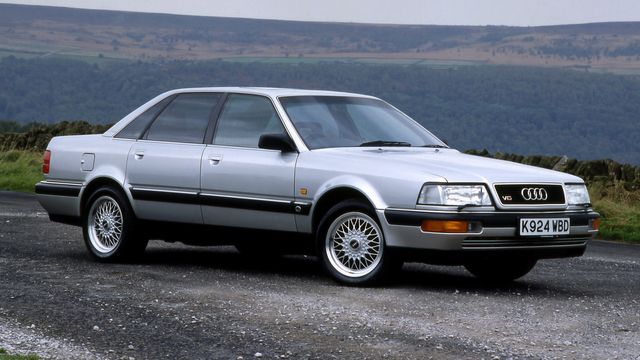 After immense success on and off the track with the Quattro Sport model, Audi decided to pursue the all-wheel drive layout in the rest of its lineup as a top of the range option. So, in the late ’80s, Audi introduced the V8. It was a premium sedan they designed to attack similar cars from Mercedes and BMW.

They used a newly designed chassis, powerful V8 engine and permanent Quattro drivetrain. Audi introduced the car in 1988 and sold it throughout 1994. Although the Audi V8 wasn’t the sales success they hoped for, it was an accomplished model in its own right.

In fact, the V8 was an extremely capable machine with superb road holding and driving dynamics better than the similar Mercedes or BMW. The main characteristic of the V8 was the ability to be perfectly planted on the road even at high speeds, which boosted driver confidence. 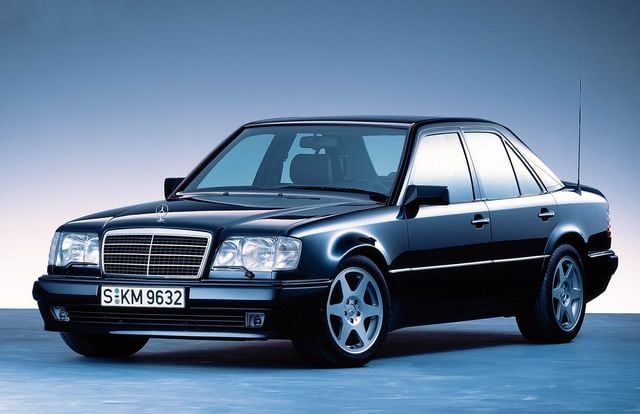 Back in the early ’90s, Mercedes produced the successful but docile W124 E-Class. The elegant sedan was famous for its comfort and refinement rather than performance and speed. However, a team of German engineers would soon change that, and in 1991, they presented the mighty 500E model.

This was a high-performance version of their main sedan featuring a totally different drivetrain, suspension, brakes and engine. In fact, the 500E was so demanding for production that Mercedes asked Porsche to do the assembly of this car. The main feature of the 500E was the 5.0-liter V8 engine which developed 326 HP.

While those are not impressive number by today’s standards, that was a crazy figure for the early â€˜90s, especially in a formal sedan. The 500 E could accelerate from 0 to 60 mph in just six seconds, which was almost as fast as a Ferrari 348. 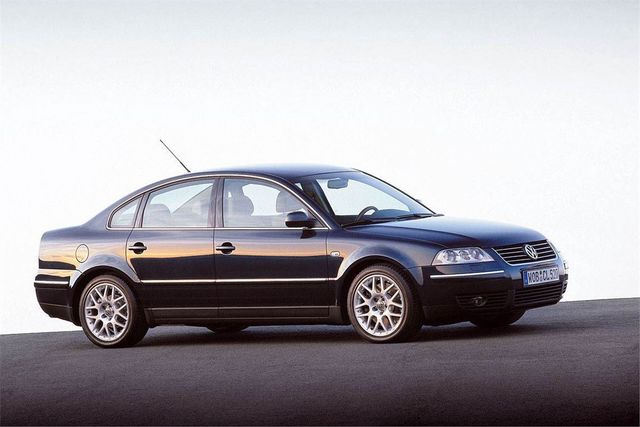 Most people don’t think of Volkswagen as a company that produces high-speed sedans since this is the job of their luxury division, Audi. However, in the early 2000s, VW introduced an interesting Autobahn cruiser in the form of the Passat W8. With the restyling of the then-current B5 generation of the mid-size sedan, Volkswagen introduced a special edition with top of the line technology.

It had an advanced 4.0-liter W8 gasoline engine and a four-motion all-wheel-drive system. Also, their customers could choose the manual or automatic transmission. Also, this top-notch model had all the luxury features and creature comforts as standard. The result was a perfect sleeper/German muscle/performance car in an unassuming Passat body.

The compact, yet powerful W8 engine delivered 270 HP and 270 lb-ft of torque. This was enough to propel the somewhat heavy Passat to a just over six second 0 to 60 mph time. And its top speed was over 150 mph. 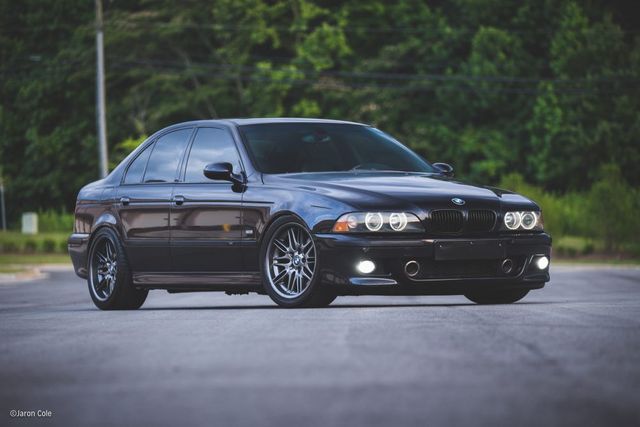 They built the BMW M5 from 1998 to 2003. And most BMW fans consider it to be one of the best performance sedans of all times, as well as the best M5 model. For sure, it is a prime example of a proper German muscle car. If you are wondering what this model did to receive such high praises from car fans and motoring press, keep reading.

BMW had a tradition of building high powered and extremely fast sedans since the mid-80s when it introduced the first M5. But in late 1998, the E39 M5 amped the whole Autobahn cruiser/muscle sedan concept to a whole new level. The M Power department took the already competent E39 platform and re-engineered it into a pure sports car chassis. And it had enough space for five people and their luggage.

The heart of the car was the glorious S62 4.9-liter V8 engine that produced 400 HP. It sent all its power to the rear wheels through a six-speed manual, which was the only transmission choice. The result was the ultimate driver’s sedan and instant classic, which could jump to 60 mph in 4.8 seconds. And even though they electronically limited it, it could top 155 mph. 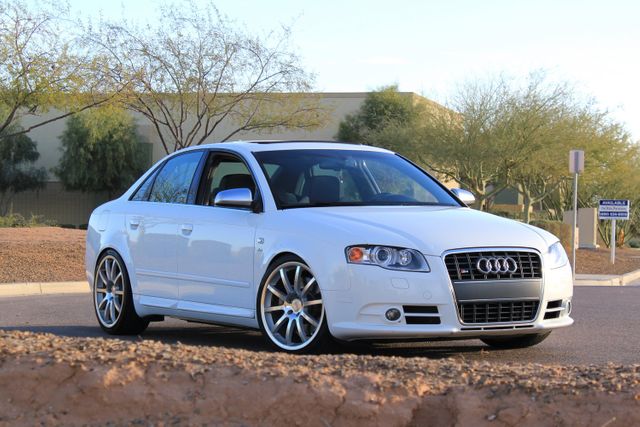 Audi presented the B7 generation in 2005 and immediately, it became one of the hottest four-door cars in the world. From the outside, Audi gave the S4 a stealth look with just a few minor details to show its true nature. On the inside, a perfectly designed interior, finest leather and loads of options created one of the best driver habitats in the industry.

But all of that is secondary to the engine and drivetrain. Hiding in the front is a 4.2-liter V8 engine with 344 HP and 302 lb-ft of torque. It sends its power to all four wheels through an intelligent AWD system. Buyers can choose between a manual or automatic transmission. But, regardless of the transmission choice, the acceleration times are well below the five-second mark. 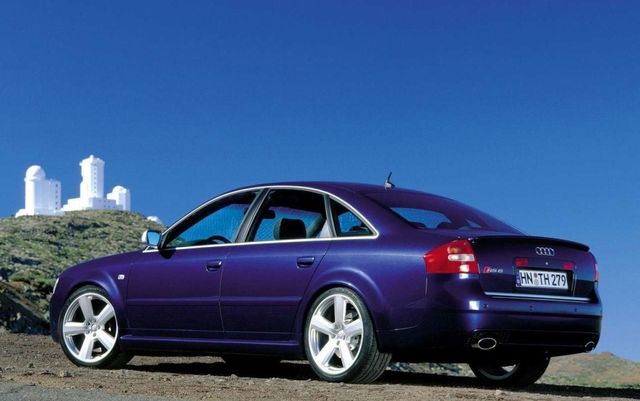 The first RS model that came to America was the 2003 Audi RS6 Sedan. And it introduced the RS performance and philosophy to the American market in the perfect manner. It was 450 HP strong with a twin turbo. A super sedan with unmistakable style, it delivered brutal performance numbers.

Best of all, it provided unbelievable handling from its signature Quattro all-wheel drivetrain. They electronically limited the top speed of this beast to 155 mph. But if you want, you can achieve the top speed of 170 mph if you remove the limiter, which many owners have. 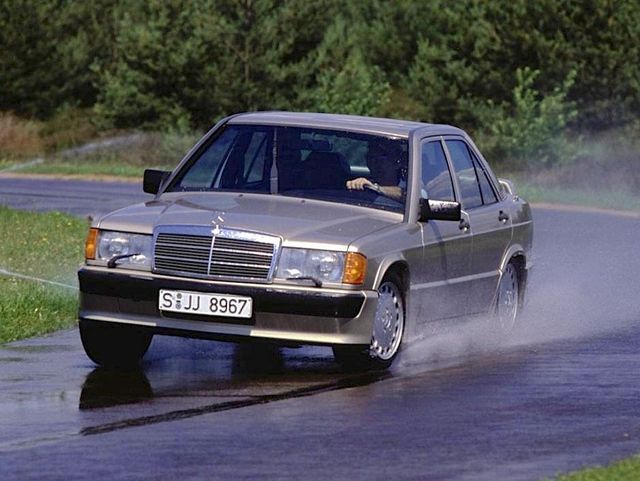 Back in the ’80s, Mercedes and BMW battled on the racetracks with specially-prepared models they based on regular production cars. BMW had the M3 and Mercedes had the 190-Series sedan they named the 2.3 16V. It was a race-tuned version of those economy 190 models that featured the 2.3-liter four-cylinder that produced 185 HP.

Those numbers may not be much by today’s standards. But back in the mid-80s, it was more than decent power. Mercedes put a high-revving engine in a relatively light sedan body, added perfect aerodynamics and a setup suspension to build another Autobahn cruiser and DTM race champion, as well. 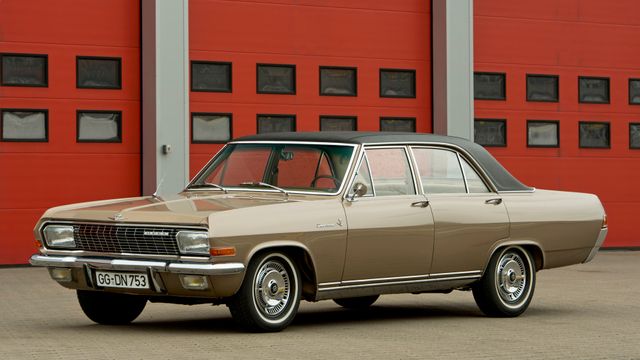 For those who don’t know, the German car manufacturer, Opel, was one of the biggest GM companies from outside the U.S. For almost 90 years, from 1929 to 2017, GM owned Opel and more than a few times, the parent company influenced the design of its models.

One of the most American cars they ever produced in Europe is the glorious Opel Diplomat V8. The Diplomat was Opel’s luxury model. And while the base versions got 2.8-liter six-cylinder, the top of the line Diplomat Coupe got Chevrolet’s 327 V8 engine.

Its overall design was reminiscent of Chevrolet’s mid-size and full-size models at the moment. Thanks to the standard Powerglide automatic transmission, you could easily mistake the Diplomat V8 Coupe for a U.S. model. However, with its V8 power, the Diplomat was the happiest when cruising the highways. 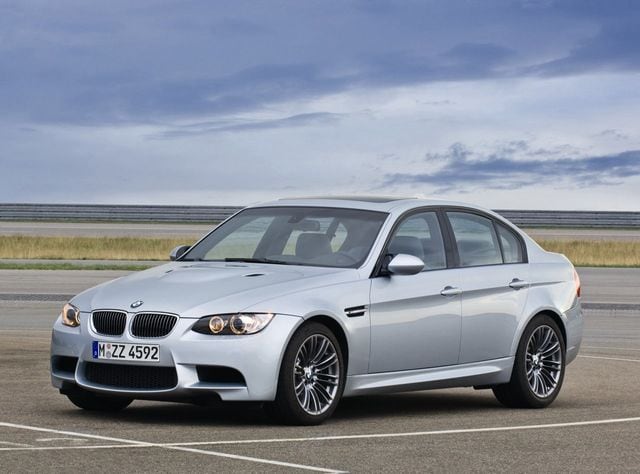 The fourth incarnation of the BMW legendary M3 with the chassis code E90 brought a sedan version, along with a coupe and convertible. The M3 Sedan had the same 4.0-liter V8 engine with 414 HP, sharing the technology with rest of the lineup. But since it was a four-door model, it was a more comfortable option.

Even though most people have forgotten this model now, its specs make it one of best Autobahn bruisers. Without the electronic limiter, E90 M3 Sedan can reach 199 mph thanks to its relatively light body and great aerodynamics.

This list highlighted the best Autobahn bruisers. These are the top old school German performance sedans you can find today. And best of all, if you don’t live in Germany, you can still cruise them down the American highways.