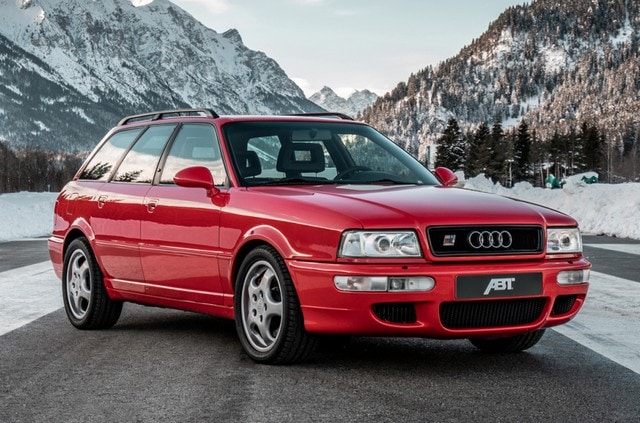 Despite the looks of the old, early ’90s Audi station wagon, the RS2 Avant is a serious performance machine. In fact, it could destroy almost anything, not only in a boulevard drag race but also on the racetrack. Under the dull and unassuming body lies some serious rally technology delivering exceptional performance. The RS2 was the first in a long line of Audi performance station wagons that brought consumers those supercars with long roofs like the RS6.

However, the RS2 is where it all started. The engineers at Audi took the famous, inline five-cylinder turbo engine with 2.2-liters and 315 HP and put it in the most uninspiring body style they could find — the station wagon. On top of all that, they sprinkled it with Quattro all-wheel-drive magic and added a manual transmission. 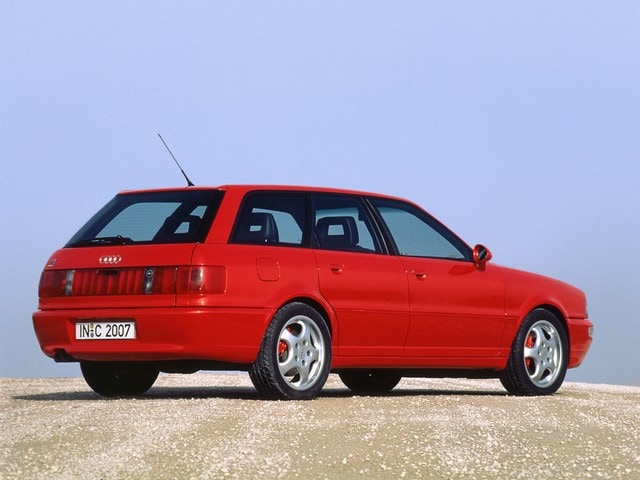 Finally, they sent all that over to Porsche for a precision final assembly. The result was the RS2, with a 4.8 second time to go from 0 to 60 mph. It had divine road holding in its early ’90s form. Unfortunately, Audi limited the production, so if you see one of those cars at the stoplight, you know you’ll get left in the dust. 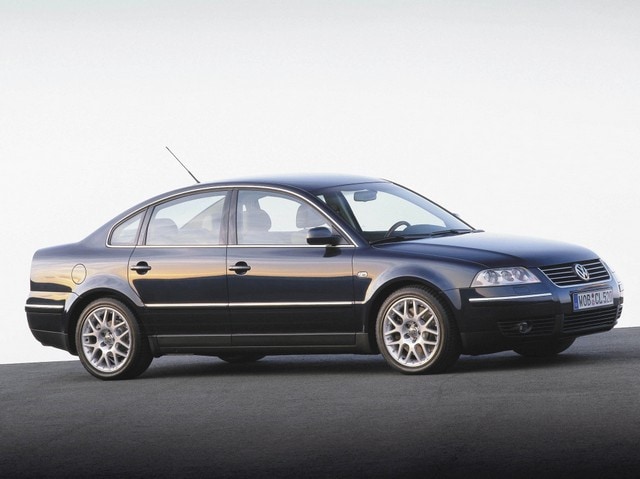 Volkswagen isn’t a company that likes to experiment or introduce overly-advanced models with unique features. They are famous for “middle of the road” cars with regular engines and decent driving characteristics. That’s why their introduction of the Passat W8 in 2001 surprised the car industry. They restyled the current B5 generation of the mid-size sedan, introducing a special edition with top-of-the-line technology.

It had an advanced 4.0-liter W8 gasoline engine and a four-motion all-wheel-drive system. Customers could select either a manual or automatic transmission. This top-of-the-line model had all the luxury features and creature comforts standard too. 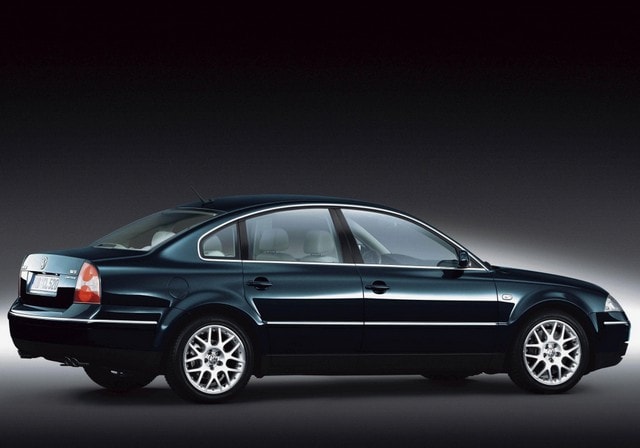 The result was the perfect sleeper performance car in an unassuming Passat body. The compact-yet-powerful W8 engine delivered 270 HP and 270 lb-ft of torque. This was enough to propel the somewhat heavy Passat to just over six-second 0-to-60 mph acceleration times. Volkswagen ceased production in 2004. 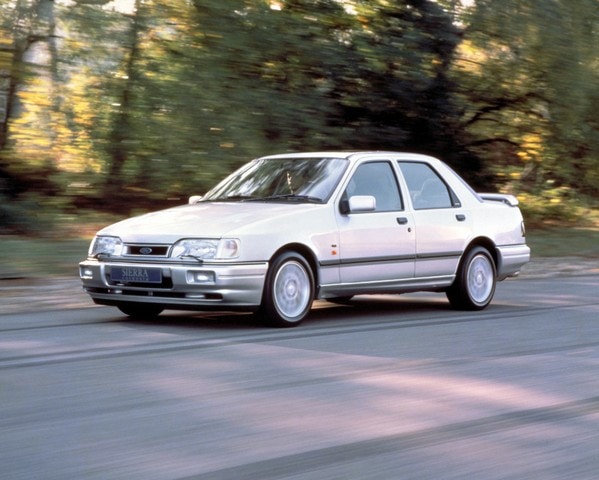 After the crazy RS Cosworth three-door hatchback of the mid-80s, Ford UK presented the RS Cosworth 4×4 in 1989 as a regular four-door sedan with stealth looks, but a stellar performance. Even though the power was the same, under the hood was a 2.0-liter turbocharged engine providing 220 HP mated to a manual transmission and a highly capable AWD system. 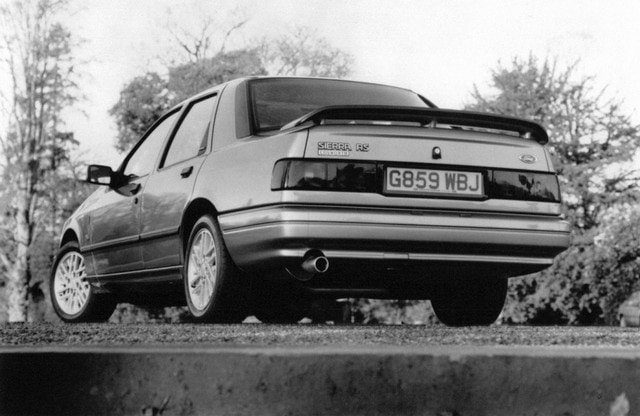 The car looked like any other family sedan on the market but had the performance and acceleration of a Porsche 911. Many owners decided to tune the 2.0-liter engine, enabling this reliable powerplant to deliver up to 500 HP. 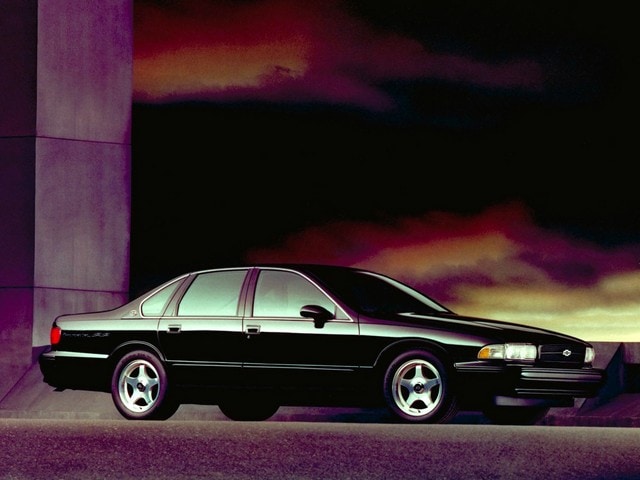 Chevrolet resurrected the Impala SS nameplate in 1994 as an option on the seventh generation of this legendary model. Since the early ’90s marked the return to performance for most American manufacturers, Chevrolet installed the famous 5.7-liter LT1 V8 engine in the full-size rear-wheel-drive sedan. Then they equipped it with a heavy-duty suspension and components, creating a modern muscle legend. 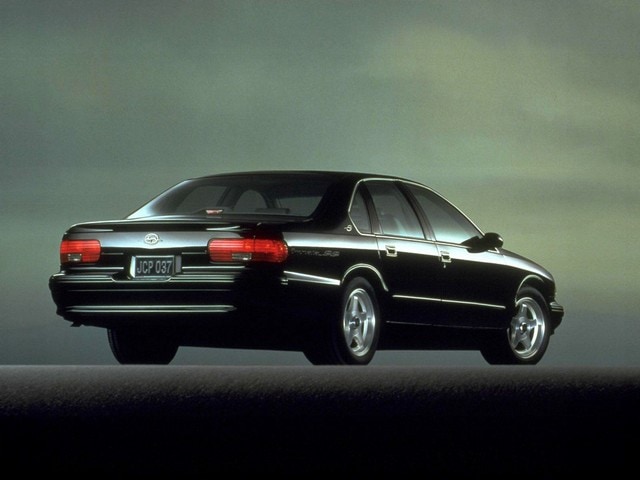 For two years, Chevrolet produced almost 70,000 Impala SS models in several colors, with dark purple being the most popular and sought-after. The engine delivered 260 HP, propelling the big sedan from 0 to 60 mph in just seven seconds. Those aren’t exactly spectacular numbers, but for the mid-90s, they were great results. 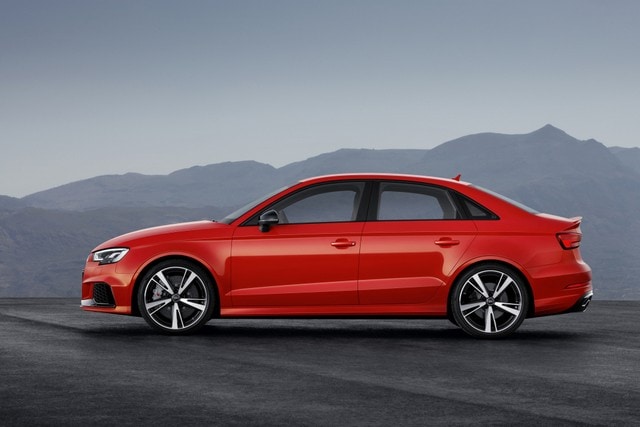 From the outside, you could mistake the new RS3 Sedan for a regular A3 four-door since this model retains the elegance and the same proportions as a standard sedan. You might think it’s another boring compact sedan with nothing to show. But, as soon as you press the gas pedal, you’ll understand how wrong you were. 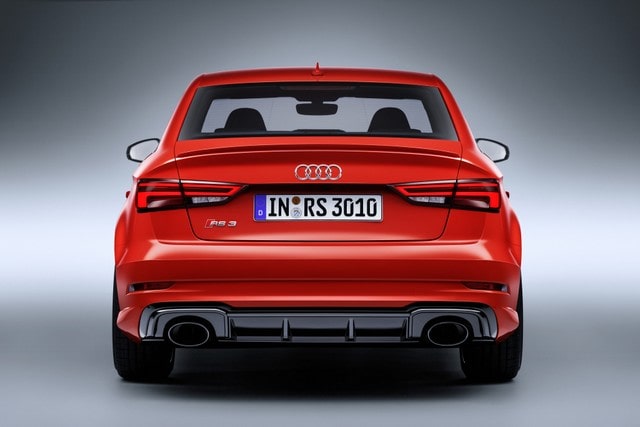 The 2.5-liter unit delivers 400 HP and 354 lb-ft of torque, making it the most powerful car in its class. The power goes to all four wheels over a signature electronically-controlled Quattro AWD system. That ensures you get the perfect traction and grip in all kinds of driving conditions. All of this translates to incredible performance numbers. The RS3 Sedan is capable of reaching 60 mph in just 3.9 seconds, topping 174 mph. 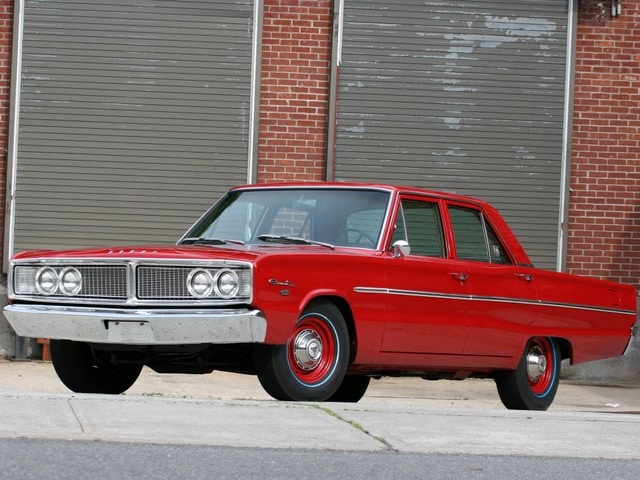 The 1966 Coronet Sedan looks like it has a slant six-cylinder or modest 318 V8 at best. With its taxi hubcaps and plain appearance, the Coronet 426 looks like your typical grocery-getter. However, looks can be deceiving, because once you peek under the hood and notice the Hemi engine, you’ll understand just how fast this car really is. 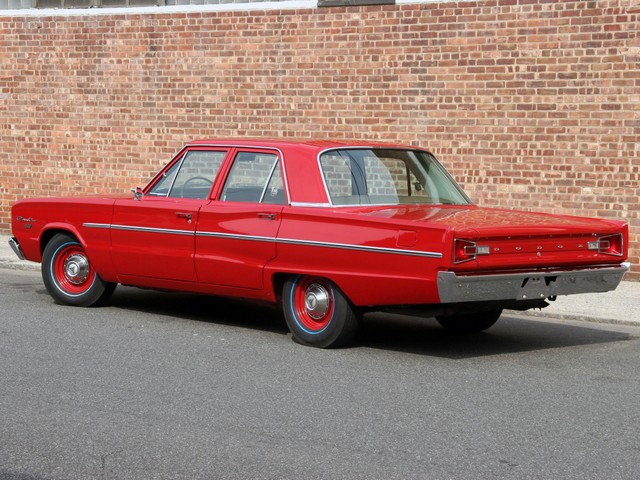 With 425 HP under your right foot, the Coronet Hemi four-door was arguably the fastest production sedan in America at the time it debuted. This diminutive sedan is the ultimate muscle car in four-door disguise. 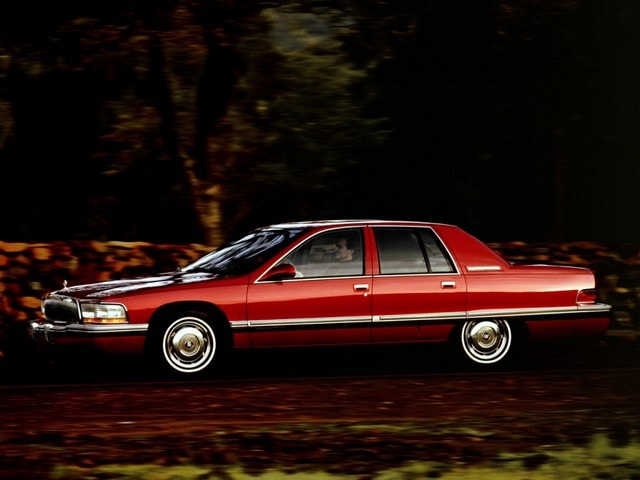 The legendary Roadmaster nameplate returned to the Buick lineup in 1991 after a 33-year long hiatus. The car was basically the same as other offerings from General Motors in the same class. However, the Roadmaster had some luxury options and one interesting engine that turned this comfy cruiser into a muscle car. 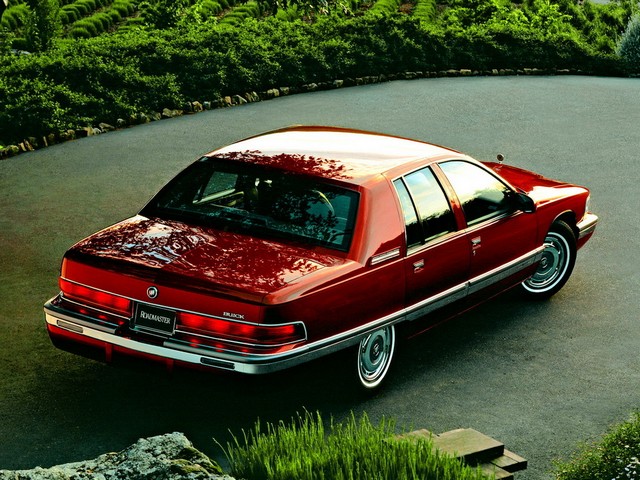 The engineers at Buick found a way to install a Corvette LT1 5.7-liter V8 engine into the Roadmaster’s engine bay. The LT1 produced 300 HP in the Corvette. But in the Buick, it delivered 260 HP, which was more than enough. 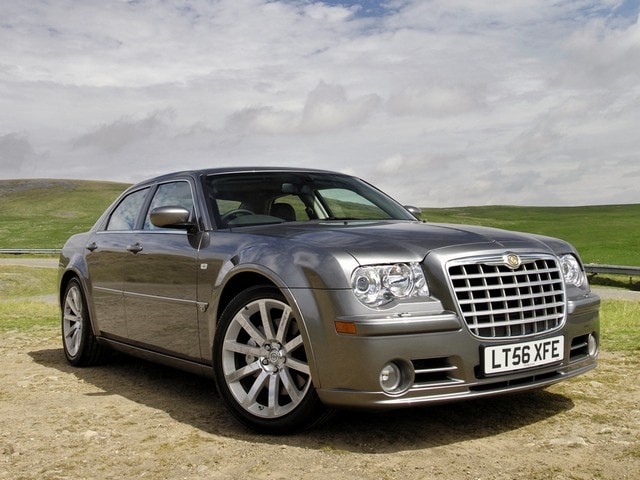 The Chrysler 300C is an interesting car because it is one of the last, if not the last, true American box sedans. It comes with big V8 power and a chrome grille. To some people, it looks like your typical rental car and is nothing to be excited about. But then there’s the 300C SRT-8. 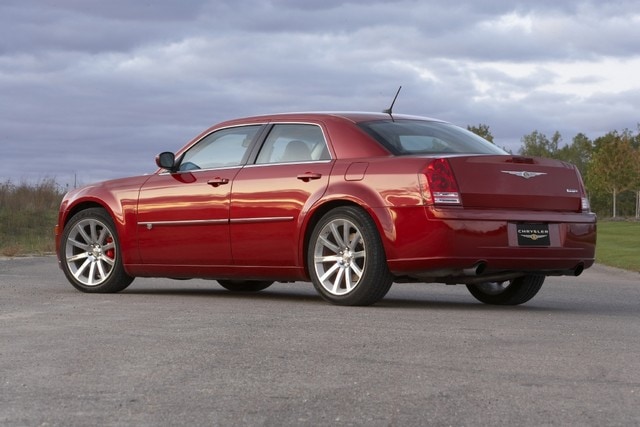 The SRT-8 comes with a 6.1-liter V8 Hemi engine that pumps out 425 HP, sending a glorious soundtrack through its twin tailpipes. The SRT-8 is fast, as getting from 0 to 60 mph takes around 4.9 seconds. The top speed was over 170 mph. 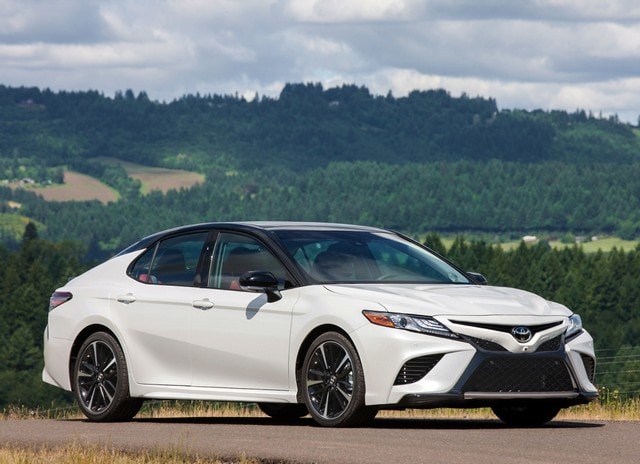 For most people, the Camry was never a performance car. It has always been a boring sedan for family-oriented car buyers. However, just take a look at the stats of the 2018 model. 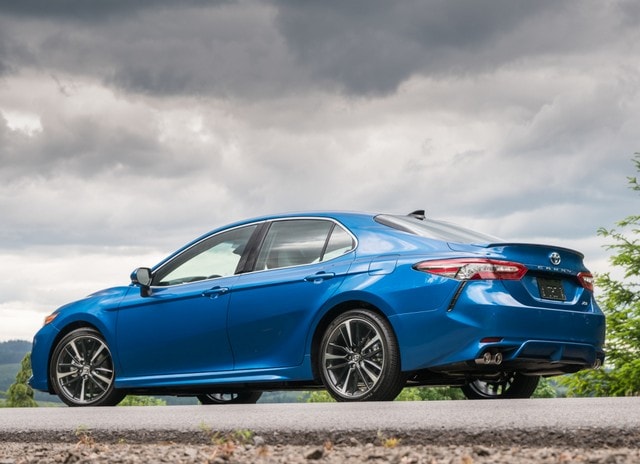 The Toyota V6 comes with a 3.5-liter V6 engine that delivers 301 HP. It sends all that power to the front wheels over an intelligent eight-speed automatic. In fact, the new Camry can achieve a 0-to-60 mph acceleration time in just 5.7 seconds. That is significantly faster than some of the most renowned muscle cars. 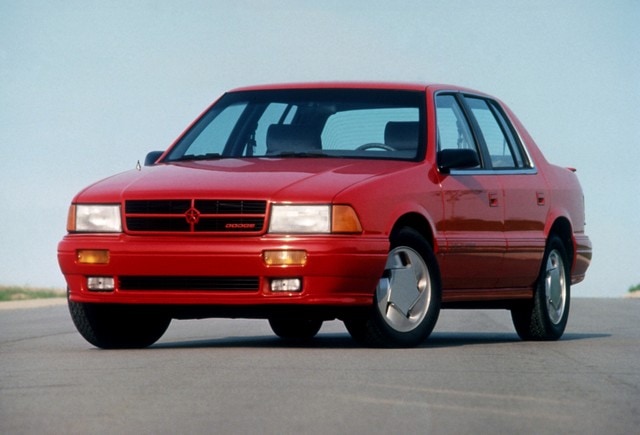 The Spirit was a Dodge economy model they presented in the late ’80s. But when Dodge presented the R/T version, things got interesting. The base 2.2-liter four-cylinder that developed only 90 HP got a turbo upgrade, producing an impressive 224 HP and 218 lb-ft of torque. For the 1991 model year, that was a hefty power level coming from an economy car. 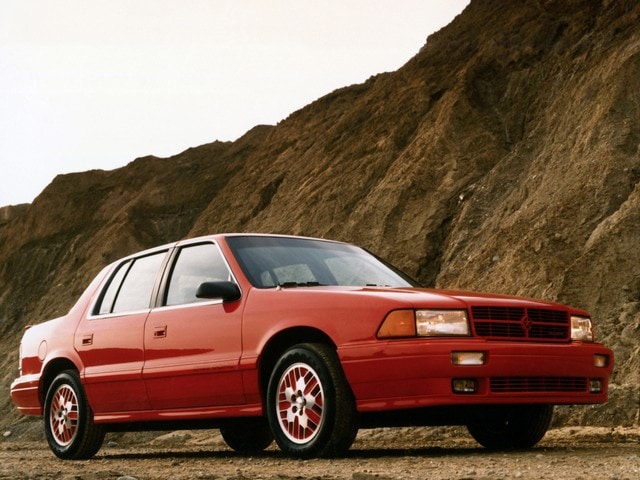 The newfound power raised the performance to a whole new level. The Spirit R/T could accelerate from 0 to 60 mph in less than six seconds, and that was Corvette territory back in 1991. 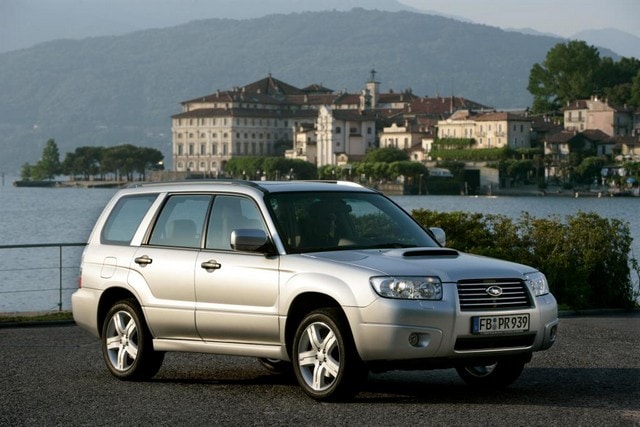 Nobody would consider the 2005 Forester XT a performance machine. After all, it’s a mid-size family SUV concentrating on comfort, but with a twist. The Forester 2.5 XT has a 2.5-liter turbocharged flat-four engine that delivers 207 HP. 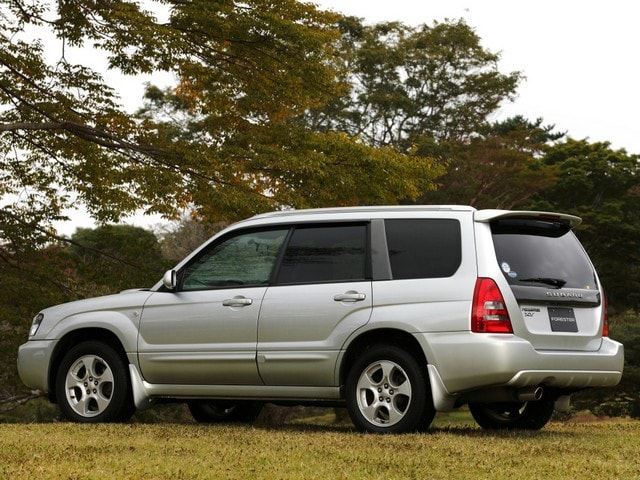 It has an extremely capable all-wheel-drive that adds up to a surprising acceleration time from 0 to 60 mph of 5.7 seconds. Those performance numbers make it a Porsche Cayenne Turbo rival. 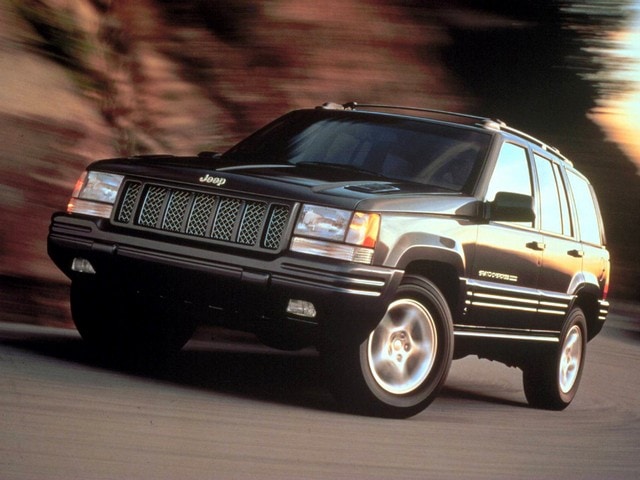 Today, fast SUVs are nothing special, but in the ’90s, they were extremely rare and obscure. However, Jeep produced one that will be a collector’s item in the near future. It is the 1998 Jeep Grand Cherokee 5.9 Limited, a one year, top of the line model they equipped with every luxury item possible, as well as a 5.9-liter Magnum V8 producing 245 HP. 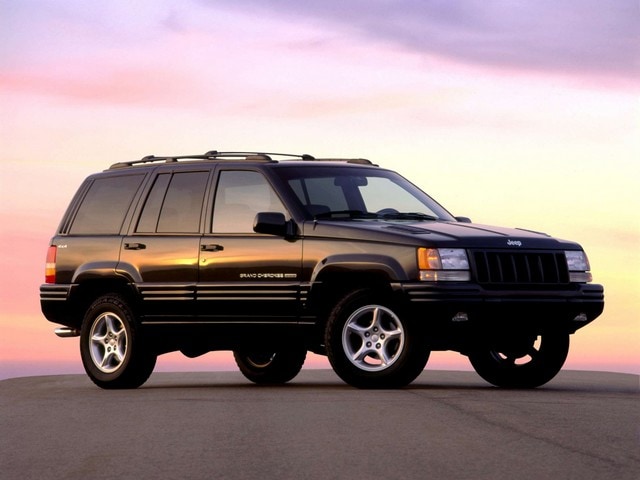 Although 245 HP doesn’t sound impressive today, it was a lofty number for late ’90s SUVs. The Grand Cherokee 5.9 could be considered a Jeep hot rod long before the modern SRT versions with their powerful Hemi engines. Although they only built about 15,000 if them, the 5.9 Limited is a definite future classic.

These are 25 of the most convincing sleepers ever made. They may look ordinary, but they pack a punch under the hood. Drive one of these down the road and you’ll own the stoplight.