The Past, Present & Future Of The Legendary BMW M3 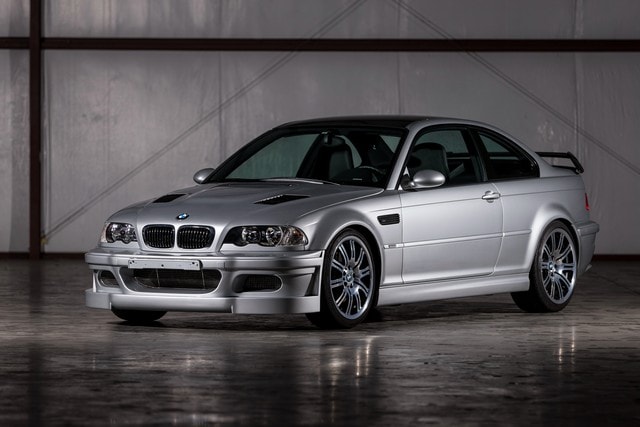 The BMW M3 is no doubt one of those cars that is widely familiar, even to non-car people. Thanks to a unique position on the market, specific appeal, racing success and perfect engineering, the BMW M3 has exceeded the limits of its class. Over time, it became a sports car icon and one of BMW’s most accomplished models.

Created by chance, the M3 did what it was set to do, evolving into a precision driving machine almost all companies tried to copy. Still, nobody has managed to capture the magic and essence of this Bavarian muscle car. So enjoy your journey through M3 history to learn how it became such a legend among car fans. You can also view a full gallery of the M3’s storied history by clicking on any photo in this article. 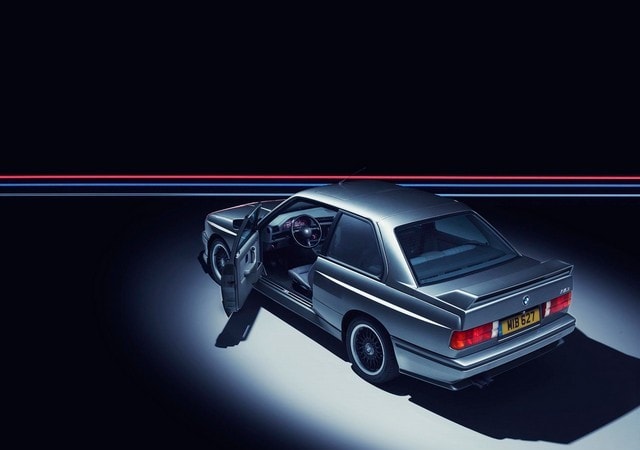 The Origin of the M3

Everything started in the mid-80s when BMW wanted to race in the German DTM touring car championship. In those days, BMW had a successful E30 3-Series model, but they didn’t have a proper racing version. Since the DTM series was immensely popular and BMW was on a roll with its success in the Formula One races, the next logical step was to create a unique racing model. They wanted a version to sell to the general public. That’s how the original BMW M3 came to be.

In 1986, BMW presented a street-legal model with a high revving 2.3-liter four-cylinder, close-ratio manual transmission, and specially-tuned suspension. Also, it had a unique coupe body with spoilers and wide arches. The car soon took the motoring world by storm. It won almost all the current racing series, becoming the most successful touring car of all time. Even though production ended in the early ’90s, it was clear the M3 was much more than just a limited production model. 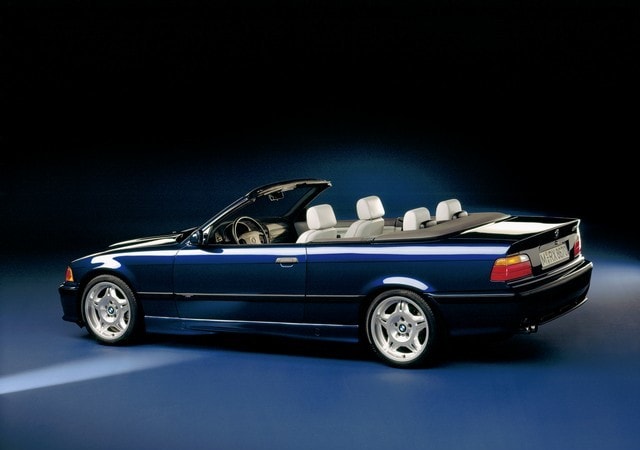 The M-Performance division at BMW realized they created something special, so when it was time for the second generation, they decided to widen the appeal of the M3. In 1992, the second generation arrived in three body styles as a coupe, sedan, and convertible. Also, it came with more equipment and luxury items, as well as a wider choice of colors and features. The M3 wasn’t just a Spartan homologation special, it was a fully-fledged performance car and valuable addition to the BMW lineup and image.

Under the hood, there was a new 3.0-liter straight-six engine and later a 3.2-liter producing 285 HP, and then 321 HP. That was a more than respectable output for the early ’90s. Unfortunately, most U.S. models produced about 240 HP due to emissions regulations. But even with such low power output compared to the European models, the M3 E36 was a capable and agile car. Although the E36 generation M3 from 1992 to 1999 wasn’t as pure of a sports car as the original model, it sold well and raced successfully, establishing the legend. 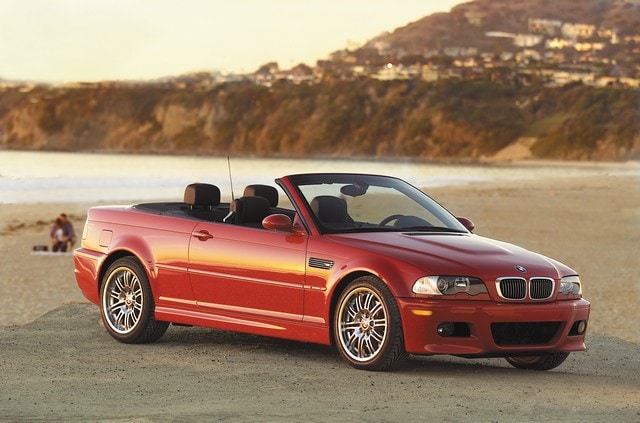 In late 2000, BMW introduced the third-generation M3 with the internal chassis code, E46. Widely considered to be the best, most balanced M3 ever, the E46 was the product of careful engineering and thorough testing. All that resulted in one of the best sports cars in the early 21st century.

Over 80 percent of the vehicle was different than the regular 3-Series coupe. Under the hood was a new straight-six with 3.2-liters and 343 HP. For the first time, buyers could order the M3 with an automatic transmission. And on top of that, BMW also offered the infamous SMG gearbox. 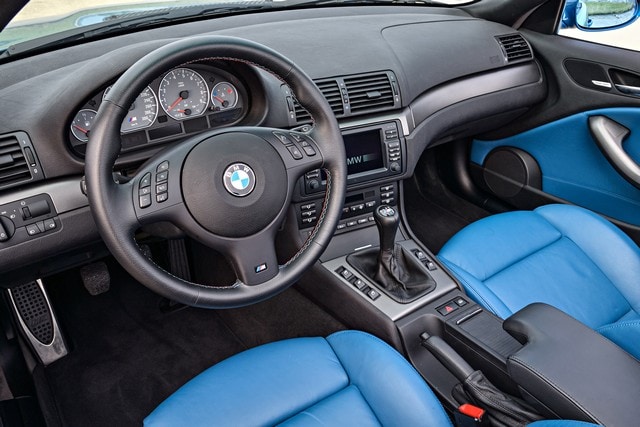 However, in contrast to the E36 M3, the E46 was available only as a coupe or convertible. But still, the motor press and customers were full of praise for this car. BMW managed to create a perfectly-balanced machine with a beautiful mechanical feel as well as modern technology and electronics. With over 80,000 sold in just five years, the E46 M3 was once again an enormous success. Most drivers consider it to be a true modern classic that proved its worth on the street and racetracks all over the world. 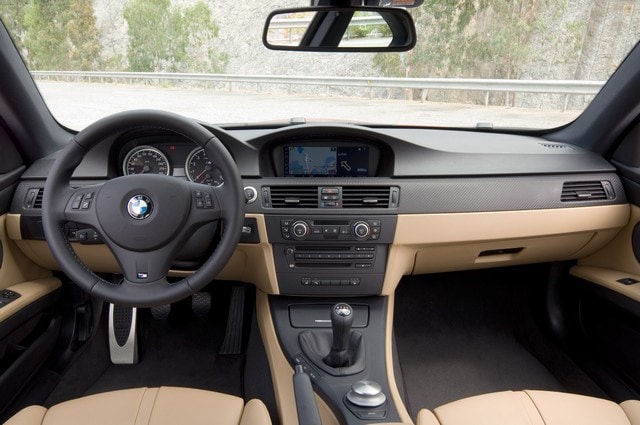 Everybody knew the E46 M3 was a tough act to follow. However, BMW managed to surprise people with the E90/92/93 M3 in 2007. If the E46 was a fine-tuned precision machine, the next generation was a fire-breathing German muscle car. The reason was the all-new, high-revving 4.0-liter V8 engine, a first for the M3.

Similar to the E36 generation, BMW offered three body styles in a sedan, coupe, and convertible, all with their own chassis codes. With 412 HP in base form, the 2007 to 2013 M3 was extremely fast. That made it more of a Porsche 911 fighter than just a hot version of a compact family sedan. To widen its appeal, BMW offered a GTS track-oriented version, as well. 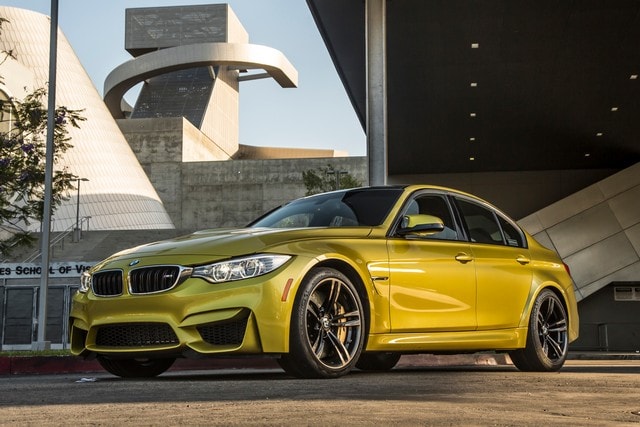 Due to the rising environmental and fuel efficiency concerns, in 2014, BMW decided to bring some changes to the M3 range. First, there were no more naturally aspirated engines. Instead, BMW installed a turbocharged straight-six unit with 3.0-liters of displacement and 425 HP in base form. Second, they added two models to the range. There was the M3, which only came as a sedan and the M4, which came in coupe or convertible form.

Although this change resulted in protests from the BMW faithful, it was necessary to distinguish the sedan and coupe models for buyers, although they were basically the same. The turbocharged unit was blisteringly fast. So once again, the M3 and M4 were among the best performance cars you could own. BMW produced several special editions like the M4 GTS and M3 CS with more power and better performance numbers. 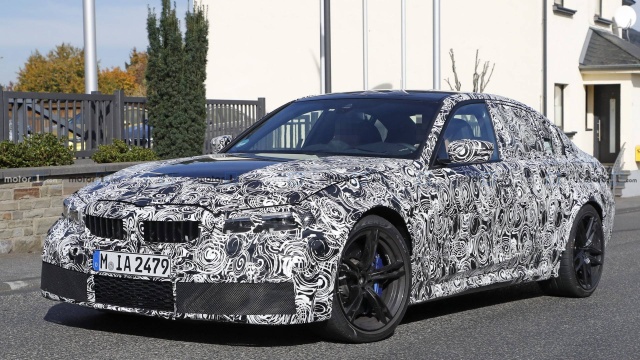 The Future of the M3

You can expect to see the next-generation M3 debut in 2020 under the chassis code G80. Once again, it will be powered by a turbocharged six-cylinder but it will deliver over 500 HP. The rumors are that the base cars will have rear-wheel drive, while all-wheel-drive will be available as an option. Fortunately, the BMW M-Division has confirmed that the manual transmission would be available so driving purists don’t have to be afraid.

The Bavarian Icon – Past, Present and Future of Legendary BMW M3
See all 52 photos