14 Perfect Rides For A Road Trip Across the United States 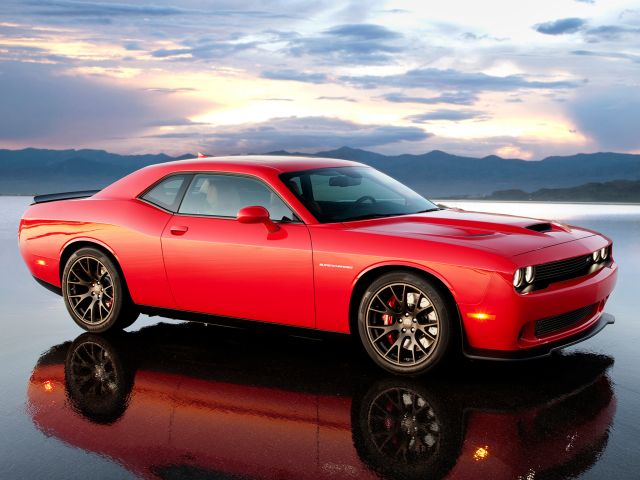 Everybody went crazy when Dodge announced the Hellcat Charger and Challenger models. They expected the reaction since the 6.2-liter supercharged V8 with 707 HP was a proper monster of a muscle car. Some thought it shouldn’t be on the streets and that is what makes it perfect for road trips. But, Dodge did just that, allowing the public to buy one of the fastest and most powerful muscle cars they ever built.

Despite being a powerful, fast car, the Dodge Charger and Challenger Hellcat are surprisingly good to drive and can be docile at low speeds. It is only when you press the throttle and unleash the fury of those 707 supercharged horses can you feel the brutality of the Hellcat package. All that power going to the rear wheels should make any road trip a dream. 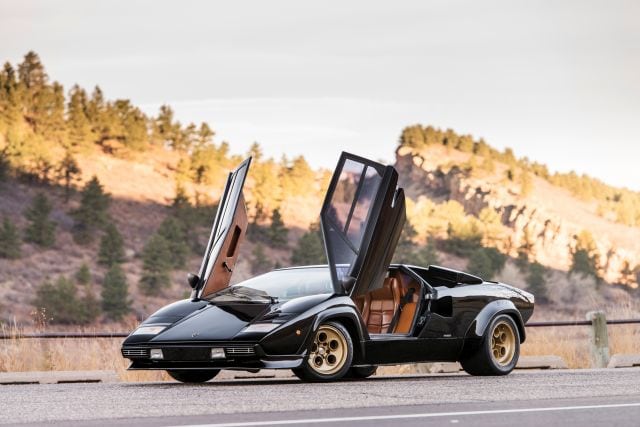 The Countach is the definitive ’80s supercar icon and everybody’s bedroom wall poster. This car was born in the ’70s. Lamborghini introduced it in 1974 and constantly upgraded the Countach. This helped Lamborghini survive the hardship of the recession and establish itself as the supercar maker of the decade. This car is on the list of perfect rides for epic road trips across America because it was featured in the legendary Cannonball Rally movie where it raced from coast to coast.

In 1977, they presented the LP 400 S version. It had a modern-looking body kit with an improved 4.0-liter V12 engine delivering 390 HP. The mid-engine layout provided the perfect balance. And with almost 400 HP going to the rear wheels, the Countach LP 400 S was fast. The 0 to 60 mph time took 5.9 seconds, which made it the top supercar of the period. 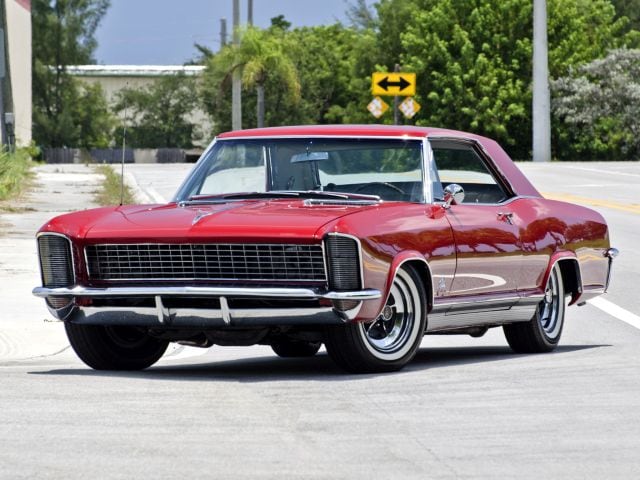 In the early ’60s, Detroit was aware of those luxury Gran Turismo European coupes coming to America and selling in significant numbers. Performance-oriented buyers didn’t want big, heavy domestic coupes. They had the power but didn’t provide the handling or the feel of a sports car. So, instead, they turned to Ferraris, Maseratis, and Jaguars for their performance car excitement and prestige.

GM decided to capitalize on this trend by introducing a fresh new luxury model with great styling, a cool name and enough power to put all those European coupes to shame. So, in 1963, they introduced the Buick Riviera. It immediately became one of the most interesting cars on the American market at the moment. The combination of sleek, elegant styling, a modern interior and the powerful Buick Nailhead engine made the Riviera an instant bestseller.

It became the first real competitor to the famous Ford Thunderbird. But Buick wanted more, so the company introduced the legendary Riviera Grand Sport or GS in 1965. The car featured a revised suspension, a bigger 425 engine, and a host of other performance upgrades. In this version, the Rivera was a true world-class automobile with 360 HP and acceleration times of 7.9 seconds.

This was better than most of the sports cars of the period. The Riviera as a model stayed in production until 1993. However, it was the first three generations, especially the GS models that people seek the most. In fact, car fans consider them to be some of the best luxury muscle cars Detroit ever produced. 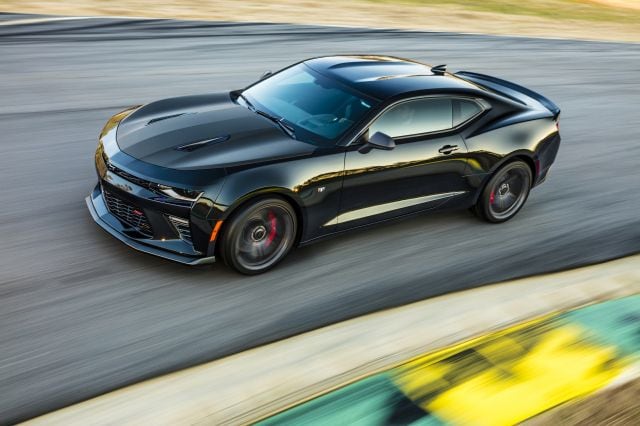 One of the best performance car bargains is the Camaro SS, especially its track-oriented 1LE version. The base Camaro SS is one of the top muscle cars around with its 6.2-liter, 450 HP V8 engine. It creates loads of torque and with its perfectly-balanced chassis, the 1LE is even better. The engine is the same one as you would get in a Corvette, which means it has 460 HP.

The suspension is even more focused and slightly revised to give the driver a better driving feel and sharper response. Imagine driving this perfectly tuned machine on a long road trip with every mile bringing you more driving pleasure.

Also, Chevy improved the aero package, so the 1LE is a great choice if you want an all-around sports machine. It is a capable road car, comfortable enough for daily use and for long drives. It is also sharp enough to be a track car that provides tons of fun on the race track. Besides the SS V8 1LE, for $10,000 less, you can get the V6 1LE. It is less powerful and slower, but still a solid sports car.

Are you planning to travel by car in the near future? Consider one of these vehicles as perfect rides for your next epic road trip across the United States.