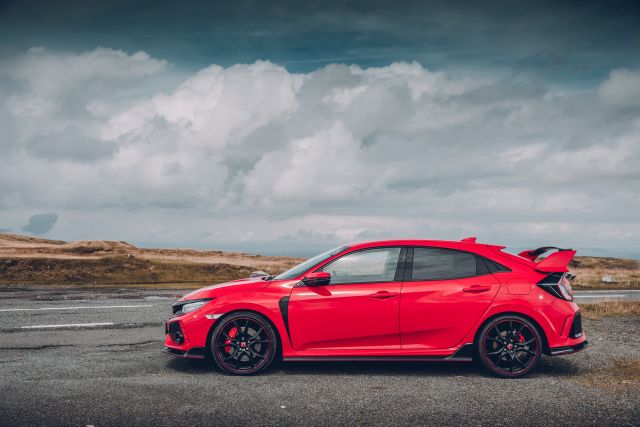 The latest addition to the powerful four-cylinder car club is the fifth generation Honda Civic Type R. The new performance Civic looks like every racer’s dream with numerous spoilers, scoops and air vents all over the body. The aggressive design, superior performance and JDM appeal make this Civic a valuable addition to the hot hatch class.

In the past, Honda has resisted the temptation to turbocharge its performance engines. But the Civic Type R has the same turbocharging as any other competitor in its class. The 2.0-liter turbo four delivers 306 HP. It can propel the nasty-looking Civic Type R to 60 mph in 4.9 seconds and top 170 mph.

However, the acceleration times are somewhat slower than the competitors. The reason for that is that the Civic is front-wheel drive and not AWD, as most other models in its class. The other reason is that the new Civic Type R is a manual-only car in a segment where automatics are a more common choice.

The good news is, the absence of all that heavy all-wheel-drive hardware makes the Civic Type R a light and nimble car. This is something hardcore performance driving enthusiasts will highly appreciate.