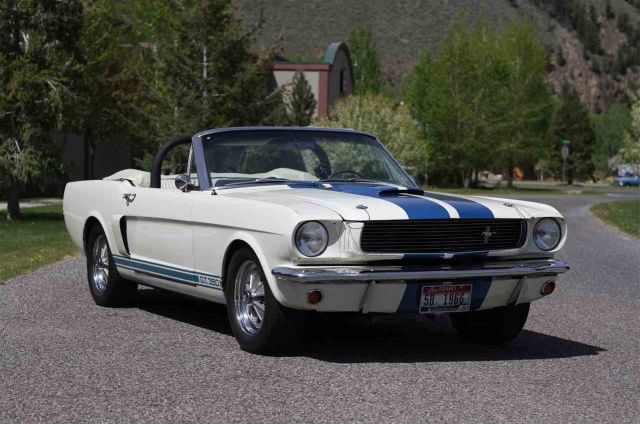 Most muscle car enthusiasts will say the first model year for the Shelby Mustang convertible was 1968, but this is only partially true. In 1968, Shelby offered convertible versions for sale to the public as a regular production option, but Carroll built the first convertibles himself in 1966 as a secret project.

They introduced the Shelby GT 350 in 1965 as a race-ready version of the Ford Mustang. It soon proved itself on the race tracks all over the world. By 1966, the GT350 was a global success and Ford praised Shelby for giving them a race car that could beat both the Chevy Corvette and Europe`s finest sports cars of the era.

In 1966, Ford offered the GT350 with street-friendly equipment, an automatic gearbox and new color choices. This move affected its popularity and helped sell more cars. However, there was still no regular convertible option. But, at the end of the 1966 model year, Carroll Shelby decided to produce a limited and secret run of six GT350 convertibles to give to his family and friends.

This was a sort of commemorative edition to celebrate the success of the GT350, as well as a prototype for the potential production of convertibles. Each car received full options, like air conditioning and a roll bar. They also painted each car in a different color with its signature white racing stripes.

For years, mainstream muscle car enthusiasts were unaware of the 1966 GT350 convertibles simply since the owners kept them in private collections, rarely showing them in public. Today, four are known to exist and two are among the missing.