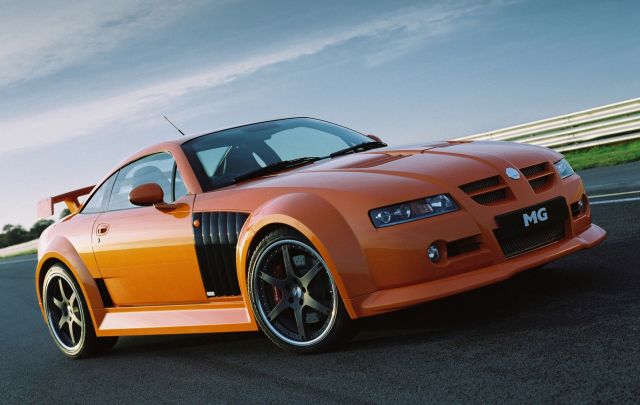 The story of this remarkable car is a sad one as this was one of the last true UK-U.S. hybrids. The MG X-Power was a modern-day muscle coupe with Italian styling, American engines and British exclusivity. MG constructed it in Modena, Italy and finished it in England. They designed the MG X-Power to deliver sports car-level performances with aggressive muscle styling and a soundtrack to match.

Under the hood was a Ford-sourced 4.6-liter V8 engine straight from the Mustang they tuned to produce 320 HP. MG even offered a supercharged version capable of 540 HP. They introduced the car in 2003 and it was one of the most interesting releases. But MG lacked the image and reputation to achieve success on the global market.

On sale for just three years, they discontinued the X-Power in 2005. Today, it is a forgotten piece of British muscle car history. That’s too bad since the X-Power was a highly capable V8 powered coupe with brutal looks and performance.