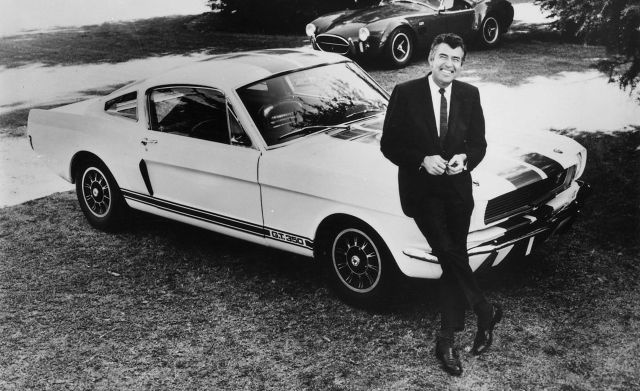 The biggest, most successful muscle car story was Carroll Shelby and his quest for performance. But, it wouldn’t have been possible without Ford’s support. Carroll Shelby was a Texas farmer with an incredible driving talent. He rose to fame in the racing world in the 50’s. In 1959, he won the prestigious 24 Hours of Le Mans race behind the wheel of an Aston Martin.

However, in the early 60’s Shelby was forced to retire due to heart problems. Shelby moved to Southern California and started a driving school. However, his biggest dream was to build his own sports car. So, when he learned Bristol cars in England was stopping the production of their Ace roadster, he contacted the company. Shelby managed to buy a couple of bodies without the engines.

He knew he needed support from a major manufacturer. So, after some failed talks with Chevrolet, Shelby turned to Ford. They agreed to supply the engines and get involved in whole sports car scene. Before long the Shelby Cobra was born with Ford’s 260 and 289 V8 engines. It dominated the racing scene, first in America and then in Europe, as well.

However, Ford had bigger plans. So, when they introduced the Mustang, Shelby had the task of transforming it into a Corvette-beating machine. In 1965, Shelby American introduced the GT350, a street legal race car with a 306 HP engine. It also had the racing looks to capture the imagination of race fans in America. The Shelby GT350 was the first muscle car an outside company tuned, which started a trend. 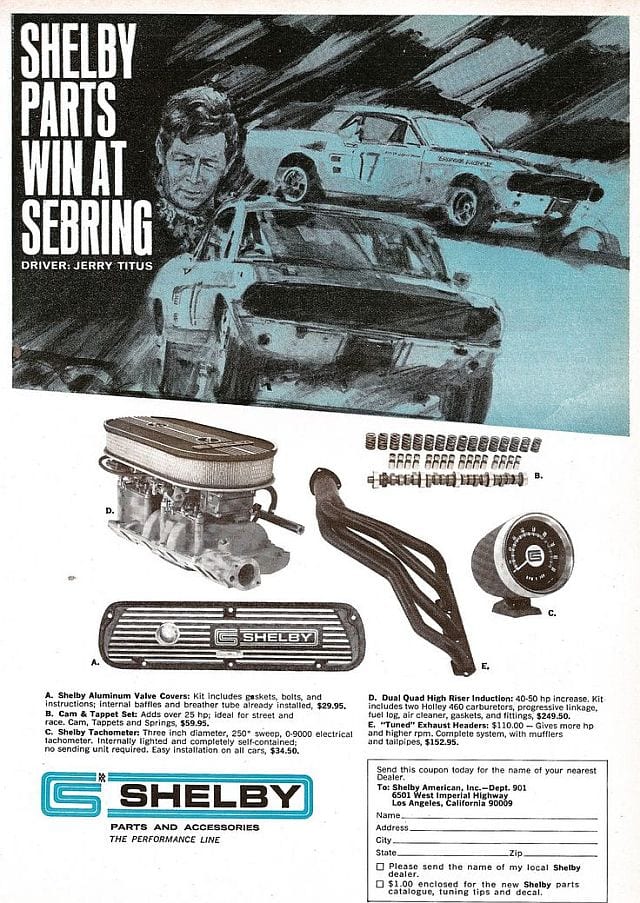 Ford was satisfied with the results, so they invested further in Shelby. They produced more Shelby-prepared Mustangs, including a big block GT500 and special editions like the GT500 KR. Carroll Shelby became a Ford GT40 race team manager, returning to win the 24 Hours of Le Mans four times in a row in late 60’s. Ford ceased production of the Shelby Mustang in 1970 as the muscle car era started fading. However, Carroll Shelby remained active as a car constructor and builder until his death in 2012.