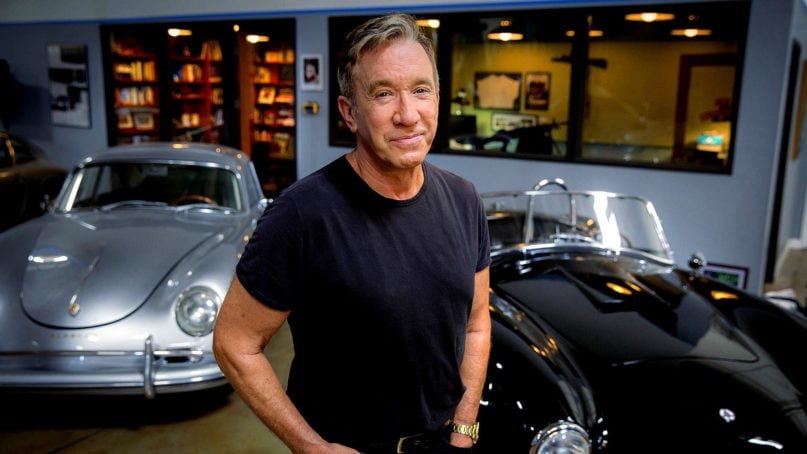 Tim Allen is one of the most well-known comedians in the world and an accomplished actor. He has been featured in hit films such as The Santa Clause as well as the TV show that we all remember “Home Improvement”. On his famous TV show, “Home Improvement,” Allen worked on a muscle car. The actor is also a car junkie in real life. In fact, he has a large collection that he often brings to Jay Leno’s garage.

Allen is from Michigan, making him a huge fan of domestic muscle cars. Allen’s car collection is both unique and screeching fast, which makes it stand out from the crowd. Allen is also quite familiar with automotive repair and does a good deal of his own modifications. We decided to break down 30 impressively fast cars from his notable collection below.

Ford is a company that’s synonymous with the automotive industry, and the thirties were a great time to be in the car business. The 1933 Ford Roadster was often featured in episodes of Tim Allen’s hit sitcom “Home Improvement” as his side hobby. Once the show was canceled he decided to bring the car home with him, and then the fun happened. Allen has crammed a Chevy 350 V8 into the old Ford, in addition to a beautiful reconditioned set of paint. The hot rod is perhaps one of the cleanest examples of a Ford roadster.

Allen has quite the collection of cars and he is often compared to Jay Leno and Jerry Seinfeld in terms of how large his collection is. The thing with Allen is that he does all his own work, and he actually enjoys working on cars just as much. The Ford Roadster has a solid base that you can build on which is why many hot rod enthusiasts go for it.