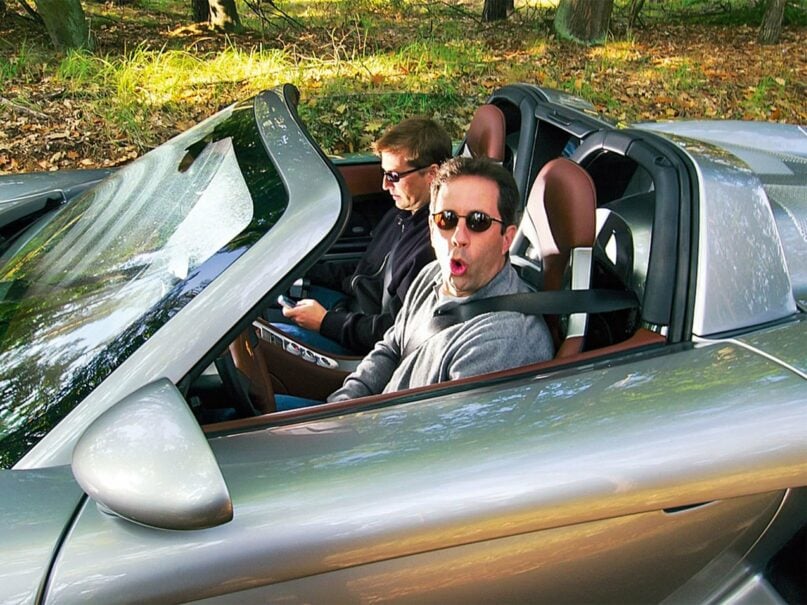 Jerry Seinfeld is one of the most well-known comedians in the world. His beloved sitcom during the ’90s was the pinnacle of television success. A huge auto fan in his own right, Seinfeld amassed quite the car collection thanks to his considerable fame and wealth. Seinfeld has always been heavily into Swedish and German cars, and he makes no bones about it.

Whether he’s frequenting one of the auction circuits or trading cars with fellow collectors, Seinfeld is proud of his car collection. We looked at how much his current collection is valued. Check out 30 expensive cars in Seinfeld’s collection via Money Inc. below.

The Volkswagen Beetle is perhaps the most iconic car ever made aside from the Ford Model T. Naturally, classic models fetch a pretty penny. A clean condition 1960 Beetle will generally fetch around $30k, but Seinfeld’s Beetle broke industry records by fetching a whopping $121,000 at auction.

The Beetle was a simple car with a worldwide design, and this benefitted the car tremendously in the long run. Classics come and go, but Seinfeld has a knack for collecting stellar German examples. Although his collection is mostly focused around Porsches, the 1960 Volkswagen Beetle was a unique entry.