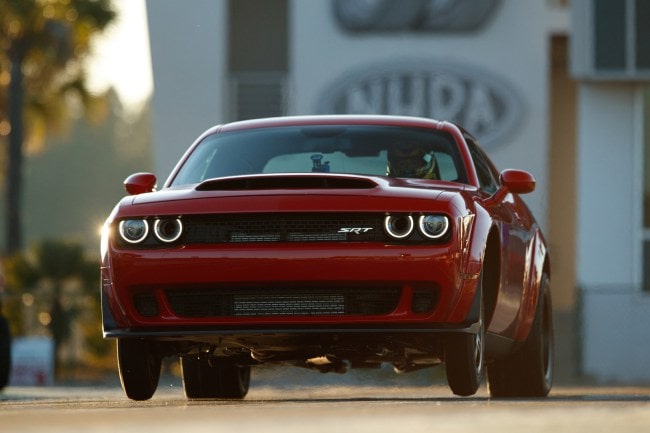 Arguably the most insane muscle car ever hits the production line for 2018. This year, 2017, when the Dodge Challenger Hellcat was brought out, muscle car fans across America lost their minds.

Featuring a supercharged 6.2L HEMI SRT V8 Engine with 707 HP and 650 LB-FT of Torque, the Hellcat was the most powerful V8 ever crammed in to a production car. Well that record is smashed to pieces, say hello to the Demon. 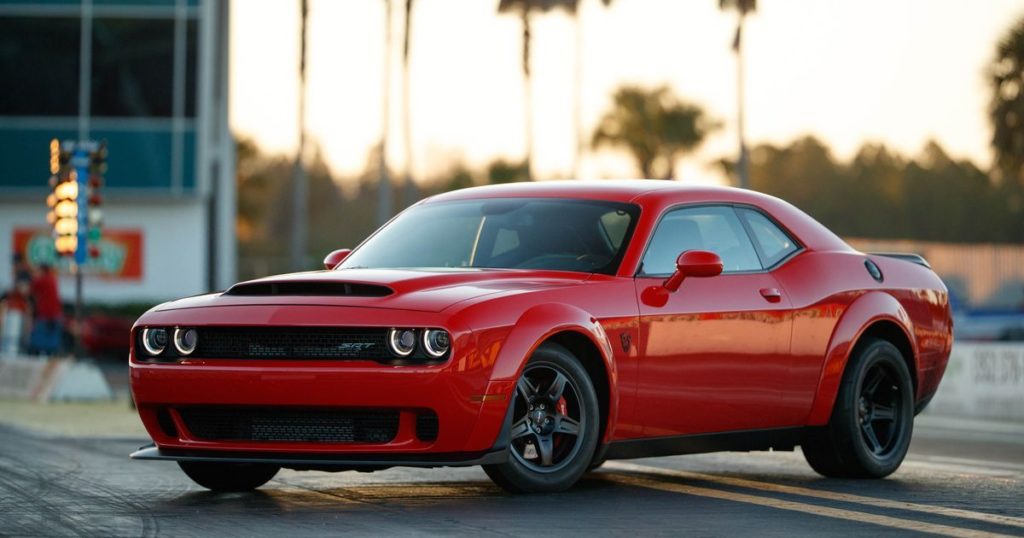 Being described as a scary monster, the 840 HP engine sound can not be described with words. Thankfully, we’ve found some video footage below to rumble your ear drums.

Although its not even released publicly yet, the Demon has shattered the quarter mile record, leading to a letter from the National Hot Rod Association, banning the Demon from the track. In 9.65 seconds, the Demon obliterates a quarter mile at 140 MPH

We’ll discuss that ban more in a moment, for now check out this footage of the 2018 Demon.

According to Dodge boss Tim Kuniskis, the NHRA sent a certified letter banning the Demon from the track after their Gainsville test runs. Certainly this is true, to an extent. Explaining to CBS, the NHRA say the Demon can still compete, but it can’t just rock up at the track. 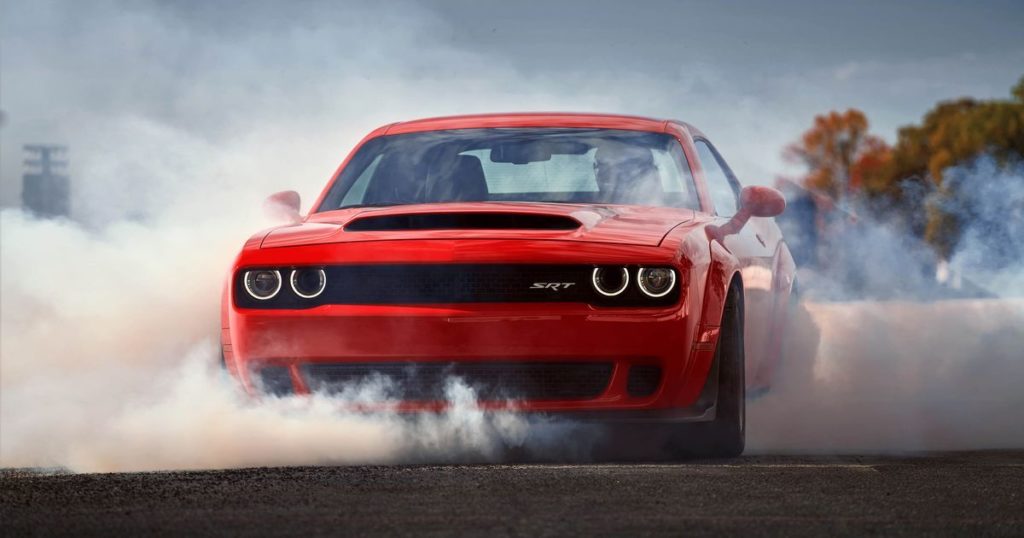 The Demon Is Already Making Waves

Here’s what the Association says the Dodge needs to have to compete:

“certain NHRA-certified equipment, including, but not limited to, a certified roll cage, window net, aftermarket driver restraint system, a driveshaft loop, and a master cutoff switch,”

After reading about the friction the Demon is already causing, the attraction of the vehicle only goes up. Opening price tag on the Hellcat this year was around $65K, you can expect upwards of this number when the Demon hits the stores.

“On the street it’s an amazing handling muscle car,” he said in an interview following the presentation. “Then you can go to the track, put your race fuel in it, put your front runners on it and run faster than anybody else, then go back on the street and it’s totally compliant.”