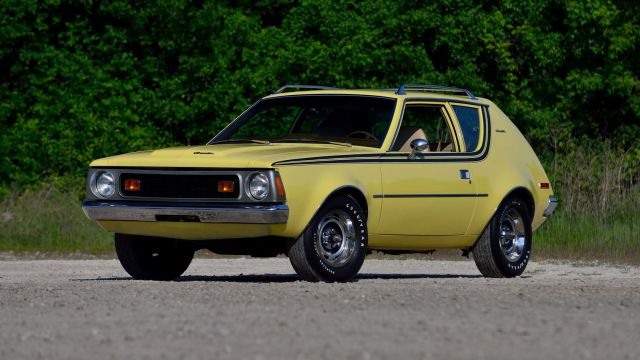 AMC introduced the Gremlin in 1970 on April 1st and to most people, the car looked like an April`s fool joke. The competitors laughed at its compact dimensions, funny rear end and diminutive engines, but soon, the AMC was smiling all the way to the bank. The Gremlin proved to be a sales success as well as the first American subcompact car.

In the late `60s, American manufacturers had mostly big, heavy models but the sales of compact imports like the Toyota Corolla or VW Beetle started to rise. AMC noticed the trend and started developing a small, subcompact model. It would be affordable and simple, but offer lots of room inside as well as decent driving dynamics.

When they presented the car it received with mixed reviews but soon, it became quite popular especially with the younger audience. In fact, in a decade of platform shoes, The Eagles and shag carpets, the Gremlin was one of the symbols of the generation. And, it was an influential model that inspired other American manufacturers to offer small, economy cars.