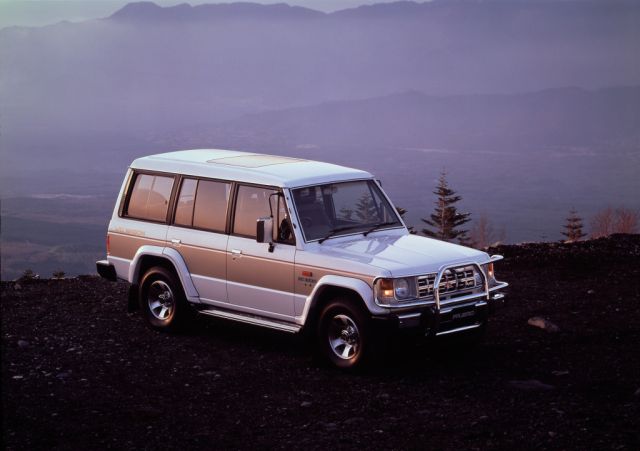 Mitsubishi presented the Pajero in the early ’80s. And soon, it became popular in Europe, the Middle East and America. It was a simple but effective off-road SUV that came in many varieties and with a couple of powerful engines. The construction of the original Pajero was basic with a ladder chassis and leaf spring suspension in the back, but its off-road performance was more than good.

Over the years, they upgraded the Pajero into a more luxurious machine, and it even went racing. In the late ’90s, they introduced the Pajero Pinin as a smaller, more affordable version of the original Pajero. However, with the introduction of European SUVs in that class and market, the popularity of the Pajero started to decline. Today, they no longer sell the Pajero in Europe and its presence is limited to just a couple of markets around the world.

Mitsubishi introduced the current generation in 2006, so it is long overdue for a replacement. Most drivers would like to see the brand new Pajero soon. It could be a modern-looking and comfortable SUV, but with off-road capabilities and powerful engines like its predecessors. The rumors circling the car industry stated that the new Pajero was in the pipeline, but they canceled its development due to financial troubles.

Since then, the Renault-Nissan convergence has bought 33 percent of the Mitsubishi car company. This means the new Pajero will be a rebadged Nissan Patrol or Armada. Although those are great cars and capable SUVs, the Pajero shouldn’t be a rebadged model. It should be a modern SUV with its own chassis, design, engines and presence. That is the only way to pay respect to such a big SUV legend.