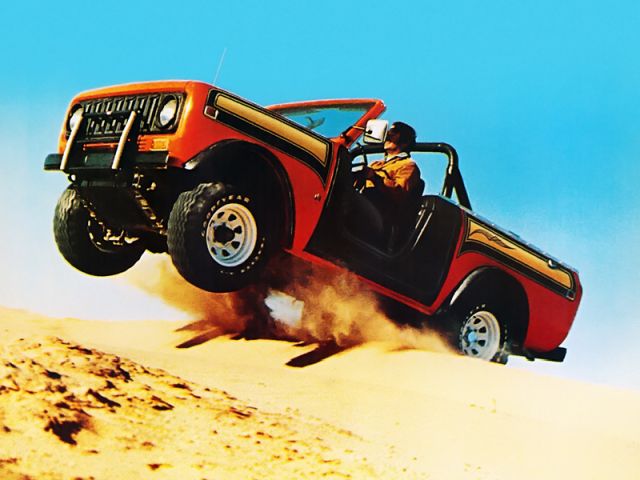 International Harvester is a well-known American company dedicated to producing trucks and agricultural machinery. However, from the ’50s to the early ’80s, International produced two SUV models, the Travelall and the Scout. The first one was a big, seven-seat SUV with massive engines and tough mechanics for professional users and extreme challenges.

But, the second one was more compact and popular. They called it the Scout, and it was a small, usable off-road SUV with choices of engines ranging from a 2.5-liter straight four to a 4.4-liter V8. Also, it came with a removable hardtop, which meant that every Scout was also a convertible. Also, it had an interesting fold-down windshield.

The first models were basic that nature lovers, hunters and forest patrols used. But the second generation introduced a more luxurious Scout with more options, a better engine and exterior trim. This model proved to be popular in some European countries as well, but with a diesel engine under the hood.

Despite the fact they discontinued Scout 1980 after 19 years of production, it is still a popular and highly-sought model. Unfortunately, rust claimed most models, but the surviving ones command high prices. The International Harvester company still exists today, so it has the capacity to produce a new age Scout.

Unfortunately, there aren’t any rumors of this happening anytime soon. But there is an army of classic SUV fans that are craving for a small, compact and good-looking SUV with an unmistakable design and off-road capabilities.