Even if you’re not a car person and you don’t care about the automotive industry, you can’t help but notice how SUVs have taken over our streets. In the last two decades, SUVs of all shapes sizes and makes have become the dominant car class. Not just in America, but also all over the world. It’s incredible how one segment that was only a niche market in the ’90s has become the most populous class in the car industry in just two decades.

During that time, SUVs managed to kill several other classes in their way. The SUVs obliterated minivans, crippled sedans, destroyed station wagons and pushed classic off-roaders out of the picture. Even luxury and sports cars are under fire from performance SUVs. But that’s not all – the appearance of small, compact SUVs affected the compact and subcompact cars greatly. So, in some way, you can call the SUV craze a disease that is spreading across the globe with no sign of stopping.

As you might guess, most people aren’t happy about it. Of course, SUVs are practical and reasonable choices and they have their qualities, but they are far from being all things to all people. Some drivers believe the SUV domination is slowly killing the car industry. Read on to find out the major reasons why. 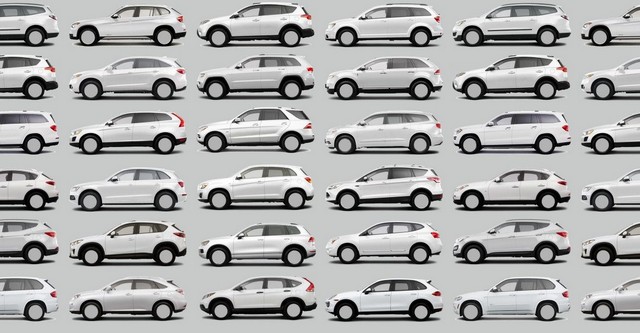 1. They All Look the Same

Somebody once said diversity is the foundation of beauty. If we all looked and acted the same, where are the differences, individuality, and variety? The same goes for cars. If cars have the same design and appearance, they are no longer objects of desire and symbols of individuality. Instead, they are just mere appliances with no recognition or design value. 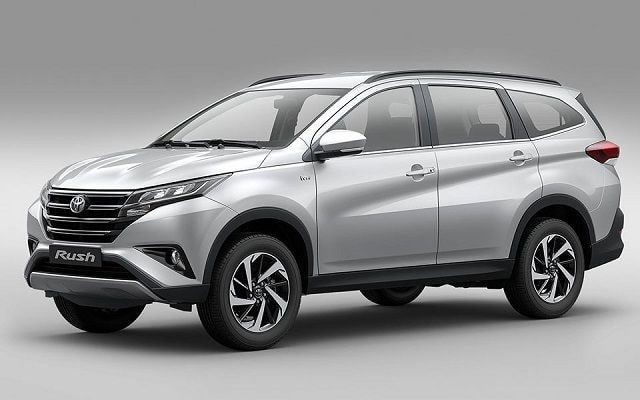 SUVs are slowly turning our streets into a one-dimensional movie set with dozens of the same cars in the same colors all around us. The SUV class is limited in terms of body styles. For instance, only five-door wagons are available, with three-door wagons being an extremely rare sight. 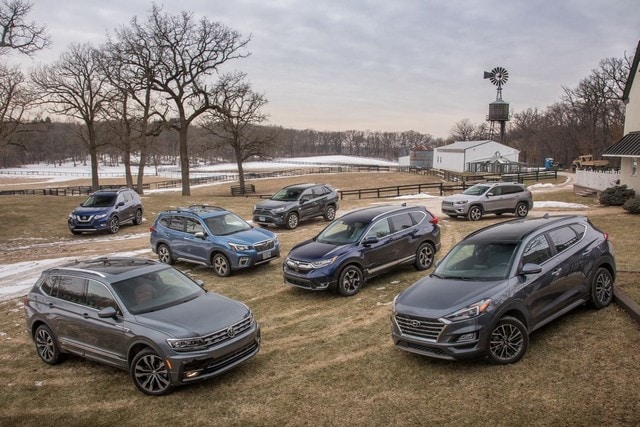 Regular, everyday cars are incredibly boring nowadays, and SUVs are making them even duller. Simply put, when all cars look the same, have similar engines, similar power, features, and specifications, the fun factor is gone. The emphasis is no longer on design features, sleek lines, aesthetics, or even technology and performance. The main difference is the infotainment system and how many 12v sockets you have in your interior. 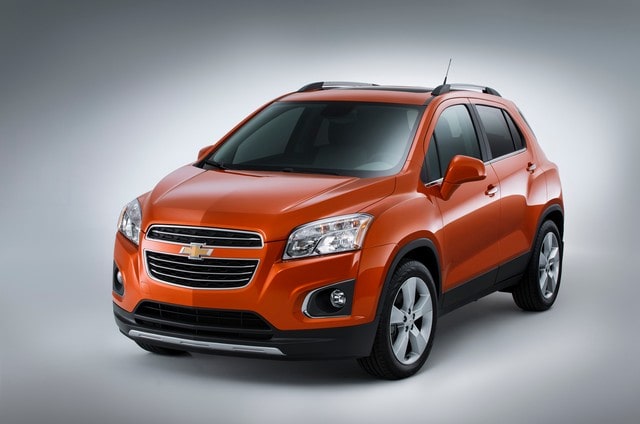 Such a conformist approach is turning modern cars into moving sofas they’ve designed to be more like a hotel lobby on wheels rather than a machine designed for moving. Overwhelmed with all kinds of information and detached from the road, SUV drivers are forgetting that driving is a privilege and for enjoyment, not merely for spending time in traffic. 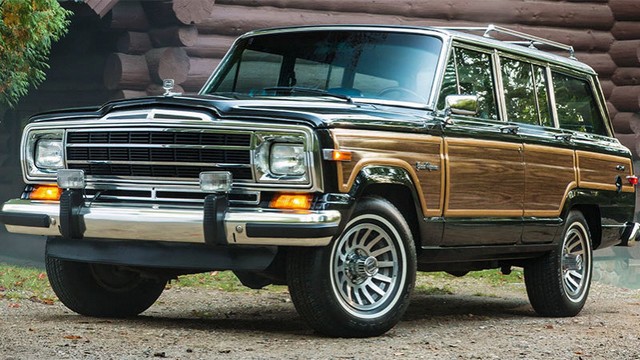 3. A Disgrace to Their Ancestors

SUVs have descended from the classic off-roaders of yesterday. They were capable, rugged, and dependable vehicles, so you can clearly see that the evolution didn’t improve the breed. No, it was actually quite the opposite. Modern SUV cars are soft, road-going vehicles, often with front-wheel-drive, and without any real off-road capabilities. They look tough, but that is just an appearance package and design trick that SUV manufacturers use to sell SUVs. They just look like they can cross the desert. 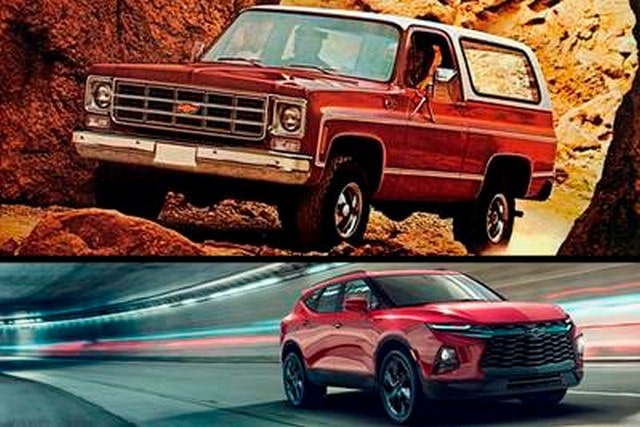 The original off-road models produced in the ’40s to the ’80s were glorious machines that won wars. They could travel through jungles, cross the North Pole and serve people in millions of tough situations. However, today’s SUVs are soccer-mom mobiles they’ve designed to keep your kids amused while you get a latte from Starbucks. 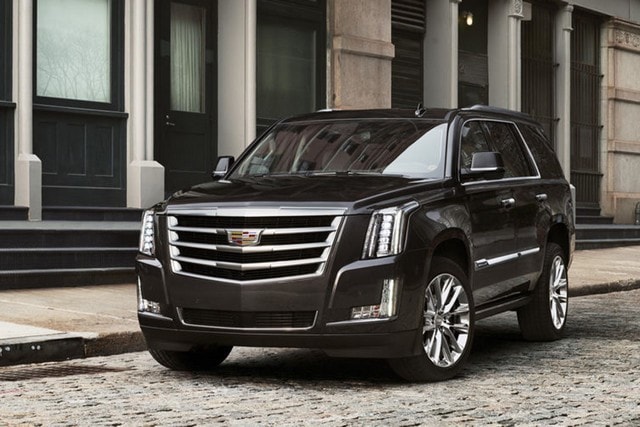 4. They Cost More Than They Are Worth

Manufacturers like selling SUVs because they can charge significantly more money because buyers get a more significant and roomier car. But is that really true? In most cases, it isn’t. In the compact SUV class, crossovers and SUVs have nearly killed regular family hatchbacks. But in many cases, ordinary hatchbacks offer the same amount of space with a lower trunk and ride height than SUVs, and yet they cost thousands less. 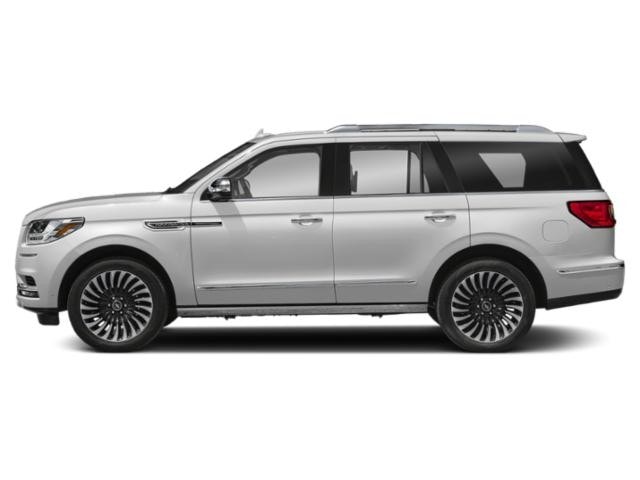 There is no real advantage in terms of space or comfort between the BMW 3-Series Wagon and the BMW X3. Although the X3 is significantly more expensive, it has the same engine, platform, performance, and corresponding features. Yes, car buyers have been scammed by car companies that want you to think that by driving an SUV, you have a better car. But in most cases, that’s simply not true. You have the same car as your neighbor, except you sit a little higher. 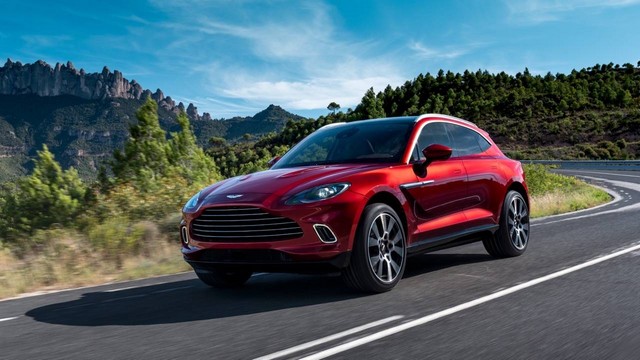 5. They’re a Waste of Resources

When car companies build SUVs they have based on regular or ordinary cars, that’s okay. But when they invest enormous sums of money into special platforms, suspension systems, and engines, it’s a total waste of resources. Companies like Porsche, Rolls Royce, Bentley, Lamborghini, Aston Martin, and soon Ferrari all have performance, high-tech, advanced SUVs lined up. However, despite all the tech inside, none of those cars can handle, ride or look like the perfect sports coupes, luxury limousines or thoroughbred supercars those companies are known for producing. 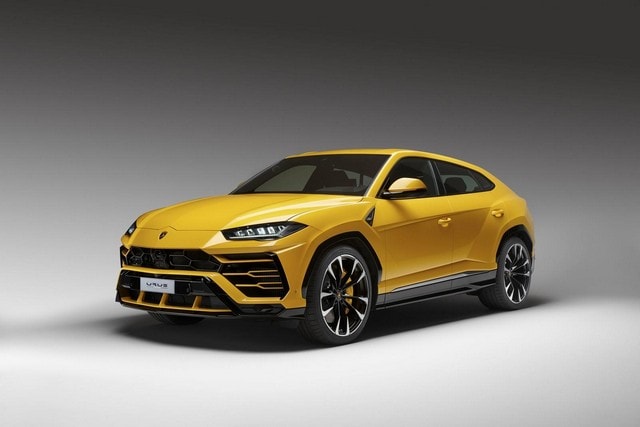 Most car fans can’t help but wonder how many fantastic models would be available if Aston didn’t present the DBX SUV, Bentley didn’t make the Bentyaga and Porsche never constructed the Cayenne or Macan. 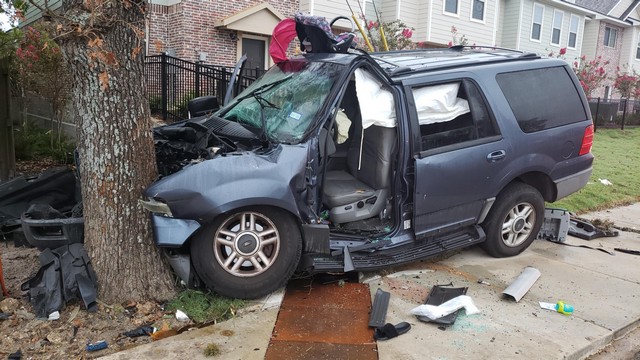 Before you disagree with this one, just hear us out. One of the main reasons people are buying SUVs is the feeling of safety they get from driving such a big car. While that is understandable, it is just a mirage. Unless you crash into an SUV with a microcar or motorcycle, SUVs are just as safe as any other car in accident conditions. 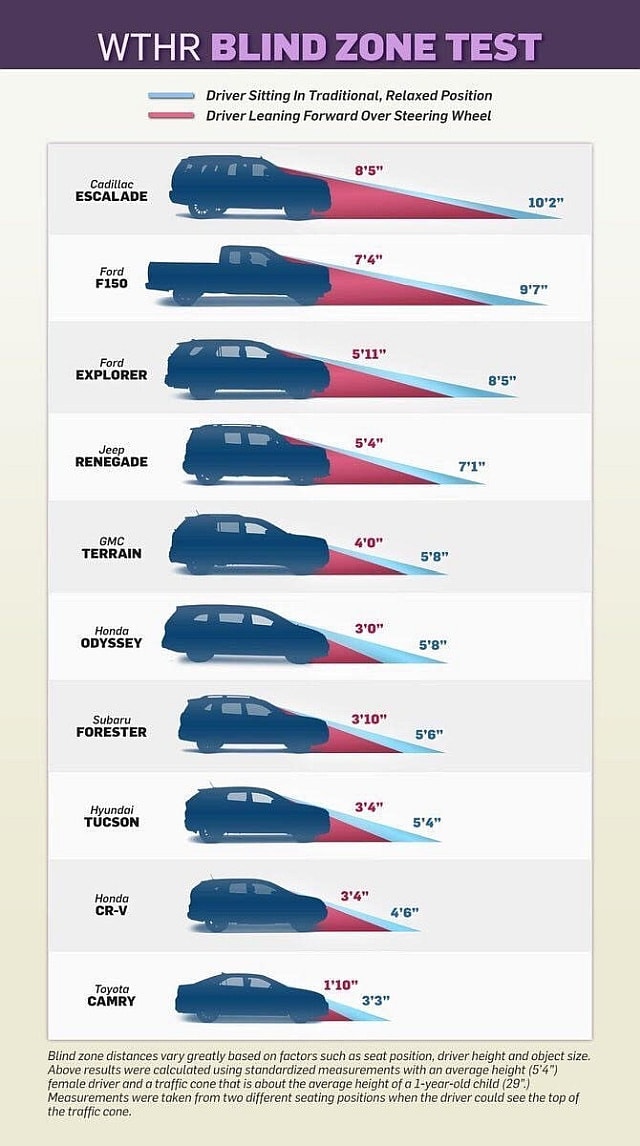 However, the unsafe part is this: due to higher ground clearance, SUVs are prone to rollovers. Just remember the infamous Ford Explorer scandal, for example. Of course, modern electronic systems have done much to “calm them down,” but no electronic system can beat real physics. Also, if you sit high in traffic and look over the long hood, you can’t see small objects, kids or pedestrians directly in front of you.

SUVs have a big problem with visibility, especially in the back. Recent surveys have shown that the larger/higher and bulkier vehicles could trap pedestrians underneath or push them over the hood or on the side. This is a horrible way to die, so large SUVs are unsafe because of that. 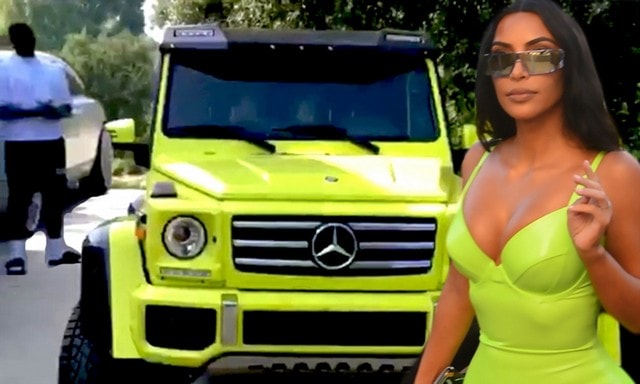 7. They Have an Image Problem

Besides the fact that SUVs give you a false sense of security and safety, there is an enormous image problem with the current SUV lineup. Large SUVs are no longer popular with government agencies or people who need a capable 4×4 that can carry seven people, but by soccer moms, beginner drivers and daily commuters.

Gone are the ’90s, when SUVs were exciting, innovative and fresh. But nowadays, they are so played out, monotonous and opulent that most true car aficionados are returning to coupes, convertibles and elegant sedans, just to battle the SUV domination. Not to mention that Kim Kardashian drives a Mercedes G-Class. 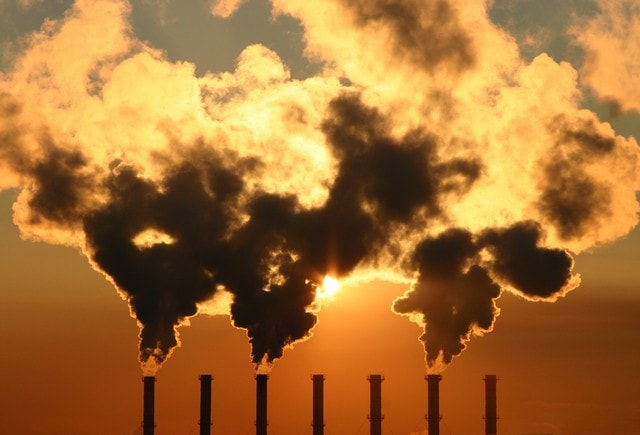 8. They Are Environmentally Unfriendly

Environmental concerns have been a burning topic of the car industry for decades now. Although most manufacturers try to appear like they are saving the environment, at the same time, they’re busy building millions of significant, substantial, fuel-thirsty SUVs.

Big SUVs need big engines. But big engines equal high consumption, which equals high pollution levels. Although more SUVs are getting hybrid powertrains, even still, the level of emissions is still high. The reality is, those big SUVs are hard to produce with fully electric engines. SUVs have the lowest average MPG ratings of all car classes, which makes them real enemies of the environment. 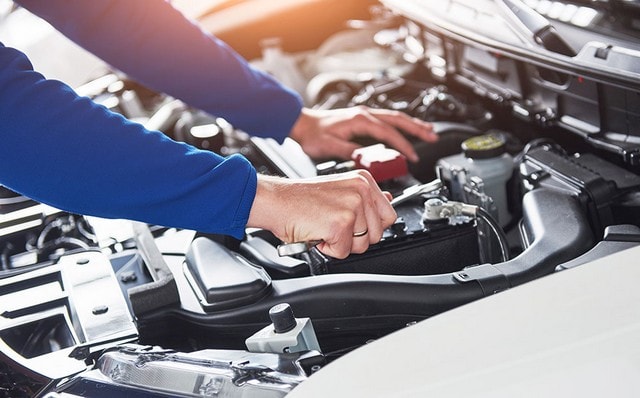 9. They Are Expensive to Maintain

If you recently bought a set of tires or had a brake job or engine overhaul on your big SUV, you know how expensive it is. That’s due to the simple fact that SUVs are bigger and much heavier than regular cars. That makes the parts and routine maintenance more costly. The prices of parts and labor for a compact car, station wagon, minivan or regular sedan are significantly lower. 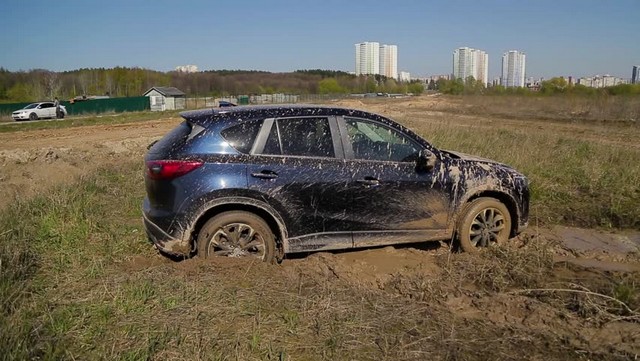 10. You’re in For a Surprise If You Go Off-Road

We have already mentioned that modern SUVs are nothing like their famous ancestors. However, each day, somebody believes the commercials and thinks that their SUV can go through the jungle and climb mountains. But modern SUVs can’t, so it can be embarrassing to find out that your 4×4 that’s full of electronic systems, traction control, and expensive tires can’t cross a muddy field without getting desperately stuck.

If you have experienced such a thing, you may have noticed that the vehicle you called for help was an old all-wheel-drive Jeep or truck. This acts as a clear reminder that modern SUVs are all show and no go.

Celebrities Who Will Shock You With Their Amazing Car Collections
POPULARCameron EittreimSeptember 27, 2022 Rowan Atkinson Rowan Atkinson, or “Mr. Bean”, as many know him, has an extensive exotic...

Sad Photos Of Real Cars That Were Ruined By Irresponsible Owners
POPULARCameron EittreimMay 27, 2022 41: Way Too Much Air You’ve heard of a tire being underinflated, but did you...
- Advertisement -
Advertisement
Please wait 5 sec.