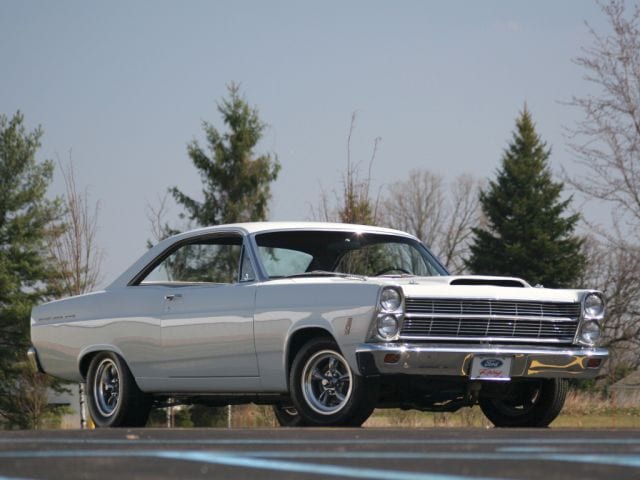 Contrary to popular belief, Ford wasn’t on the forefront of the muscle car game back in the 60’s. Although, it was present with many legendary models like the Mustang, Fairlane and Galaxy, it wasn’t the fastest or the most powerful car on the street. The reason was that Ford didn’t have a proper street engine. The 289 V8 was small; the 390 V8 was too slow and the 427 was too expensive to put in an ordinary car, but what about the 427 R Code?

The R Code was a 7.0-liter racing engine that wasn’t supposed to be installed into street cars. Not only it was too powerful with almost 500 hp, but it was too loud and hard to maintain. Ford did exactly that and shoehorned this mighty V8 into a mid-size Fairlane, creating one ferocious street warrior. From the outside, the only thing that insinuated that you are looking at the special car was the plastic hood with a big scoop, which was necessary for providing air to the massive engine.

Otherwise, the R-Code looked just like any other 1966 Fairlane on the market. As you might expect, the car was blisteringly fast in a straight line and won many drag races. However, due to the limited availability, high price and a special engine, it wasn’t such a big hit on the streets. Ford only produced 57 of them, falling short of predictions that it would build at least 70 cars.

Today, those surviving Fairlane R Codes are highly collectible and expensive, serving as an interesting and obscure piece of muscle car history. 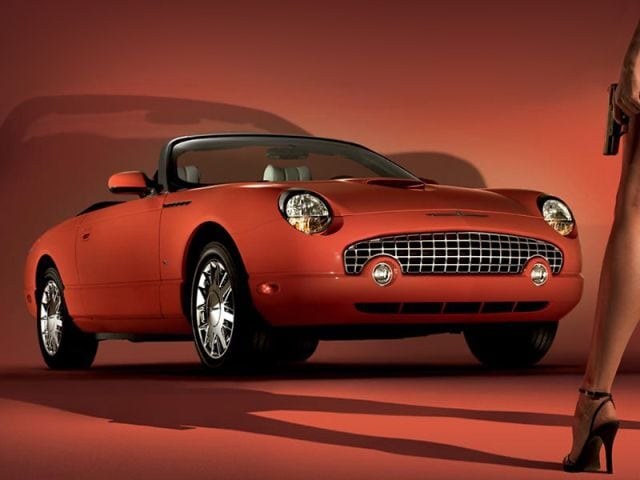 Over the years, Ford products appeared in many James Bond movies, from the 65′ Mustang in “Goldfinger” to the 2005 Mondeo in “Casino Royale.” However, back in “Die Another Day,” Ford was one of the sponsors of the movie, using it to do a lot of product placement marketing.

James Bond drove an Aston Martin and the main villain drove a Jaguar XKR. Both brands were owned by Ford Motor Company at that time. But, the Bond girl, the gorgeous Halle Berry drove the last generation Ford Thunderbird. The retro designed T-Bird was a big thing back in the early 2000’s, but after the initial popularity, sales were slow, so Ford needed a special edition version to make this model interesting again. Halle Berry’s Thunderbird was red with a silver removable hard top, tinted windows and chrome wheels, so that is exactly how the Limited Edition 007 looked like.

To make things interesting, every T-Bird had a plush leather interior and a little plaque on the dashboard with a serial number. Ford made 700 of them and they were all fitted with a 4.0-liter V8 engine with 280 hp. 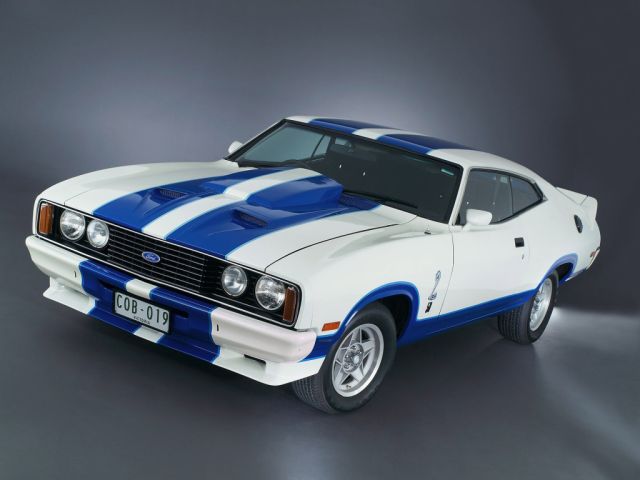 As you might know, Ford is producing vehicles all around the globe and it was also one of the first companies to introduce different vehicles for different markets. They were all produced under the same name, but the Falcon in America was quite different from the Falcon from Australia. Speaking of which, the next item on the list is the legendary Falcon XC Cobra from the late 70’s, which they produced in Ford’s Australian plant, and sold there and in South Africa.

You may remember this car from the first “Mad Max” movie and it was a proper muscle car despite the fact it wasn’t made in Detroit. Back in 1978, Ford Australia had something like 400 bodies of Falcon coupes laying around, but instead of scrapping it, they decided to transform it to special edition cars. Under the hood, there were 5.0-liter V8 engine or 5.7-liter V8.

Besides serious firepower from two high revving V8 engines, there was a host of other modifications, external details, racing stripes and a special paint job, making the Falcon XC Cobra stand apart from the other Ford Australia products.

Today, the Falcon XC Cobra is rare, with just 400 built. It is sought after, not only by collectors in its home country, but by muscle car fanatics worldwide. 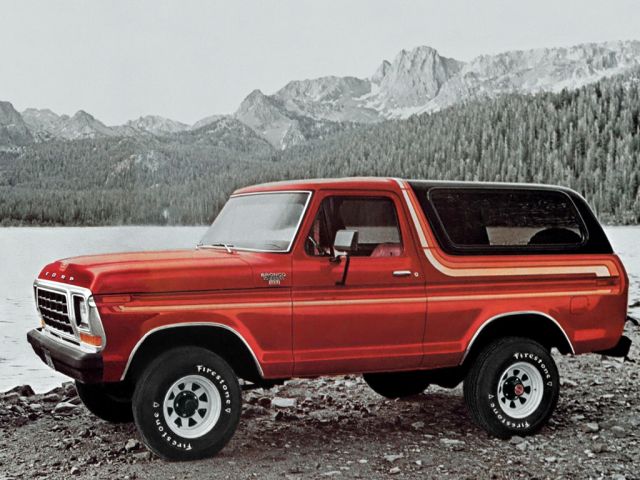 Back in the late 70’s, the automotive world was swept by special editions featuring crazy graphics, flashy wheels and details. The typical models of the period were Ford’s Free-Wheelin’ editions, available on numerous models, such as Bronco, Econoline vans, the Courier compact pickup truck and the F-150.

The first thing that set those editions apart was the graphics. Each Free-Wheelin’ model had five colors in a rainbow stripe suited to the lines of the car. Since this option was available for four years, from 1977 to 1980, each year had its own style, so it was different than the previous model. Ford also prepared numerous other styling details as optional extras, so you could get special wheels, white letter tires, additional lights mounted on the roof, side pipe exhausts, bull bars and a whole lot more of aftermarket details.

Since the Free-Wheelin’ package was available on so many models, and for four model years, no one knows exactly how many have been made, but it must have been thousands.

Today, those vehicles are not particularly expensive or rare, but they are cool to own, especially if you can find one with all the details and paint job intact. 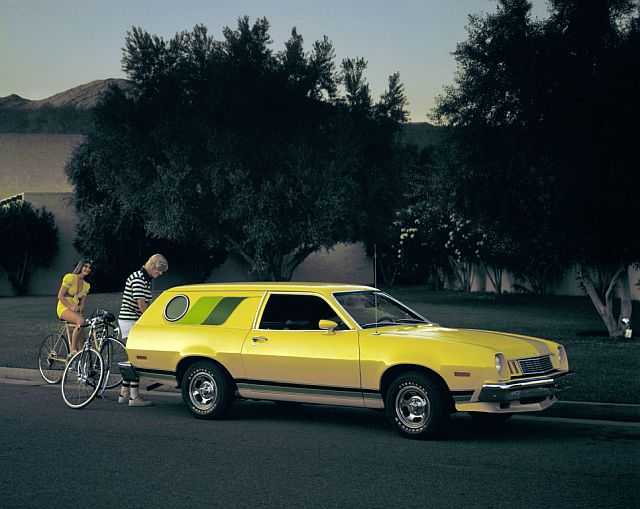 You have probably heard about the Ford Pinto. It was Ford’s best-selling economy car from the 70’s. It was the object of many jokes and serious government inquiries about its safety and a possible spontaneous combustion problem that caused many injuries.

Despite all potential problems, not so inspiring design and low power, the Pinto and all its variants were popular, sold in the millions and helped Ford survive the financially-tough 1970’s. Since it was such a common car, Ford decided to spice things a bit by introducing a Rally Cruising Wagon. It was a Pinto wagon, but with a panel van style rear end and bubble rear side window often used on custom vans in that period.

Other than that, the Pinto Rally Cruising Wagon got blackout trim and bumpers, script graphics on the side and rally gauges on the dashboard, not to forget the special wheels and interior details.

However, the power was the same as in regular versions. Most Rally Cruising Wagons got a 2.3-liter engine with a measly 88 hp – not exactly racing performance, as the name suggested. 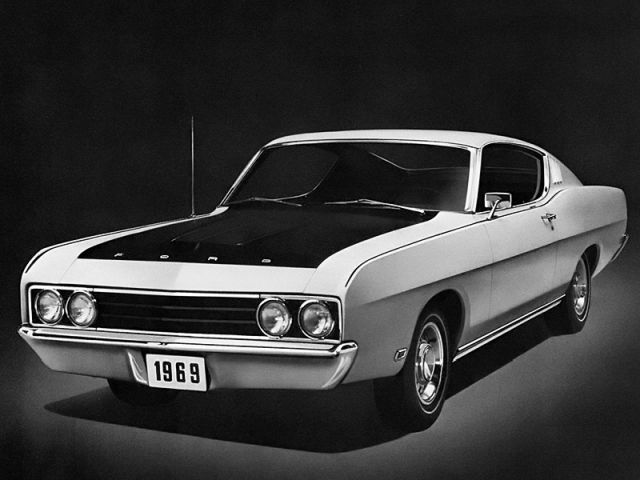 In the late 60’s, Ford was fully dedicated to racing, not only in America, but all over the world through its Total Performance Program. This meant that Ford was investing in Formula 1, Touring Car Championships, Drag Racing, Trans Am racing, rally racing and NASCAR. However, to win in NASCAR, it needed a special weapon and in the late 60’s, the competition was fierce. Ford`s success in NASCAR was based on stock car bodies, but in 1969 the rules changed, allowing manufacturers to introduce special, more aerodynamic bodies that could achieve higher top speeds on oval tracks.

In 1969, Ford presented a new engine, the Boss 429, which they installed in the Mustang Boss 429, but the NASCAR officials said that they wouldn’t accept a pony car and that Ford must enter a bigger car with that engine. The Galaxy was too big, but the Fairlane and Torino series were the perfect size. In just a few weeks, Ford engineers had to transform a regular looking Torino Fastback into a Talladega special model, named after the new NASCAR track, the Talladega Speedway in Alabama.

To make it less slippery at high speeds, Ford installed special lower front end, full grille and tucked the front bumper. A lower suspension and lighter weight did the rest, and the Torino Talladega came close to the magical 200 mph limit straight from the box.

The NASCAR rules stated that manufacturer needed to build at least 500 of those special racing models and sell them to the general public in order to participate in racing. Ford managed to sell exactly 743 copies. Also, the Talladega managed to be dominant in the 1969 NASCAR season, which was Ford`s main concern in the first place. Today, those cars are extremely popular and valuable. 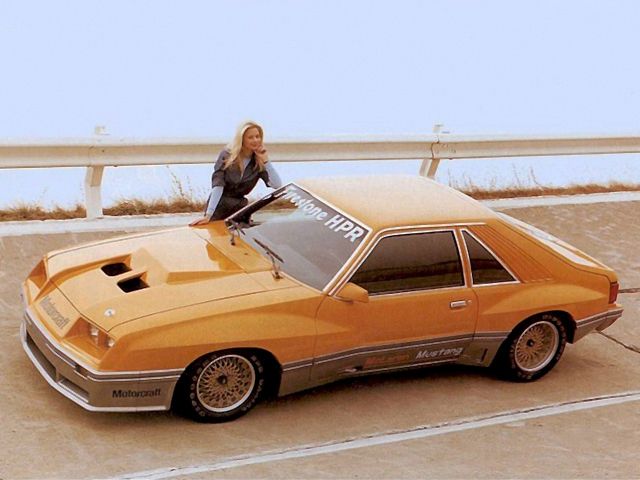 The late 70’s and early 80’s were a bad time for muscle cars, but they released some special versions in that period. One of those is the famous M81 McLaren Mustang. This interesting car was built with the help of the well-known McLaren racing team in their American operation office out of Michigan.

The whole idea behind the project was to take the 2.3-liter turbo engine from the regular Mustang and transform it into a street racing beast with race tuned suspension, lightweight body, and a host of other modifications. McLaren and Ford did that by installing the tuned turbo engine with 190 hp, a big number for the day, especially coming from 2.3-liters and totally changing the looks of the Ford Mustang.

The result had a better performance and driving dynamics, but also a high price tag. They offered it for sale at the price of $25,000, which was roughly three times the price of a regular example. Despite all the interesting items installed in the M81, it was a tough seller. Only about 10 were sold before Ford canceled the project. 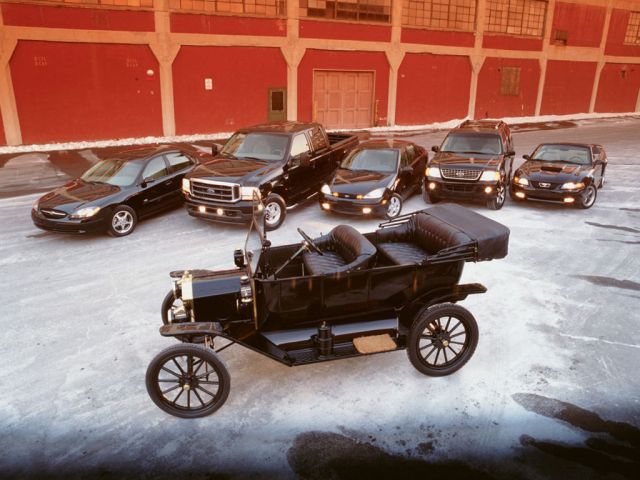 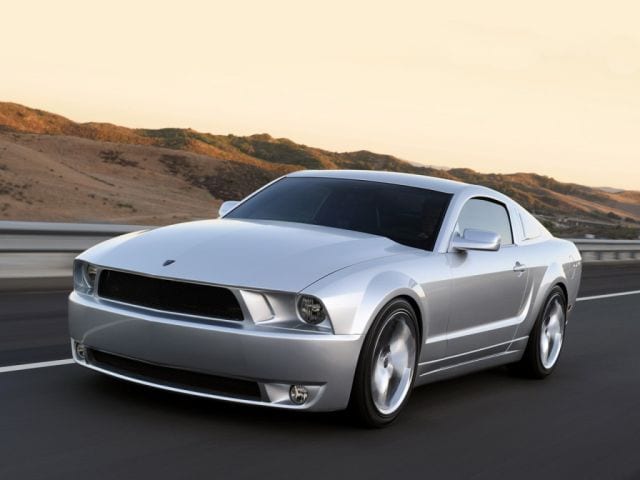 Popular ’90s Sports Cars That Failed To Justify The Hype
CarsCameron EittreimJanuary 15, 2020 17. Acura Legend Coupe During the ’90s, Acura was just coming into its own. The...

50 Popular Movie Cars of All Time
CarsVukasin HerbezApril 1, 2019 Subaru Impreza Although the Impreza has big street cred, it hasn’t been in many movies....