8. The Ranger Is Dated

Although the Ranger is new for the American market the actual model has been around in Europe for years. The interior looks like something out of a Ford Fusion or Taurus. The basic overall styling has grown old. But Ford is taking a gamble bringing the Ranger back into the market so this is a more cost-effective way. The Ranger is still more refined than the previous model, but there’s a lot that could be made better.

Ford simply imported an existing model and added some trim levels to it that would appeal to domestic buyers. The Ranger deserves a lot better than this, especially with competition on the horizon from the Ram brand.

Ride in a base-level Ford vehicle and you are bound to see an analog display, something that has not been seen in cars for years now. The antique infotainment centers are relegated to the lower trim levels. This is something that Ford needs to change because the competition is becoming fierce. Most basic cars are offering notable features such as a touch-screen display and a back-up camera. The base-level Ford cars are going to need to start becoming better equipped if the company hopes to make it.

There is already a big risk leaving the passenger car market, and features are another big selling point. 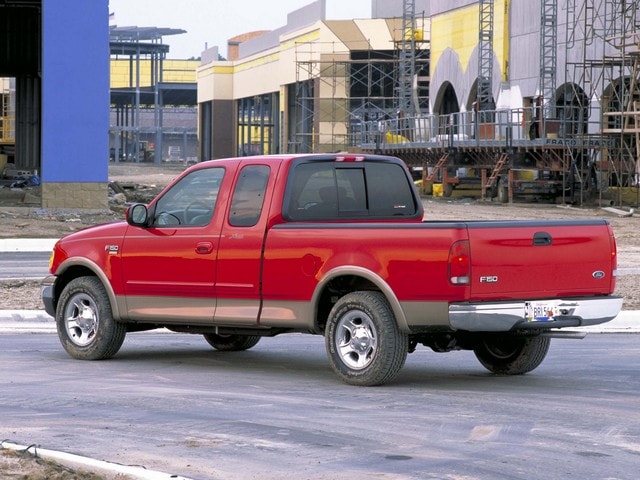 There is no single cab model that you can get on the Ranger, and the regular cab model of the F-150 is limited to a work-truck configuration. With that being said, many buyers need some sort of an interior to work with. The current car is cramped in-terms of space, and this causes an issue in the long run. While Ford claims that the Supercab models are more than roomy enough inside, space is limited. The Supercab configuration could use a bit of tweaking to offer a comparable amount of space to the GM and Ram models.

Ford just has to get back to basics and start offering a competitive Supercab model. This will make sense for the driver and passengers.

Ford used to allow buyers to select from a wide range of powertrains on their vehicles. Nowadays, things have slimmed down. Ford is trying to get more out of four-cylinder engines than ever before. But this is limiting the average truck buyer who might need a more powerful option. The automaker claims that the turbocharged varients of its smaller engines are fine enough. Ford needs to offer more powertrain options to compete at a higher level.

Even in today’s day and age, not every pickup truck buyer is going to want to spring for a V6 or a four-cylinder engine.

In addition to talk of the big Bronco’s return, there has also been talking that Ford will try to resurrect the Bronco II. This would be a mistake because the market is already too flooded. The Bronco II wouldn’t bring anything unique to the table. The big Bronco is already going to fill a void that was left by the FJ Cruiser in the market, whereas the Bronco II would just be another crossover offering in a sea of flooded offerings. Crossovers are becoming so popular that every automaker wants to jump in, but the market is becoming saturated.

The Bronco II is going to be a mistake, so the company should just focus on the larger Bronco offering that’s coming out.

The biggest mistake that Ford is on the verge of making is electrifying the F-150. The trademark truck of the brand just isn’t ready for an all-electric offering. Think about the prior Silverado hybrid. It was a sad offering, to say the least. The electric F-150 will be the unpopular version of the Cybertruck. F-150 buyers are not interested in saving money on fuel, the majority of these truck buyers are using these trucks for heavy work. Ford needs to go back to the drawing board and make the F-150 a more comprehensive truck instead of copying new fads.

The electric F-150 isn’t going to be a popular option for several reasons, and this is something Ford should avoid.

2. Ford Is Exploiting a Cafe Loophole

The EPA (CAFE) standards have made it so automakers can actually make bigger cars more efficient, or so they say. This is the real reason that vehicles are getting bigger, and sedans are being phased out. In reality, Ford found this same loophole during the 90s when it marketed the original Ford Explorer. It would appear that the domestic automakers didn’t learn anything from the economic collapse of 2008. This was during a time when the SUV boom was happening the first time, and as soon as gas prices shot up, no one could afford them.

Ford is making a mistake by exploiting this loophole just to sell vehicles that have a bigger profit margin. Ford needs to work on building unique cars and trucks that people want.

1. Getting Rid Of The Fiesta

The Ford Fiesta has been a decent-selling small car for the company. It offers a level of refinement and quality for the price. But Ford has lumped the Fiesta in with the rest of their vehicle lineup. The Fiesta will be going away after this year and Ford will have no compact cars on the market. In terms of affordability, the Fiesta is something that most first time drivers and budget-minded drivers can afford. The consumer appetite for compact fun to drive cars hasn’t deteriorated any. Ford is going to miss out on a lot of consumer market share by phasing the Fiesta out.

The Fiesta is also sold internationally and the car has proved to be very popular abroad. Ford is going to lose a good deal of loyal customers by exiting the compact car market.