It would appear that Musk is so preoccupied with going into space that he sometimes forgets about expanding his company. Right now, if you were to break down in your Tesla in let’s say, rural America, the odds of finding a Tesla dealership are slim to none. That means you would probably have to pay to have your car towed a very far distance. In addition to that, the dealership network currently planned isn’t much better. Musk has the Tesla relegated to high-income areas.

These are the traditional Tesla buyers, so it’s only natural he would be targeting these areas. But if Musk hopes to grow the company, he’ll need to invest in a more widely-available dealership network. Most car companies have a dealership close by, and Tesla is still one of the few companies that have a limited reach. Mitsubishi (another comparably small carmaker) has a much larger dealership network.

Right now, Tesla is still a very inclusive company, and the people who buy these cars are generally focused buyers. Tesla is still more or less a status symbol, and as such, the company hasn’t invested very much in its customer service department. The call center is very small even as the company has experienced astronomical sales. In order to get parts for a Tesla, you can only go through a Tesla dealer. This means being able to do it yourself has gone away.

Tesla, in contrast, is a very large company and should invest more in customer service. Tesla owners deserve better in the way of parts and repair. Musk has shown great interest in growing the company into one of the largest automakers in the world. This means that you’ll need a top-notch customer service department to get the job done. Tesla is definitely going to want to put more emphasis on customer service.

11. You Have To Buy Parts From Tesla

Want to buy a replacement wheel or a new headlamp? Well, you are only to be able to get it from Tesla. The company is very inclusive with who it deals with, and at this moment you cannot buy replacement Tesla parts from anywhere but Tesla. We have to wonder what the automaker has in store for the future, but as of right now you can’t go down to your local AutoZone and get a part. Tesla has done this on purpose to protect the company’s patents.

But if the company hopes to grow and eventually be a pinnacle of the used car market, people will need access to parts. Tesla needs to branch out and allow consumers to purchase parts as needed. The electric car is the car of the future, and do-it-yourself mechanics are going to own these vehicles as well.

10. They Need An Affordable Model

What has made virtually every car company great? A cheap car. For example, Honda has the Civic; Toyota has the Corolla. But what does Tesla have? Nothing yet. The company needs a cheap car in order to create a new niche in the market. The company will experience new heights of success if it produces a cheap car. An economy car that is electric would be a hit with consumers of all ages. In this tech-savvy day and age, a compact and affordable electric car is a must for any automaker.

The electric car is the future of automobiles. As such, it’s no surprise that a pickup truck would be a welcome addition to the market. The look of the Cybertruck was a shockingly different design, externally and internally. The truck was equated with something out of an ’80s Sci-Fi movie. Musk is pushing to be revolutionary, but in reality, the truck is just a little bit too extreme. 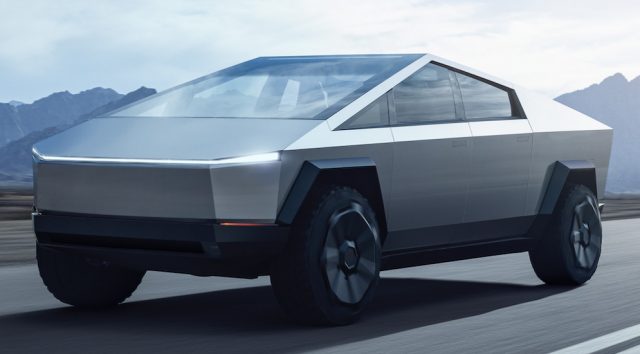 The Cybertruck could have been an amazing vehicle. While it offers a high level of style and design it might just be too much for the current automotive marketplace. Tesla is such a futuristic company and that might hurt things in the long run. To have cars that are so far ahead of their time is not always the best thing.

Becoming a Tesla mechanic is not as easy as it could or should be. The company is very guarded when it comes to trade secrets, and as such there are very few Tesla mechanics out there. It’s for good reason, but nevertheless, there is still a lot of mystery that surrounds the car brand. The company needs to have a clear-cut method for becoming a Tesla repairman because there’s going to be a big market for this. Many car owners don’t want to take their vehicles to the dealership for servicing.

Tesla is alienating a big portion of their clientele by not having a certified training program. The ability to have Tesla -trained mechanics would be much better and would foster growth in the Tesla community. This type of problem has happened before where an automaker has alienated a certain group.

Teslas are expensive vehicles, and the company has made no bones about it. Yet if the company wants to revolutionize the way we think about electric cars, they’re going to need to adjust the pricing. A well-appointed Tesla model can cost thousands more than you’d pay for a comparable gas-powered car. The price point is one of the most important aspects of purchasing a new vehicle, and Tesla has failed to realize this.

Charging an obscenely high price for a new vehicle is a mistake a lot of automakers are doing. But Tesla is doing it all too well and the company needs to change it. Tesla may not make it if the company prices all of its new vehicles at such a high price.

There are very few features that Tesla offers as an option. Musk has been a strong proponent of offering minimal optional features on a new vehicle. Tesla has been known for innovating what the electric car could be. But the models in the lineup have always offered just a one-stop-shop in terms of features. Where you can customize and order gas-powered cars such as a Dodge Charger, on a Tesla you cannot.

Tesla needs to start offering more features. If they open the gates and start offering more customizable features on their lineup of cars, things will change. The company is too boxed off right now from the rest of the automotive industry. Drivers want to have options when it comes to buying a car.

Perhaps one of the biggest mistakes that Tesla has made was not offering a suitable upgrade for the Tesla roadster. The original Tesla has gone without a serious update since its inception. The Tesla Roadster was a car that really never got the love that it deserved. The Model S was the replacement for the roadster and since then, the company has switched its focus onto another vehicle. Still, the Tesla roadster was a one-of-a-kind vehicle that really showed what the electric car could do.

The company needs to work on getting a less problematic way to charge the vehicles. The Cybertruck is going to be able to potentially charge itself, but we won’t know it for sure. Tesla is a brand that is constantly innovating. The quality of the vehicles has changed the way that we think about Tesla as a brand, but the lack of charging stations is a problem.

The Tesla Model S has been one of the most popular cars for the company since its inception. This is especially the case in California, where the car has been a major hit with affluent buyers. But the Model S has its fair share of problems and when it comes down to it, you really want to avoid it because of these. Engine fires have been a big part of the Model S history. Tesla has worked to change this off and on but the Model S still suffers from these problems.

If you can’t trust the car you are driving, it can be a nerve-wracking experience. Tesla needs to work harder to make sure their cars are not problematic or dangerous. Although Tesla has a good track record for the most part, engine fires are cause for concern among new Tesla owners.

2. Dangers of Self Driving

Tesla was one of the first car companies to embrace a self-driving car, and the Tesla Model S can legitimately drive itself on the freeway. But this has also lead to a myriad of problems with self-driving cars. Videos have gone viral of Tesla drivers being behind the wheel of a Model S asleep. This is not a good thing and definitely something that is scary for most other drivers on the road. Self-driving is still a new technology. Tesla has embraced it wholeheartedly, but the company needs to take a break.

The company needs to regenerate what it takes to create a self-driving car. There needs to be more safety features built in, and maybe even something that would wake the driver up each time they fell asleep at the wheel. This is such a dangerous aspect that it definitely ranks as something Tesla is doing wrong.

Tesla is ahead of the curve in design – we know that. But there are instances where the company has taken it too far like the Cybertruck. The Gullwing doors are a little too much to handle, and something that the automotive world really isn’t ready for on a mainstream level. Tesla is a company that has created jaw-dropping car designs. But do we really need gullwing doors to get the point across? Probably not.

The Gullwing doors need to be done with and the company needs to make moderate design changes. The cars are top-notch in terms of design but Tesla needs to change the way that the cars look and feel. Without features like Gullwing doors, they’ll be able to attract more buyers.