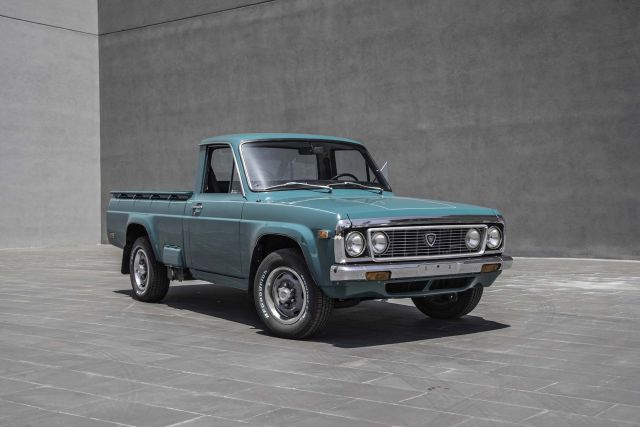 Among all Japanese car companies, Mazda is known for being the most innovative. That is why it kept perfecting and investing in the Wankel engine concept since the late 60’s. The first Wankel powered model was a little sports car called 1100 Cosmo, but soon Mazda started installing this engine into ordinary models. The advantages of a Wankel engine are considerable.

Its small dimensions and weight compared to regular inline units, high revving capacity, and simple construction are some benefits. However, the disadvantages are also significant because Wankel engines have little torque, are not durable and since the construction is so specific, spare parts and components are hard to come by.

This is why it was strange when Mazda decided to install a small Wankel engine in its B-Series pickup truck in 1973. The B-Series was a common Mazda compact truck they sold globally. The version with the Wankel engine had 110 hp from the diminutive 1.3-liter engine, which was enough since the whole truck was little over a ton.

The interesting thing was that the red line on this little engine was 7,000 rpm, which made driving a B-Series truck much like driving a sports car. Unfortunately, a truck equipped with this kind of engine wasn’t capable of towing or carrying a lot of weight, but it looked cool and sounded awesome.