12 Affordable Ferraris That Cost Less Than The Full-Size SUV

Owning a Ferrari is a common dream for many car enthusiasts. For over 70 years, this small but renowned Italian company has been the symbol of exotic import sports cars they’ve fueled with passion, sleek designs and a need for speed. Ferraris are the personification of a dream car for generations of car fans all over the world. However, there is only one small obstacle if you want to be the proud owner of a famous Ferrari. That’s right – Ferraris are notorious for their high prices.

In fact, one of the first cars to achieve the highest price in classic car auctions were those old Ferraris. The current record is held by the 1962 Ferrari 250 GTO, which was sold in 2014 for a staggering $38,115,000. That’s an insane amount of money that boosts the prices of other models and keeps them out of reach of most car collectors. So, what should you do if you want a red sports car with a prancing horse, but you didn’t win the lottery? Look for second-hand Ferraris and choose less desirable, but still attractive models.

To help you decide which Ferrari to buy, here is a list of second-hand Ferraris from $30,000 to $60,000. This makes them affordable compared to those newer models or sought-after classics. Remember, the maintenance costs of Ferraris are notoriously high, so you keep that in mind before you decide to purchase one. But for older cars, the cost is somewhat affordable.

And if you are mechanical, you can also save a lot by doing some work by yourself. Even if you lack a significant amount of disposable income, it could still be a good time to own a Ferrari on a budget. 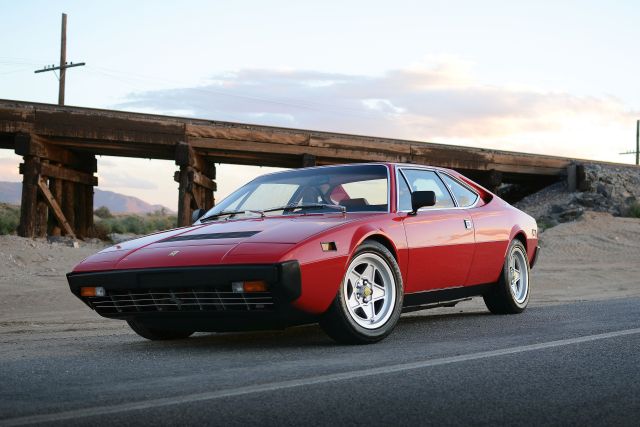 Back in the mid-60’s, Ferrari introduced the Dino 246 GT. It was an entry-level model with a V6 engine instead of the mighty V12. At first, hardcore enthusiasts dismissed this car, but the public accepted it. So, it sold well, bringing the company the financial stability it needed. The successor of the groundbreaking 246 GT was the 308 GT4 Dino, which Ferrari produced from 1973 to 1980.

The 308 GT4 featured several interesting things, such as an angular design by Bertone, and not Pininfarina as people expected. Ferrari’s road-going V8 engine and 2+2 seating configuration meant the GT4 had more space for occupants and luggage. It was also considerably less expensive even when new. Ferrari intended it as a car for everyday use.

Available with either a 2.0 or a 3.0-liter V8 engine, the Dino GT4 delivered 170 to 240 HP. These are not impressive figures by today`s standards. However, the car is light and handles great due to its mid-engined layout. It also produces a glorious soundtrack and a true sports car feel. The current market value for a nice, driver-quality Dino GT4 from the mid-70’s is around $45,000.