12 Affordable Ferraris That Cost Less Than The Full-Size SUV 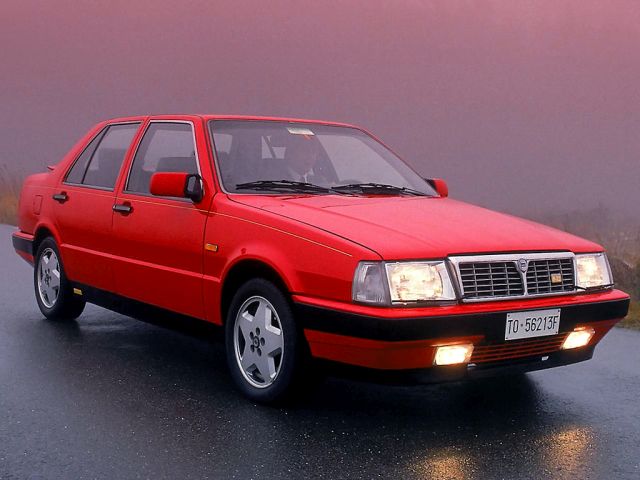 Ferrari never officially built a four-door sedan, but Lancia did. In 1986, they introduced the Thema 8.32. This was a top of the range Lancia model at the time. It featured Ferrari’s transversally mounted 3.0-liter V8 engine from the 308 GTB Quattrovalvole; hence the name. It had eight cylinders with 32 valves.

This wasn’t the first time Ferrari borrowed an engine from Lancia. Some 10 years before the Thema 8.32, the Lancia Stratos received a 2.4-liter V6 from a Ferrari Dino. However, it was the first time a Ferrari engine powered a luxury sedan. The Thema 8.32 produced 212 HP and had a seven-second 0 to 60 mph time. This was fast for the day and for a front-wheel drive sedan.

To call the 8.32 a BMW M5 competitor would be a stretch, but the Thema Ferrari was a comfortable cruiser with lots of style. Of course, Lancia offered a high level of standard equipment and a long list of luxury options, too. Lancia discontinued it in 1992, selling just 3,000 Thema 8.32s. This model is unknown to American enthusiasts since Lancia never imported cars officially to the U.S. in the late 80’s.

The Thema as a model is mechanically similar to the Alfa Romeo 164 or SAAB 9000 that they sold in America. Fortunately, the Thema 8.32 is now over 25 years old, which means they can legally import it to the U.S. The prices of the Thema in Europe are below $20,000, which is affordable considering the rarity and provenance of this extraordinary Italian sedan.

These affordable Ferraris cost less than a full-size SUV, so if you have always dreamt of driving one, now is the time to make your move. You could be the proud owner of a cool Ferrari.

Sad Photos Of Real Cars That Were Ruined By Irresponsible Owners
POPULARCameron EittreimMay 27, 2022 39: Moldy Smell This customer came into a mechanic’s shop complaining about a moldy smell...

50 Worst Cars To Come Out Of The New Millennium
POPULARCameron EittreimMay 25, 2022 39: Jeep Compass Jeep vehicles are more popular than ever and that fact doesn’t seem...
- Advertisement -
Advertisement
Please wait 5 sec.