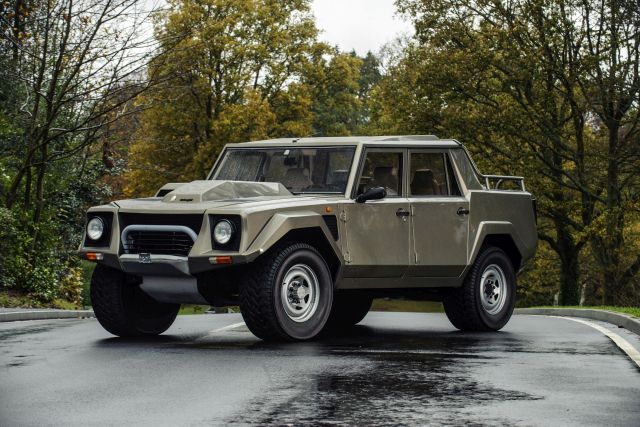 To be honest, LM002 is somewhere between a truck and an off-road SUV since it has four doors, a double cab, and truck bed behind. This crazy creation debuted in the mid-’80s as Lamborghini’s attempt of entering the world of luxury SUVs and widening its appeal. The LM002 uses a special chassis and suspension and Lamborghini`s famous V12 engine.

The 5.2-liter engine with 400 hp was the same one as you would find in a legendary Countach. For those buyers who thought that 400 hp is not enough, the factory could supply the LM002 with a 7.3-liter monster V12 engine from a racing boat. Nicknamed “The Rambo Lambo,” this truck was a rugged and desert going version of the supercar Lamborghini is well-known for making.

Despite the enormous power and tough looks, LM002 was a failure since it was hard to drive on the road. It had an enormous thirst for fuel and problems with off-road stability. It was extremely expensive. Michelin made tires exclusively for this model, which you still can find today at an astronomical price of $5,000 per tire. So, just to have your tires changed on your Lambo LM002, you will need $20,000.

As you could imagine, the production of this strange vehicle was not high. Only 301 models left the Lamborghini factory, which is still a considerable number knowing all the facts.