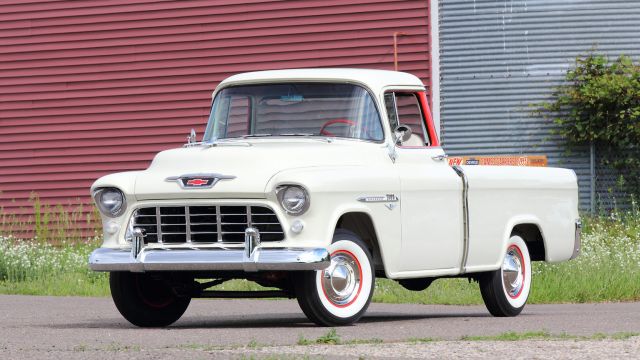 Before the 1955 to 1958 Chevrolet Cameo, pickups had a stepside design of the truck bed. This meant that beds were made with sculpted rear fenders and often with wooden sides. It was a production method dating back to the first trucks from the early 1920’s. But, as one of the biggest pickup manufacturers in the U.S., Chevrolet introduced fleetside truck bed on the new 1955 models.

The Cameo was an upscale version of a standard Chevy truck with a V8 engine, updated equipment and a higher price. Some earlier versions even featured a fleetside bed made out of fiberglass, not steel. They discontinued the Cameo as a model in 1958 but the fleetside style continues to this day after most truck manufacturers quickly accepted it.