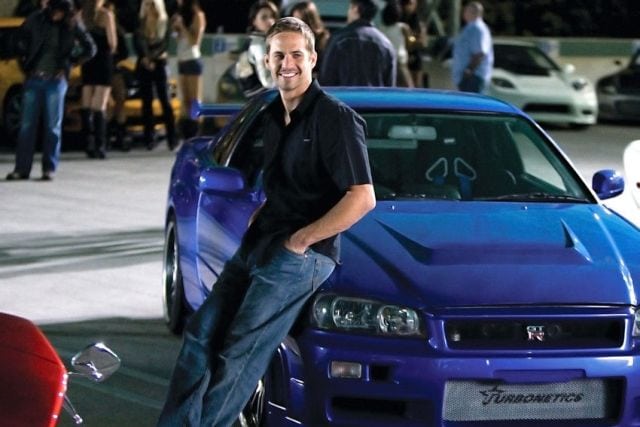 When the first Fast and Furious movie came out in 2001, it was barely more than a niche film that explored the unknown world of underground street racing. Soon, the movie gathered quite a cult following, which prompted the sequel, 2 Fast 2 Furious in 2003. After 2F2F, the popularity of the franchise exploded. It became one of the most popular series of blockbusters and offered its ninth installment, The Fate of the Furious, in 2017.

However, the franchise took a hard hit with the untimely departure of its main star, Paul Walker, a true car enthusiast and talented actor. He tragically lost his life in a car accident in 2013, but his legacy continues to live through his colleagues, friends, and fans.

The franchise turned into a worldwide hit and changed the modern car culture forever. Some cars exploded in value, becoming more and more popular well beyond the street racing counterculture. A whole new breed of certified future car classics was born. During the franchise’s progress, they’ve raced everything including Japanese tuners, classic American muscle cars, and high-end European exotics. Throughout the Fast and Furious movie franchise, there has always been a car to lust about.

Car enthusiasts can find lots of Fast and Furious cars in virtually all price ranges, from just a few thousand dollars to well into the multimillion-dollar territory. This is especially true for the cars from the latest Furious franchise movies.

Search through the early days of the franchise, and you will find some of the most iconic cars in automobile history. They have left a big mark on the audience, as well as the entire car culture. Some cars on this list were actual movie cars the actors drove, while others were easy to replicate for the film franchise. However, all of them are icons of the 21st-century car cinema.

No list would be complete without the most iconic automobile from the series, Paul Walker’s Nissan Skyline R34 GT-R. This notorious car originally sold only in Japan, Australia and New Zealand. In fact, it was famously banned in the U.S. because it was a RHD-only car with an enormous tuning potential popular among the underground street racing crowd. In its stock form, the R34 GT-R had around 280 HP coming from the turbocharged 2.6L Inline-6RB26DETT engine.

The movie car, however, was a 500-plus HP beast with a C-West body kit. It sported the iconic silver paint with blue stripes throughout the car. Other mods included six-spoke three-piece HRE rims and a C-West spoiler wing, which complemented the wide body kit.

In 2013, the actual movie car in the 2009 Fast & Furious movie emerged for sale in Germany. It was in full running condition featuring more than a few upgrades including 19″ Volk Racing RE30 wheels, upgraded brakes, a rear seat delete, custom HUD, a Sony audio system and a Nismo body kit. The price was a cool $1.3 million.