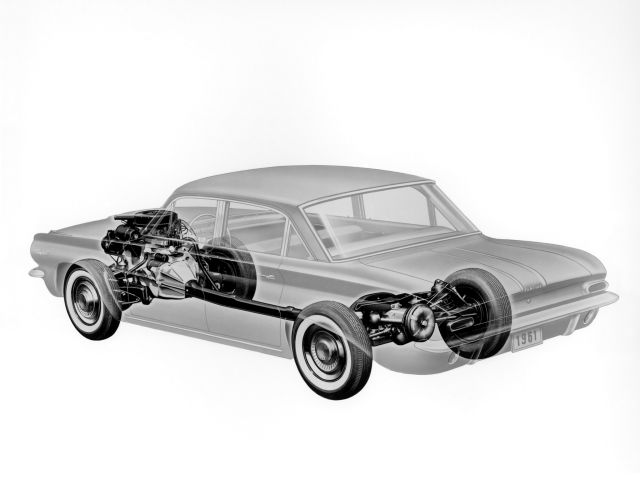 In the early 1960s, all major U.S. car makers introduced compact models. Chevrolet had the Corvair, Ford had the Falcon, Plymouth had the Valiant and Pontiac had the Tempest. In most cases, those compact models were only smaller versions of bigger cars, sharing design cues and mechanicals. However, Pontiac went a different route and presented one of the most advanced and most interesting American cars of the era.

The new Tempest had an independent suspension at a time when all cars used a live rear axle. Also, it featured an economical four-cylinder engine, which was a cut down V8 when all competitors had six cylinders. In addition, the Tempest used a rear mounted gearbox, the transaxle design, which was unheard of at the time. Today, only the most expensive Gran Turismo Coupes like the Aston Martin or Ferrari use this system. But in the 1960s, Pontiac was the only production model with this solution.

Additionally, the Tempest didn’t have a conventional drive shaft to connect the engine in the front with the transmission in the back. Instead, it used torque tubes with cables inside. This gave the Tempest an almost ideal weight distribution and perfect handling. And it even had enough room for six passengers thanks to the omission of the transmission tunnel. So, compared to the rest of the compact car field, the 1962-63 Pontiac Tempest was from another planet.

During its lifespan, Pontiac sold over 200,000 Tempests, making this model a success. But in 1964, the company introduced a bigger, much more conventional Tempest. Despite its revolutionary mechanics, perfect driving dynamics and motorsport success, most people forgot about the first-generation Tempest. Today, only diehard Pontiac fans remember it. In fact, you will rarely see it in car shows and the parts are scarce.