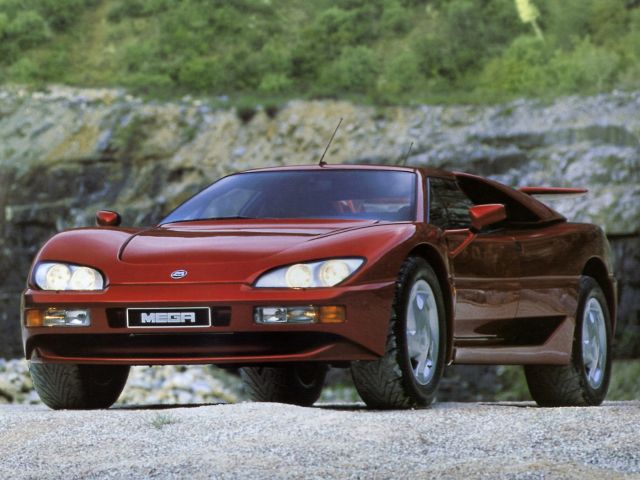 One of the most interesting forgotten supercars ever to hit the streets was the French Mega Track. The Axiam company built it in the mid-1990’s. The Mega Track was the first and only off-road supercar ever. You may wonder how it is possible to create a supercar capable of going off-road. The Axiam company managed to produce a vehicle with an adjustable suspension that could transform from a regular sports car to an SUV in a matter of seconds.

The complicated system allowed it to expand from eight inches to 13 inches of ride height. So, in just one moment, the Mega Track could become a true off-road beast. Better yet, behind the driver was a massive 6.0-liter V12 engine from Mercedes-Benz. And it produced 400 HP and powered all four wheels. The concept had its drawbacks, though.

The Mega Track weighed over two tons and was over 16 feet long, which is more than the Mercedes S-Class. Axiam was famous for producing small micro cars and various automotive industry components. However, they didn’t have the time or the interest to promote the Mega Track. So sadly, they ceased production after making only five or six cars, depending on the source.