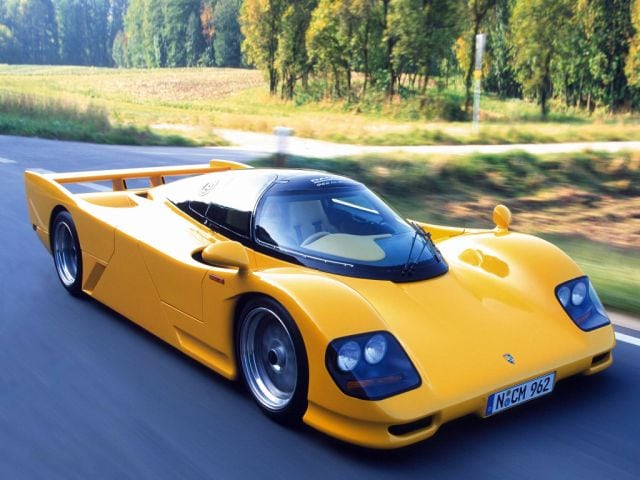 The Dauer 962 Le Mans is possibly the most ultimate supercar they ever built. It is so fast, it could put the latest supercars to shame, even though it is over 20 years old. And the main reason is that they derived the 962 Le Mans directly from the Le Mans-winning Porsche 962 race car. The German company, Dauer, built this supercar between 1993 and 1997.

It is basically a race car with some trunk space and a place to put your license plates. In those days Porsche wasn’t directly involved with Le Mans racing. However, they supported small teams and companies using their cars. Because Dauer was one of those racing outfits, they received help from their factory. However, the rules demanded they had to produce a street version. So Dauer offered them in the form of 926 LMs to the public.

They used the same engine, chassis and body for their street car with two interesting differences. They had narrower tires with street treads and a more powerful engine. Interestingly, the street car was faster than some racing models since race cars had to have air restrictors, but street cars didn’t. The Dauer 962 produced 750 HP from its 3.0-litre turbocharged flat six engine.

The performance figures were also crazy. The 0 to 60 mph time was 2.8-seconds and the top speed was 251 mph. But the problem with this model was that it was too much for most owners. The only drivers who could enjoy the full potential of this car were retired racing champions with their own backyard race track. Since most supercar owners buy their cars for looks, the production was low at only 12 cars.